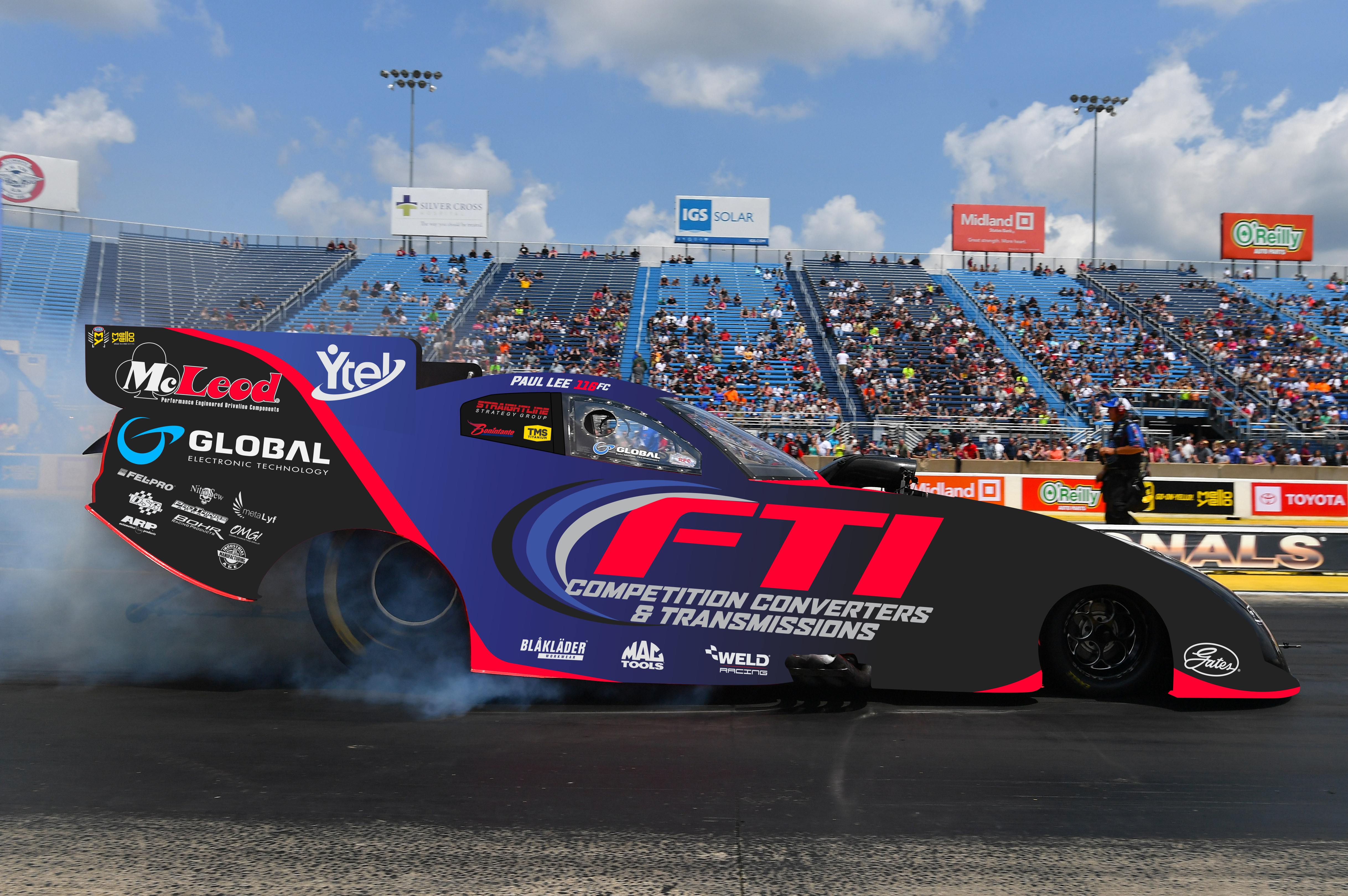 Paul Lee, owner and driver of the Global Electronic Technology Nitro Funny Car, will be sporting a new FTI Performance livery in honor of competing at FTI’s home track in Gainesville, FL. Lee acquired the FTI Performance company in August of 2019. FTI is the leading supplier to the hard core drag racer specializing in torque converters, automatic transmissions, and gear boxes. Lee will be hosting FTI founder Greg Samuel and the rest of the FTI employees on Friday of the Gators.

FTI Performance, based in DeLand, FL, is a reputable company within the grassroots drag racing circuit. With multiple wins in several of the high dollar bracket races and Danny Nelson claiming the Top Dragster title with NHRA in 2019 to multiple titles in the Pro-Modified class, FTI is no stranger to the world of drag racing.

“My vision has always been to grow and become the market leader in the high performance and drag racing drivetrain industry,” says Paul Lee, owner of McLeod Racing. “I have been drag racing for 40 years. I love this sport and I love this industry. The acquisition of FTI is a perfect balance and addition to McLeod Racing. Now, with both FTI and McLeod, we have a compete solution in the automotive performance drivetrain market making us a one stop shop for any of your drivetrain needs, manual or automatic.”

Lee and crew chief Jim Oberhofer enter the weekend with a fresh perspective on nitro funny car racing. With great early numbers in qualifying in Phoenix and to run the fifth quickest time on Sunday eliminations, the team is eager to see what the Sunshine State has to offer.

“We have been running terrific, but just need a little of that first round luck to come our way,” says Paul Lee. “I’m ready to have a longer race day on Sunday. Jim O and the boys are in sync now and we are ready to take on the caliber of racing that NHRA provides. And to host the FTI employees will be a great team bonding experience and we hope to go to the top.”