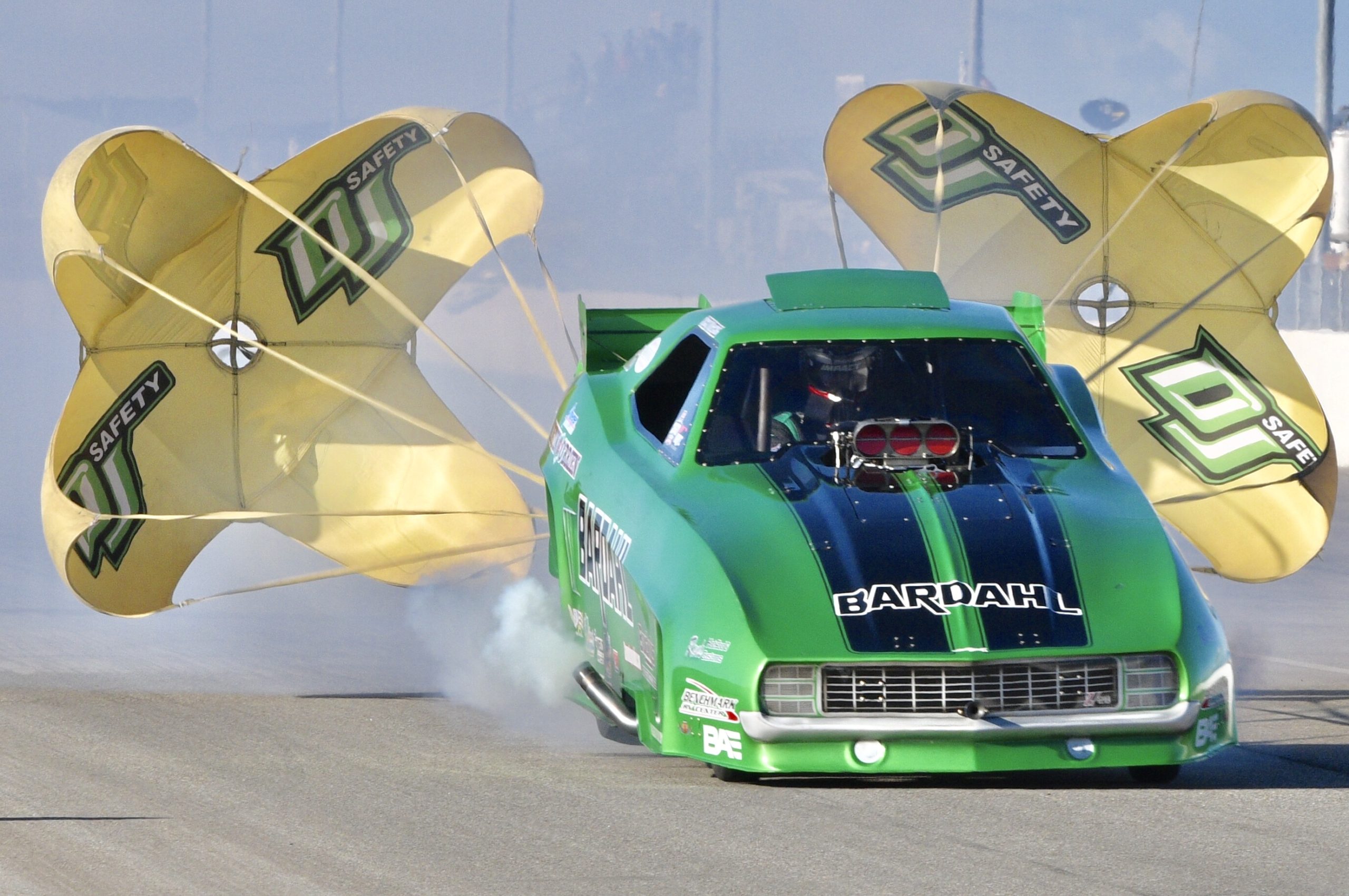 But when he repeated this year at the 61st annual March Meet, held at Auto Club Famoso Raceway near Bakersfield, California, the magnitude of the moment was not lost on him.

“To win the March Meet once is a huge honor, but to win it twice in a row is crazy,” Cottrell says. “I’ve been in a couple finals at the March Meet in my previous cars, but never pulled it off. Obviously, it’s a very short list of March Meet winners and some of the greats are on that list.”

Cottrell piloted the Bardahl 1969 Camaro, powered by a 426ci Brad Anderson Hemi, to a 5.718-second, 249.03 mph blast down the quarter-mile in the final round. That was good enough to defeat first-time Nostalgia Funny Car driver Jerry Espeseth, who struggled with an 8.959.

Cottrell’s car owner and crew chief is none other than Bucky Austin, a legendary name in the sport of drag racing, and the two have formed a lethal combination.

“When I got the call to see if I wanted to drive for him, it was pretty cool,” Cottrell admits, “but when I hung up the phone, I paused and had to ask myself, ‘Did that really happen?’ To drive for a family like his – they’ve obviously made their mark in drag racing – has been a huge honor for me.”

And even with the dominance they’ve shown together as a team, Cottrell still jokes as though he is a child being monitored closely by a parent. 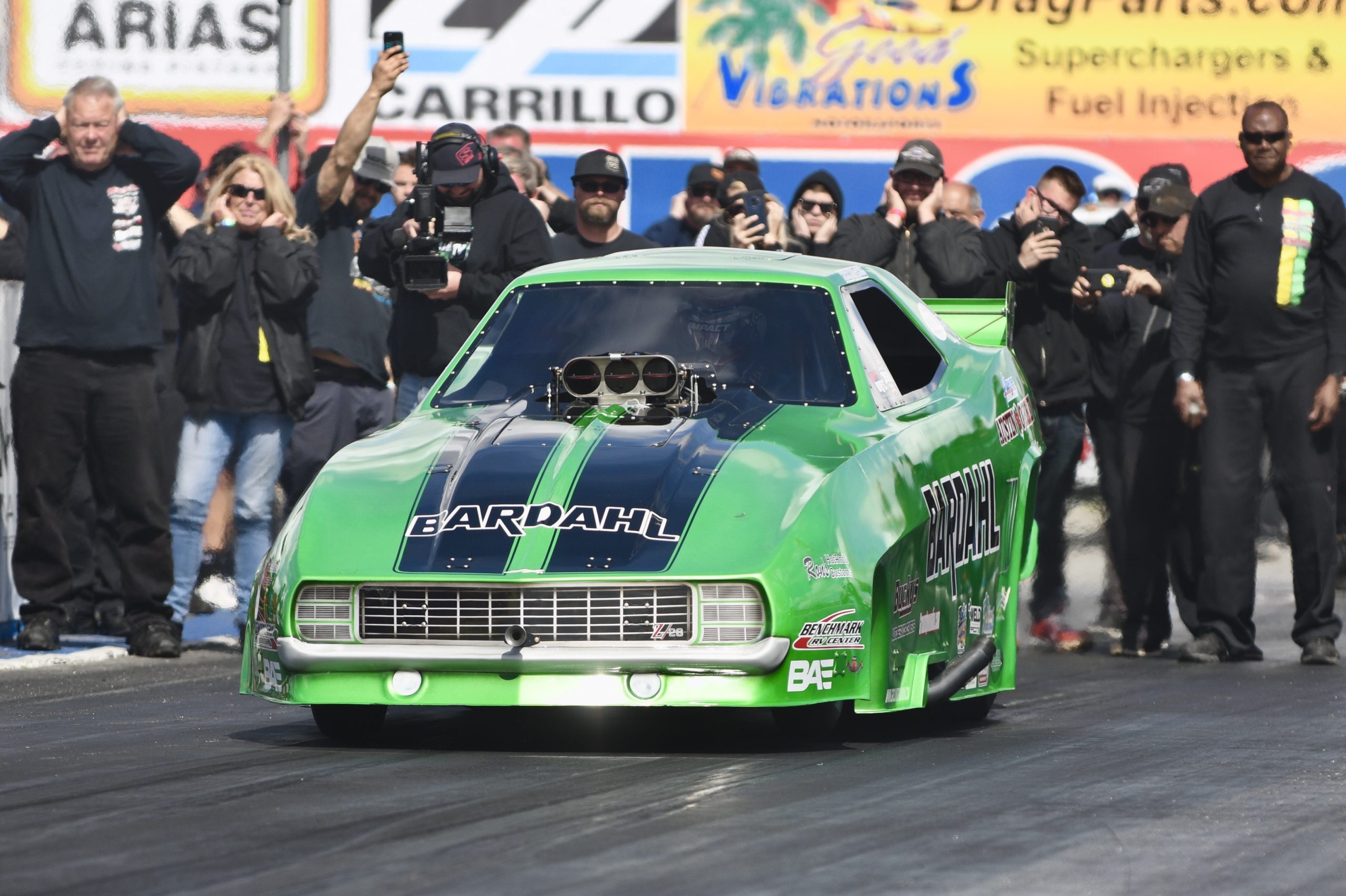 “One of the things I respect the most is Bucky already knows what I did in the car during the run by just watching – but he will ask me anyways to see if I make excuses,” Cottrell says, laughing.

In a world where high-tech electronics and cutting-edge performance parts are seen as musts to be competitive in the sport, Cottrell believes the formula of nostalgia drag racing sets it apart.

“I think nostalgia racing is on the upswing,” Cottrell says. “I believe it’s one of the most affordable ways of racing, and it’s just flat-out cool. These promoters are going back to what works. They’re making a show out of it. We need to put on a show that makes people excited to come watch.”

And when it comes to putting on a show, the March Meet sets the standard in the industry.

“I don’t think I’ve talked to one person who is into drag racing who doesn’t know what the March Meet is,” Cottrell says. “I consider it like a national event for us nostalgia racers. I believe it’s important to keep the tradition going so it will be around for the generations to come.”

With all their recent success, one might think Cottrell and his team are looking to move up to the professional ranks, perhaps even to the modern-day version of nitro floppers. But Cottrell is in no rush to move on just yet.

“First and foremost, we love the sport of drag racing. We just click, and every one of us is hungry to win. That’s what gets me fired up!” Cottrell says. “I set my goals as a driver very high, so I go into every race with the mindset I need to win. My ultimate goal is to be able to make a living racing. I can’t say what the future holds, but I’m enjoying what I’m doing.”