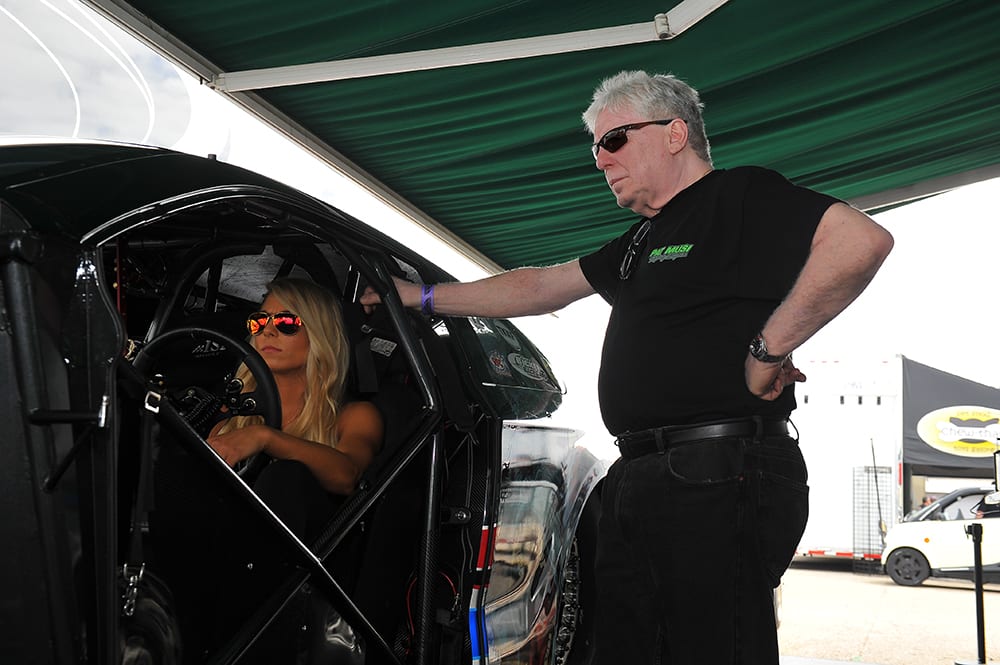 “This is a huge opportunity for me to be involved in something like this. Right now, the schedule is five races in Bahrain and five races in Qatar. I have to prep a car over here to send overseas for Mahana Al-Naemi to drive, then I’ll be involved with tuning the cars once I get over there. We’re just excited about it. It’s a big deal for me,” Musi said.

Musi’s 10-race schedule with the Al-Anabi team will begin with the first race of the Bahrain Championship Drag Racing series, Nov. 8-11, at the Bahrain International Circuit. The other five races will be a part of the to-be-announced Arabian Drag Racing League schedule at Qatar Race Club (QRC).

In between races, Musi is looking forward to a rigorous testing program on the QRC dragstrip, considered by many drivers and crew chiefs to be one of the nicest racing surfaces in the world. The consistent weather conditions in Qatar make it the perfect place for the engine builder and tuner to test out the latest and greatest pieces out of his Mooresville, NC-based Pat Musi Racing Engines shop.

“I haven’t been over to Qatar in a few years, but when we did go over there the testing we were able to do was invaluable. We were able to make more runs over there in a matter of a few months than we could make here in two years. Probably five days a week you get to make six or seven runs a day, so you really get to try a lot of stuff under the same conditions. That’s what’s really, really killer about the whole deal,” Musi explained.

The opportunity to take his tuning expertise to the Middle Eastern drag racing mogul’s race team isn’t lost on Musi, whose nitrous engines can be found in numerous race-winning entries in the NHRA Pro Mod and PDRA Pro Nitrous, Top Sportsman and Top Dragster ranks.

“We’re really excited about being involved with K.H. and Al-Anabi,” Musi continued. “Look at everything they’ve done. He’s a diehard racer. I think that he’s bringing a lot to the table, and for me, it’s a golden opportunity.”