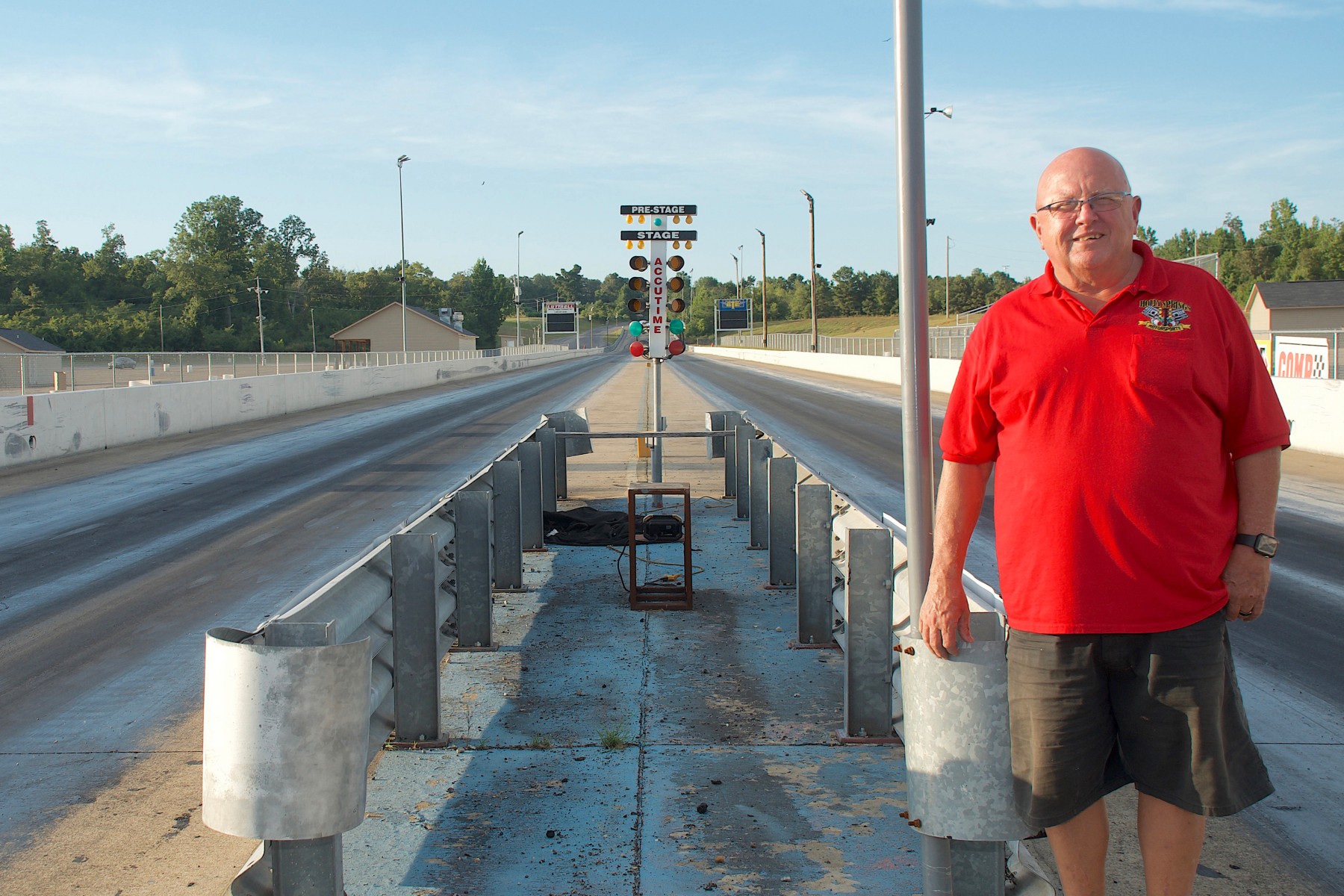 This coming December 23 will mark five years since a devastating tornado completely flattened Mississippi’s Holly Springs Motorsports. The events of that day, just 48 hours before Christmas, is told in a riveting account from Terry “Jabbo” Forsythe, who along with his wife, Carol, bought the lease to the track a decade ago and narrowly escaped with their lives in 2015 when a tornado ripped through their town, completely destroying their home and business. “Our house was located on the grounds of the dragstrip and had we been home that day, we would have most certainly died,” says Forsythe.

Jabbo and Carol had taken their two dogs to the groomers that day, which was something Jabbo says they had never in their lives done previously. “We wanted the dogs to look nice for some Christmas portraits that we planned to take and that’s the reason we took them to the groomers for the first time ever.”

[Editor’s Note: This column originally appeared in DI #160, the Crew Chief Issue, in September of 2020.]

They had no more than picked up the dogs and were heading home when their iPhones began to send out a severe weather alert. A few minutes later their phones began to shriek out an even stranger sound, followed by the dire warning that they were in the direct path of a devastating tornado! “I couldn’t believe what I was hearing because when we left to drop off the dogs it was a calm, partly cloudy day with no real threat of severe weather that I could see.”

Suddenly, as they came upon a hill and had an unobstructed view they could actually see the tornado in the sky. “I took this picture with my iPhone,” says Jabbo, as he showed me the image of the black funnel that seemed to cover the entire sky. “We knew we weren’t going to make it home, so we called our friend, Shane, who owns a Shell Quick Lube station to see if he was at work and when he answered we told him we were headed his way.”

Once at Shane’s place, the three of them quickly retreated to the oil changing pit to ride out the storm. “Shane owns businesses all over town and he was concerned with what was happening, so he kept going up and down the stairs to take a look around and when he came back that last time I’ll never forget the look in his eyes. He knew the track and our home had been lost.”

When the sounds of a passing freight train had ceased, Jabbo and Carol tried to drive over to the track, but trees were down across the highway, so they took the back entrance to get to the track. But there wasn’t a track or a house anymore, only piles of debris where a home and thriving business had once been. “When we rounded the top of the hill and Carol looked down and saw everything, she just lost it.”

Jabbo tried to be the calming voice of reason and tell how everything would be all right. “I kept saying things like, ‘It’s just a house’ and ‘We’ll be fine,’ but the reality was…the only clothes we had left were the ones we were wearing. We had our two dogs and the only vehicle that survived was Carol’s car, which we were traveling in.” Everything else they owned was wiped off the face of the earth.

As they got closer to the track, the destruction was almost indescribable. The tower that once stretched across the starting line was simply gone. They never found a large piece of it, only tiny fragments.

Under the tower was where they parked their cargo van, decorated nicely with “Holly Springs Motorsports” on it. The tornado picked up the van and sent it crashing right through the concrete retaining wall nearing half-track.

Directly beside the tower they kept a metal storage container – the kind you couldn’t dent with a sledge hammer. It’s where they stored the Christmas tree and various lawn mowers and equipment. They finally found it up in the woods, barely even recognizable. “We didn’t even bother bringing it back, we just left right there in the woods.”

Among the most memorable, mainstream media images of the tornado was actually photographed at the dragstrip and went viral on social media. The photo depicted a huge motorhome that was turned upside down on top of a pile of rubble…which just happened to be the dragstrip’s concession stand!

“Tornados do strange things, take our Chevy S-10 for example,” Jabbo says. “This thing had a bed liner in it that should have taken off and flown like a kite, but instead, it was gently lifted out of the bed of the truck and was laying on the ground right beside the truck. Meanwhile, parked directly beside the S-10 was our skid steer that weighs 15,000 pounds…and it blew away! You could look at the asphalt and see every time it turned over!”

The tornado literally sucked the grass right from the ground and left it bare in places. Jabbo’s pristine-condition 2004 Monte Carlo SS was found in the woods across the highway several days later. They came carrying it back with one of those knuckleboom loaders that’s used in the logging industry.

“The real ‘Twilight Zone’ moment happened when I received a call from my mother’s first cousin several days after the tornado, telling me that my mom’s obituary was found in their yard,” Jabbo says. “My mom died in October a couple months before the tornado and the funeral home made me this nice laminated copy of her obituary. I kept it in my Bible as a bookmark. After the tornado, my Bible was never found, but my mom’s obituary landed in her first cousin’s yard, 70 miles away in the town of Parsons, Tennessee.”

Meanwhile, the lengthy and daunting task of cleaning up the track was accomplished at zero cost, thanks to the endless efforts of the drag racing community, which proved astounding, yet completely typical. Insurance, however, only paid for about half of what was lost. “With the amount of insurance we have now, we actually want a tornado to hit!” jokes Jabbo.

The track was reopened the following April, and while the reconstruction was underway, Jabbo and Carol lived in a motorhome that their friend, David Glidewell, brought out to the track for them. Needless to say, the Christmas of 2015 is one they’ll never forget.

So, as the five-year anniversary of the Holly Springs tornado is rapidly approaching, many reflections will be made from that extraordinary day, not the least of which is how the racing community will always come through, no matter how great the need.