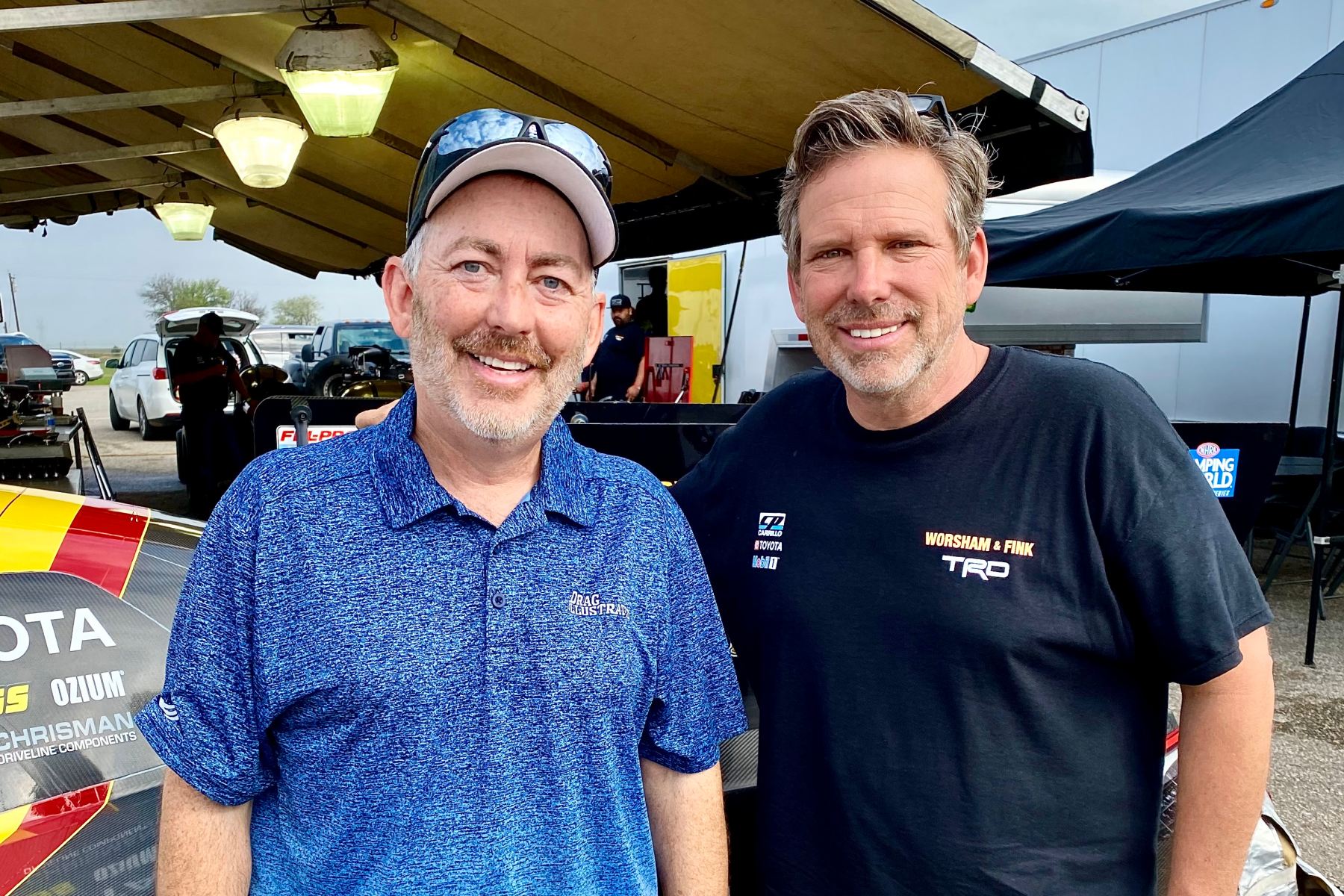 When I heard that Funny Car veteran Del Worsham was going to be competing in the historic Funny Car Chaos season opener in Ennis, Texas, in late March, I instantly remembered the first time I interviewed him 29 years ago. I couldn’t wait to see him in Texas and follow up on something that he casually mentioned to a group of us reporters nearly three decades ago.

The year was 1992 when I first met Worsham, a lifelong Californian who had already won his first NHRA national event at age 21 the previous year. In 1992, IHRA once again included the Nitro Funny Car division in their professional lineup after dropping the class the previous year when funding fell short. Worsham raced in both sanctioning bodies that year and picked up a couple of event wins, including the IHRA Spring Nationals in Bristol, where I was reporting on the event for my local newspaper.

IHRA’s publicity director at the time, Patrick Jaynes, brought Worsham into the media room after his win. A band of reporters were present to hear his thoughts on winning the event and learning what his future endeavors in drag racing might look like. That’s when he uttered the words I never forgot: “I promised my grandmother I’d go to college if drag racing didn’t work out!” Hard to believe that was nearly 30 years ago.

So, fast-forward to Ennis, Texas, last month when I reminded Worsham of that interview and the promise he made to his grandmother. His eyes got wide and he paused for a moment, slightly stunned that a then-teenaged newspaper reporter would remember such a tiny detail from that weekend. “Wow, I haven’t heard that in like 25 years!” he laughed.

After nearly three decades I was finally going to follow up on the interview from 1992, still curious to learn why he made that pledge to his grandmother and not to his favorite high school teacher or mentor, coach or similar role model.

So, as Worsham and I sat together on the tailgate of a pickup truck at the Texas Motorplex, I once again turned on my voice recorder as he spoke candidly about the role his grandmother played in his life and early racing career. “My grandmother helped me financially. When I first started racing I didn’t even have a trailer for my race car, so she actually bought me a trailer,” he explains, smiling as he reflected on the memory. “My grandmother was a huge inspiration and probably the biggest supporter I ever had, and yes, she did make me promise her I’d go to college if drag racing didn’t work out!”

At one point in his career she followed him around the country and cheered him on as he fielded a very competitive team in NHRA Funny Car, as well as Top Fuel for some time. “She actually drove herself to all my races and didn’t miss a single one in six years!” he smiles.

Amazingly and quite fittingly, she lived long enough to see Del win his first NHRA world championship in 2010 before passing away approximately one month later. “By 2010 she was in assisted living and wasn’t doing well, but she was completely aware that I had won the championship and she passed away shortly thereafter.”

Worsham went on to win the championship again in 2015, and has become a seasoned veteran of the Funny Car ranks in the years that followed. 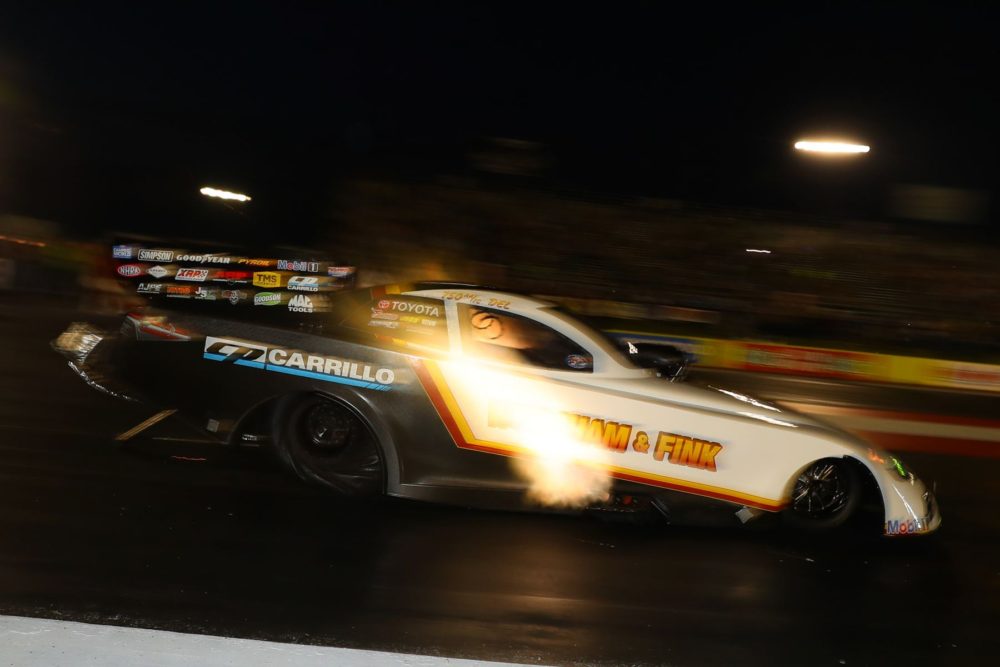 These days Worsham continues to do quite a bit of exhibition racing and even has a Funny Car in the country of Qatar that he runs while in the Middle East. He also stays busy teaching people the craft of driving Funny Cars, upgrading their licenses, and also tuning for NHRA Funny Car competitor Alexis DeJoria.

Most recently, Worsham put on a magnificent show at the Funny Car Chaos season opener, qualifying No. 1 and going all the way to the finals, before smoking the tires on the last run of the evening, which allowed Kyle Smith to pull ahead and score the well-earned victory.

Over the last 30 years I’ve seen many racers come and go, many whose careers burned brightly at first before burning out completely for various reasons. And then there’s a small handful like Worsham, who’s managed to stay in the game, travel and race abroad, teach people to drive 330 mph Funny Cars and continue carving out a good living doing what he loves. Best of all, though, he’s a gentleman racer and a tremendous ambassador for the sport.

And no, he never had to fall back on “plan B” either…and I doubt he ever will at this point. Ever since that first interview 29 years ago, I knew this was a guy I could easily root for, and I can’t help but believe that “Grandma” Elaine Worsham would be mighty proud of his accomplishments and completely satisfied that drag racing is still very much “working out” for him all these years later.