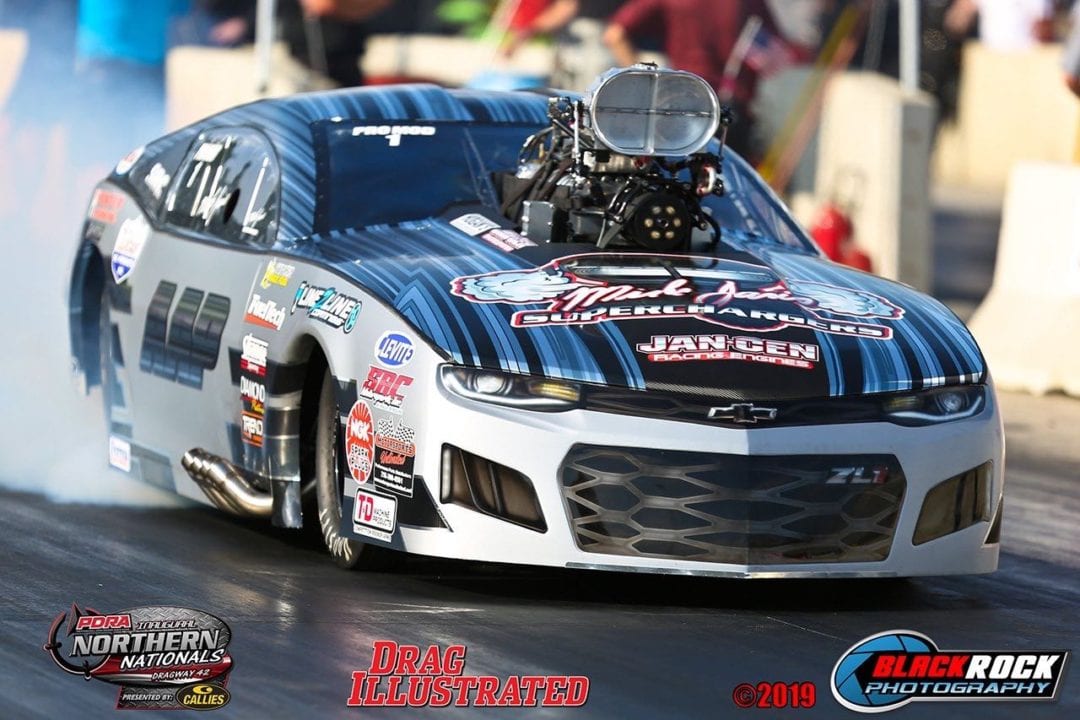 Mike Janis likes being the reigning NHRA Pro Mod champ so much he’s willing to do just about anything to keep the status.

That includes debuting a new car right before this weekend’s U.S. Nationals, his way of doing whatever he possibly can to try and track down points leader Stevie “Fast” Jackson.

It will take a Herculean effort to catch Jackson, but by debuting a new blown Wally Stroupe-built ZL1 Al-Anabi Performance Camaro in Indy, Janis is ensuring he’s leaving no stone unturned when it comes to trying to win a second straight title.

“To make a run at the championship over these last four races, we can’t run with everybody. We’ve got to try to find some kind of advantage,” Janis said. “At the end of the day, we’re not running for second place. We want to win the championship and that’s the only chance we felt we had, going outside of the box. We needed to do something and give ourselves a shot. This is what we feel gives us the best chance.” 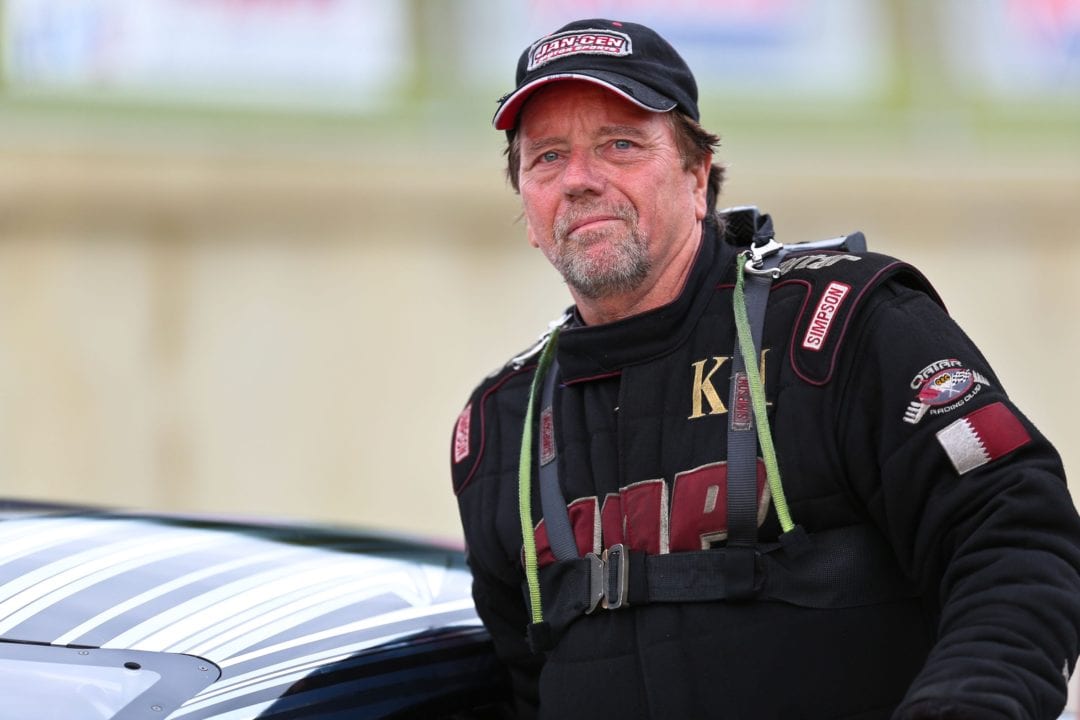 Even with that in mind, it wasn’t until Saturday that Janis and his team, which includes his son, Mike Jr., decided to bring out the new car for the final stretch of the NHRA Pro Mod season.

The class got a two-month break following Norwalk, allowing Janis to bring out the new car. They ran a PDRA race last month and then tested last weekend at their home track, Empire Dragway in Leicester, New York.

What they found was a car already ahead of the pace of the old one, running a 3.77 at 197 mph in the eighth-mile.

That matched the previous car, which ran those numbers in Norwalk with more overdrive – before the rule change – and better conditions. For Janis, that was all he needed to see with Indy quickly approaching.

“It was a long, thought-out decision,” Janis said. “But we thought we had a good test session and we’re really excited about it. Hopefully this gives us the best shot to win the race and have a shot at a championship.”

That makes Janis a definite longshot to repeat, but the odd thing is the veteran’s 2019 season is actually shaping up to be better than his championship campaign from a year ago.

He won in Charlotte and has three additional semifinal appearances during a consistent year, but the difference has been Jackson’s lights-out performance in 2019. That’s been hard to top, but Janis is still holding out hope he can make a late-season run.

He’s also determined to be ready if Jackson somehow falters down the stretch.

“It’s just going to be about making good, fast consistent runs, and hopefully Stevie goes out early,” Janis said. “He’s been great all year, but it’s still anybody championships and it can turn around fast. If we have to light it up, we’ll light it up. We’ve got enough parts in the trailer to do it.”

Janis certainly won’t be holding anything back to finish out the season, and that mindset starts at Indy, where he won in 2013 and went to the finals in 2015.

It’s the biggest race of the year and to debut a new car at the Big Go is meaningful for Janis and his team. Adding a seventh career NHRA Pro Mod Wally in its debut would only add to those feelings.

“To go to the biggest race of the year with this deal is cool,” Janis said. “We’ve made 14 runs with this car and it’s gone down the track every time, so that’s a plus. We’ll see what it has in Indy. We have a whole gameplan and if we make a good run, we can be 1, 2, or 3 right off the trailer. We’ll see what happens.

“Winning never gets old, especially with the effort that’s gone into this.” 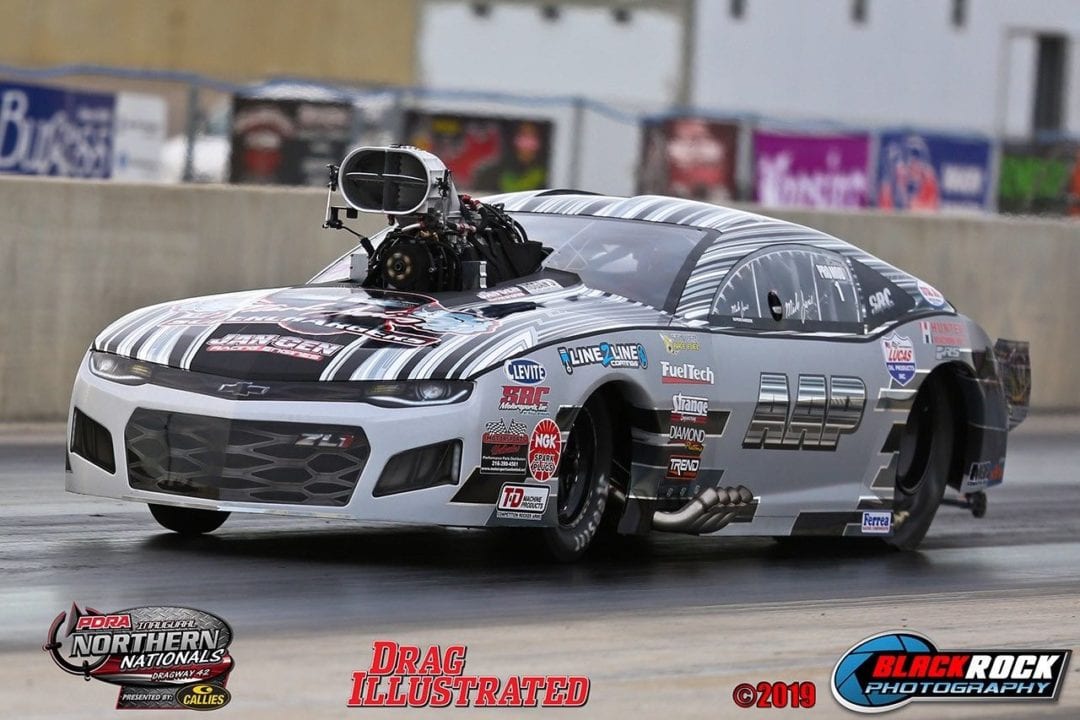