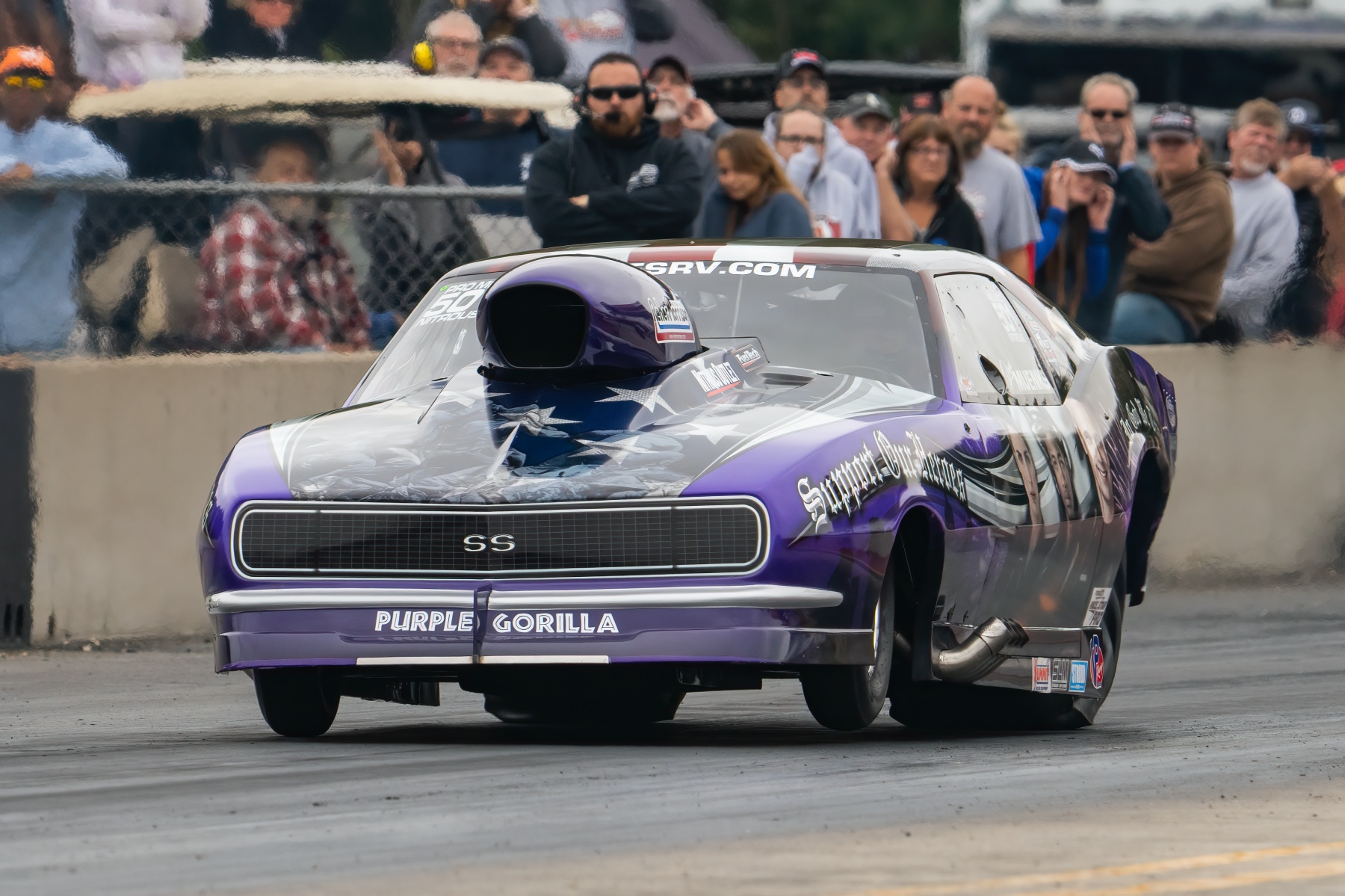 After a banner season in 2020, Jeff Pierce has only added to his impressive resume in 2021, firmly establishing himself as one of the top tuning minds in doorslammer racing.

He’s again calling the shots for the top Pro Mod in the Mid-West Drag Racing Series and has continued to work with more and more cars in the Outlaw 632 ranks.

Pierce’s attention to detail and ability to work with promising newcomers has made him a trusted name and the results have been undeniable.

Joey Oksas rattled off three straight wins in his twin-turbocharged ’67 Mustang in MWDRS Pro Mod to take a big points lead heading into the final event of the season, putting Pierce on track to tune his way to a second straight world title in the class after doing it with Ron Muenks and the nitrous-fed “Purple Gorilla” ’68 Camaro owned by his father, Dave Pierce, a year ago.

Oksas made his debut in the class a year ago and had instant success, advancing to three final rounds, and it’s been a satisfying journey as Pierce is on track for another championship.

“It’s very enjoyable to get that success with another team,” Pierce says. “We house Joey’s car in my shop and to have him in contention this year, that’s what we’re trying to do. They wanted to race for a championship and we’re working hard to try and get that.” 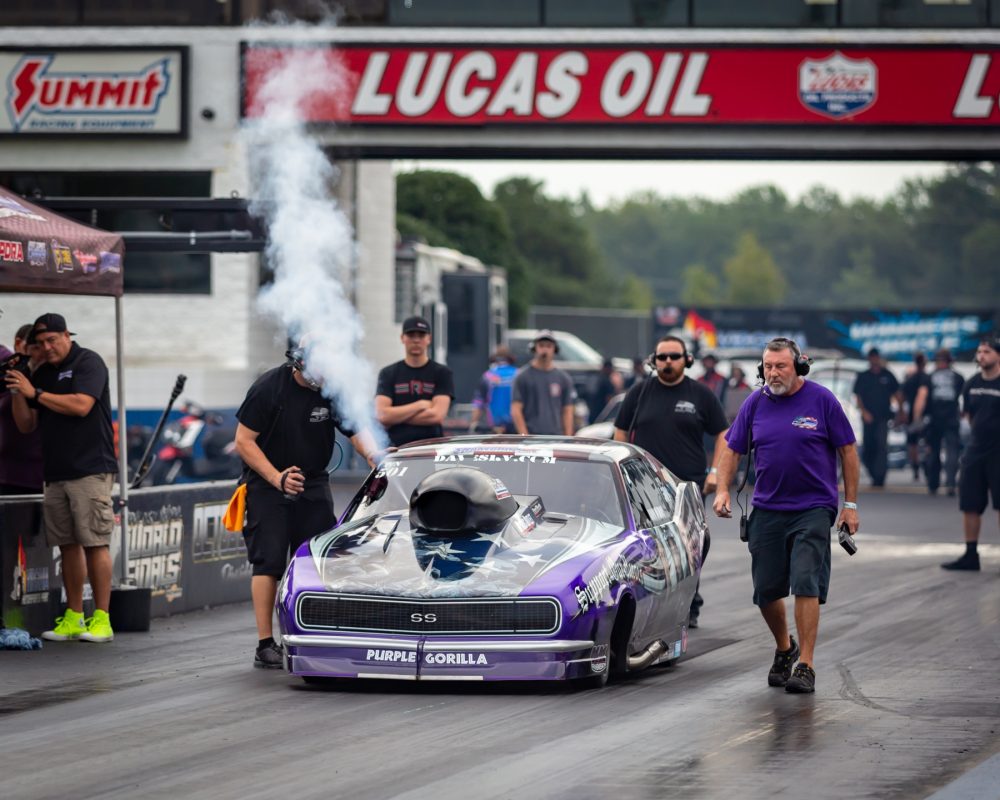 It’s been an enjoyable experience helping mold Oksas from promising rookie to championship contender, and Pierce has made the right calls accordingly.

Oksas has total trust in the car and the tuning decisions Pierce makes and that’s been reflected throughout the season. He’s praised the job of Pierce time and time again, noting an impressive ability to make tweaks based on the round and what’s needed to win. It might not be the biggest run of the weekend, but Pierce is always aiming for long-term success.

“Consistency has been the biggest thing,” Pierce says. “We started the year looking for more and we were trying to find performance that maybe wasn’t there. I had to rein myself in. You can’t expect the car to do something it can’t do. There’s always performance to be found, but you’re better off trying to make the best run you can than trying to take a tenth off.”

Pierce is also working with Muenks again, who is running a reduced schedule in 2021, and Brian Lewis, who has made impressive strides running a ProCharger in Pro Mod.

Pierce has also been instrumental in the handful of strong showings Jerico Balduf has had in the NHRA Pro Mod ranks, a challenge he has enjoyed throughout the year.

On the PDRA Pro Outlaw 632 front, Pierce continues to show talent in finding performance in the class, working with perennial contender Chris Holdorf. 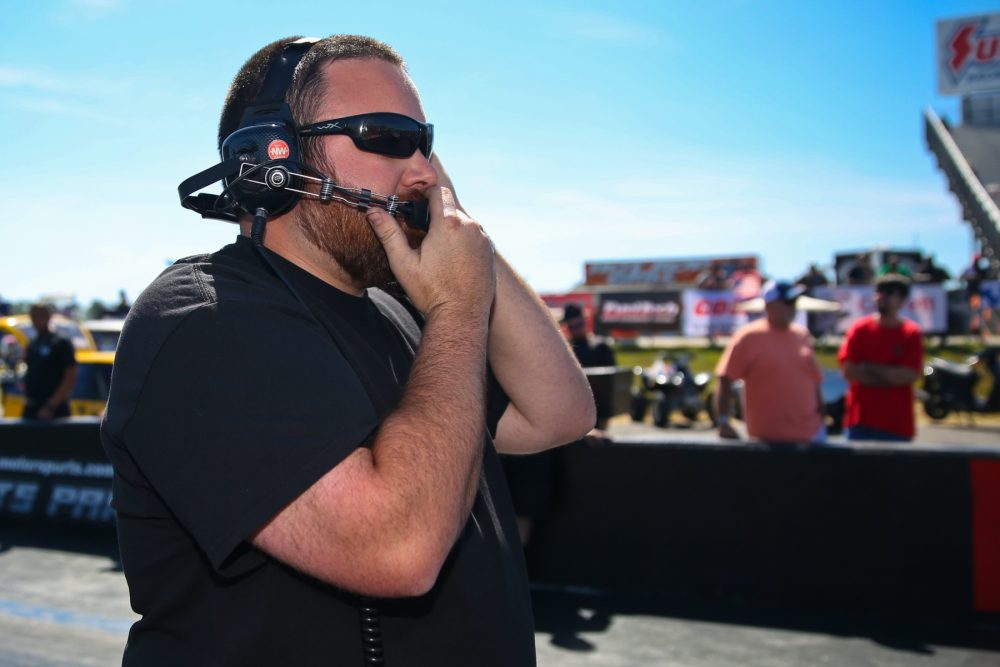 He also helped make some tuning calls as second-generation driver Amber Franklin made her debut in Pro Outlaw 632, as she enjoyed a No. 4 qualifying effort and runner-up finish in her first race.

It’s a class that has tested Pierce, who gets a great deal of satisfaction in finding performance gains in a class where consistent progress can be hard to come by.

“It’s a very interesting class,” Pierce says. “It’s like taking Pro Mod and Pro Stock and putting them in the same class. They have the power adder, so you have to be familiar with that, but at the same time, you’re limited on power so you have to be efficient with it.

“I grew up with Pro Stock guys, and Outlaw 632 is a fun class to help in,” Pierce adds. “These are teams that need help. These guys work five days a week and are super busy, so they need direction. It’s a very rewarding class and a neat deal. We’ve figured out some with converters and the gearing packages and made them run pretty well, so it’s been fun. You’ve got to use everything you’ve got and you have to maximize efficiency.”