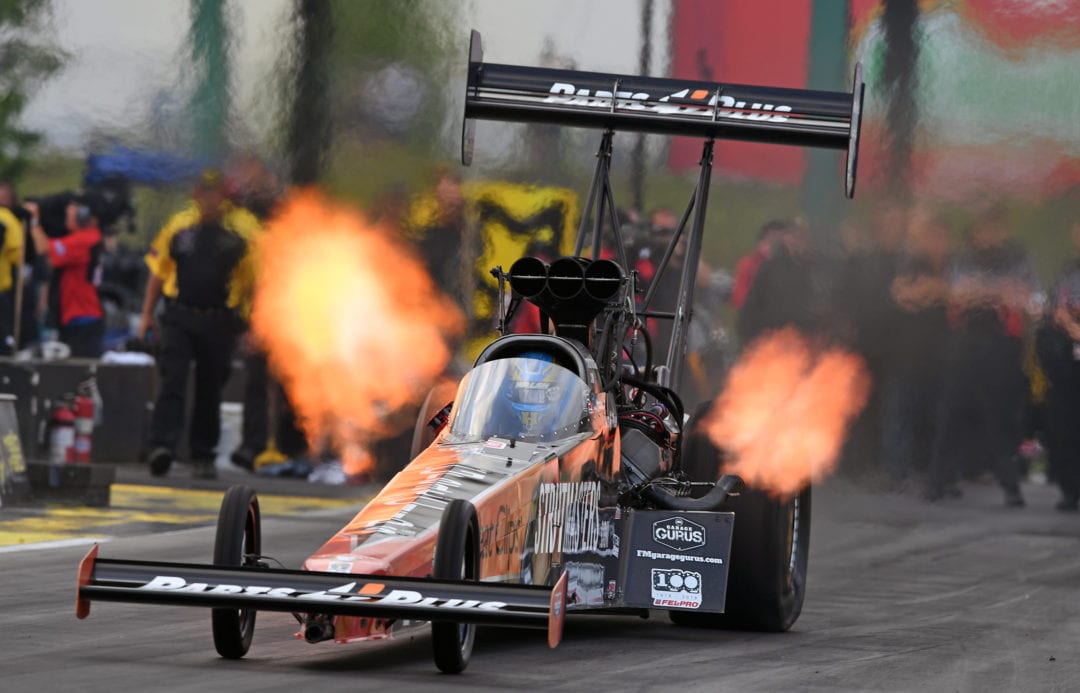 Courtney Force captured her first career back-to-back Funny Car victories Monday afternoon at the 30th annual Menards NHRA Heartland Nationals presented by Minties at Heartland Motorsports Park. The event was postponed until Monday after weather delayed the track activity until 7:00 p.m. on Sunday, which allowed for only two rounds of eliminations for Top Fuel and Funny Car, and one round for Pro Stock.

Clay Millican (Top Fuel) and Deric Kramer (Pro Stock) were also victorious in their respective categories at the eighth of 24 events on the Mello Yello Drag Racing Series schedule. All three drivers were the No. 1 qualifiers at the event.

Force powered her Advance Auto Parts Chevrolet Camaro to a pass of 3.928-seconds at 329.83 mph to 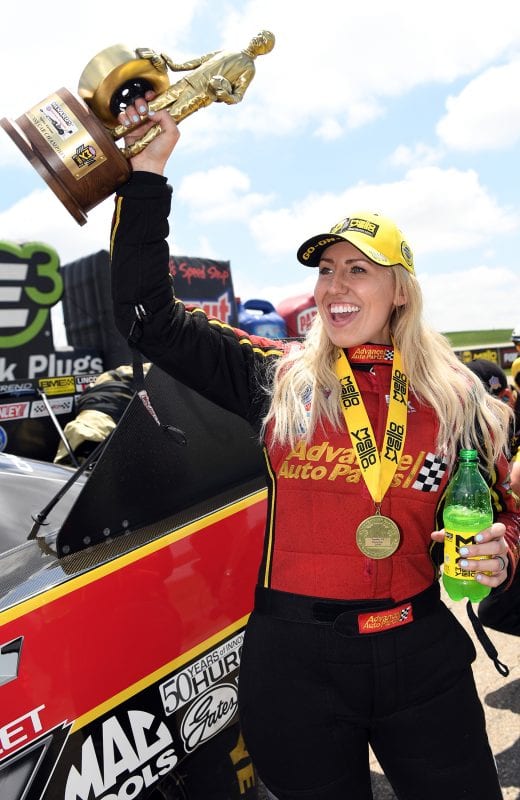 defeat defending world champion and teammate Robert Hight in the final round. She was the No. 1 qualifier for the event. Force locked-in her third win of the season and 11th of her career.

“Coming off a back-to-back win is just insane,” Force stated. “I got on the radio and told my guys that they’re unbelievable and that it’s so much fun to drive this race car. Coming out to a track where the conditions have changed a lot, I have to give credit to my crew chiefs Brian Corradi and Dan Hood.” 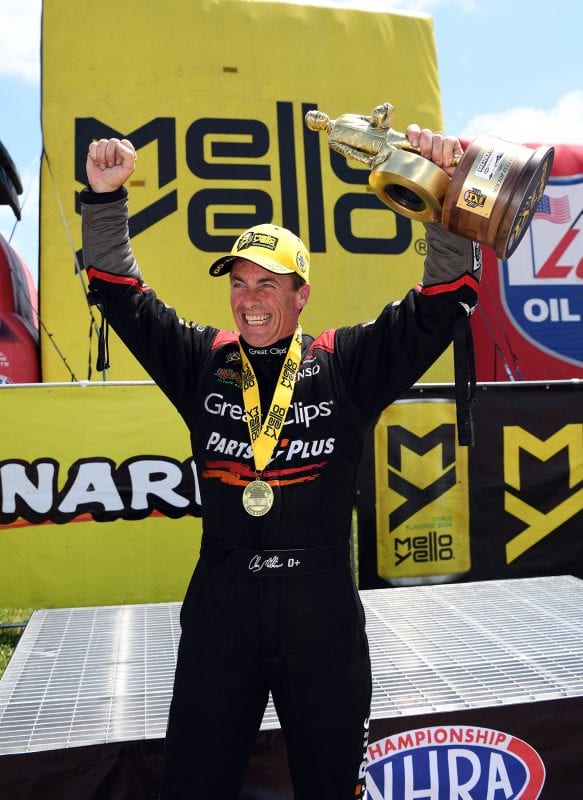 Millican clinched his second career national event title after he piloted his Strutmasters/Great Clips dragster to a 3.727 at 332.59 pass to defeat Terry McMillen in the finals. This was the first time that Millican and McMillen had faced each other in a final round. Millican secured his 10th career final round and first at the Menards Heartland NHRA Nationals presented by Minties.

“The car has been really good,” Millican said. “Pretty much didn’t matter what I did because that car was going to win today. It’s just awesome with all of the work [crew chief] David Grubnic has put in. He found some consistency which is what I’ve been saying all along.”

Millican defeated Terry Totten, Doug Kalitta and eight-time world champion Tony Schumacher prior to entering his first final round of the season. McMillen raced past Mike Salinas, Billy Torrence and Steve Torrence before entering his fifth career final round.

In Pro Stock, Kramer drove to his first career victory in his American Ethanol Chevrolet Camaro with a pass 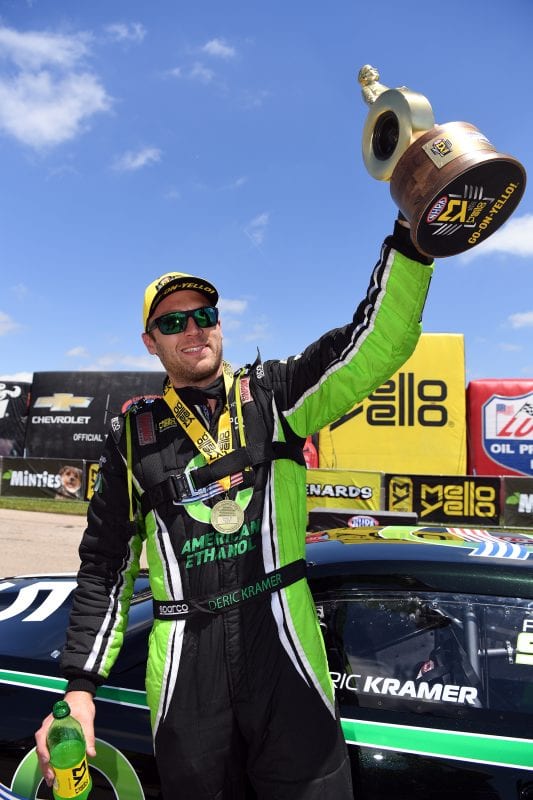 of 6.615 at 209.36 to defeat two-time world champion Erica Enders in the final round. Prior to entering the event, he had 13 career round wins. He is the 67th different Pro Stock driver to win in NHRA history.

“I’ve been working a long time for this,” Kramer stated. “The first win leaves me a little speechless but I’m already looking for the next one. Always great as a driver to do your part and I’ve certainly been doing that all weekend.”

Kramer faced Will Hatcher, Matt Hartford and Jason Line to enter his second final round of his career. Enders took down Mark Hogan, Tanner Gray and Greg Anderson before her third final round this season.