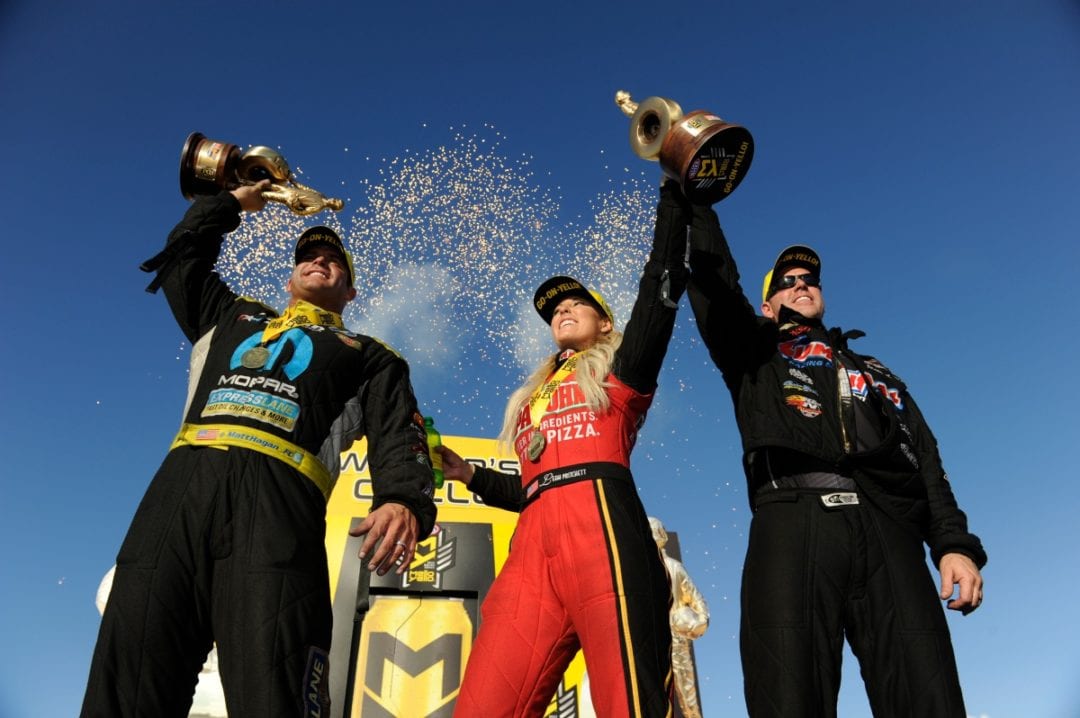 Matt Hagan (Funny Car) and Jason Line (Pro Stock) also had wins in their respective categories at the first event of 24 on the NHRA Mello Yello Drag Racing Series season.
Pritchett, who was also the No. 1 qualifier of the event, piloted her Papa John’s Pizza dragster to a 3.711-second pass at 324.98 mph to defeat Doug Kalitta and his Mac Tools dragster’s 7.630 at 103.85 after smoking the tires at the start. 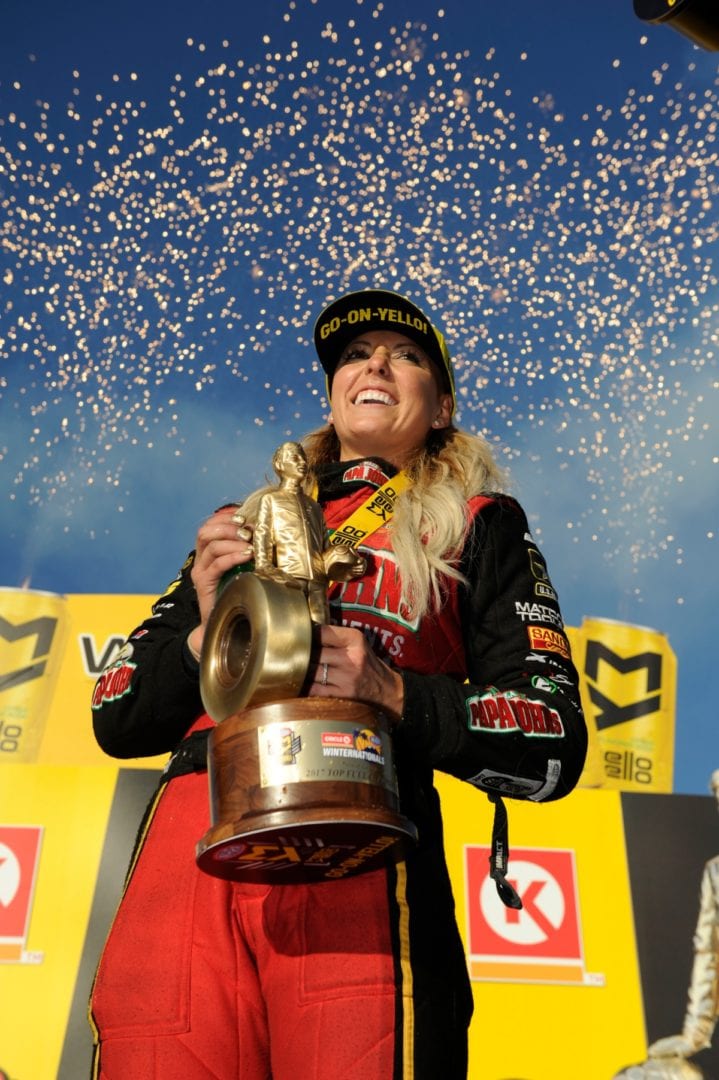 “This definitely is taking delivery from the momentum from last year,” Pritchett said. “What just happen is the best thing that has ever happened for me professionally in my career. In my opinion, right now, we have the perfect group of people, partners, sponsors, a car that is reacting. This thing is ‘A+’, Grade A, perfect kid in school type of situation and we’re taking advantage of it right now.” 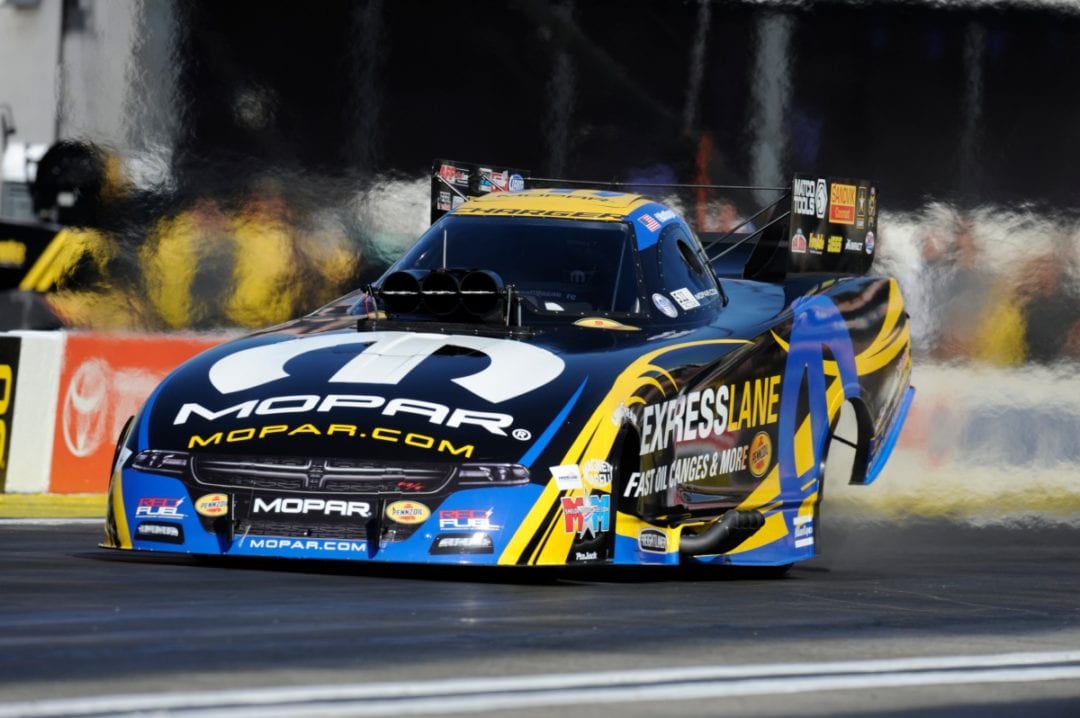 “It’s a real special race for me, a lot of stuff happened over the off season, with losing my brother,” said Hagan, who came into eliminations as the No. 1 qualifier. “We came out motivated. My lights have been great, the car has been great and my team has been great. We just have got a real powerhouse team right now. We just have to keep some of this momentum going.”

On his way to the finals Hagan powered past teammates Jack Beckman and Ron Capps, the defending world champion. Force took out J.R. Todd, who was racing in his first event in a Funny Car, and father and team owner John Force. 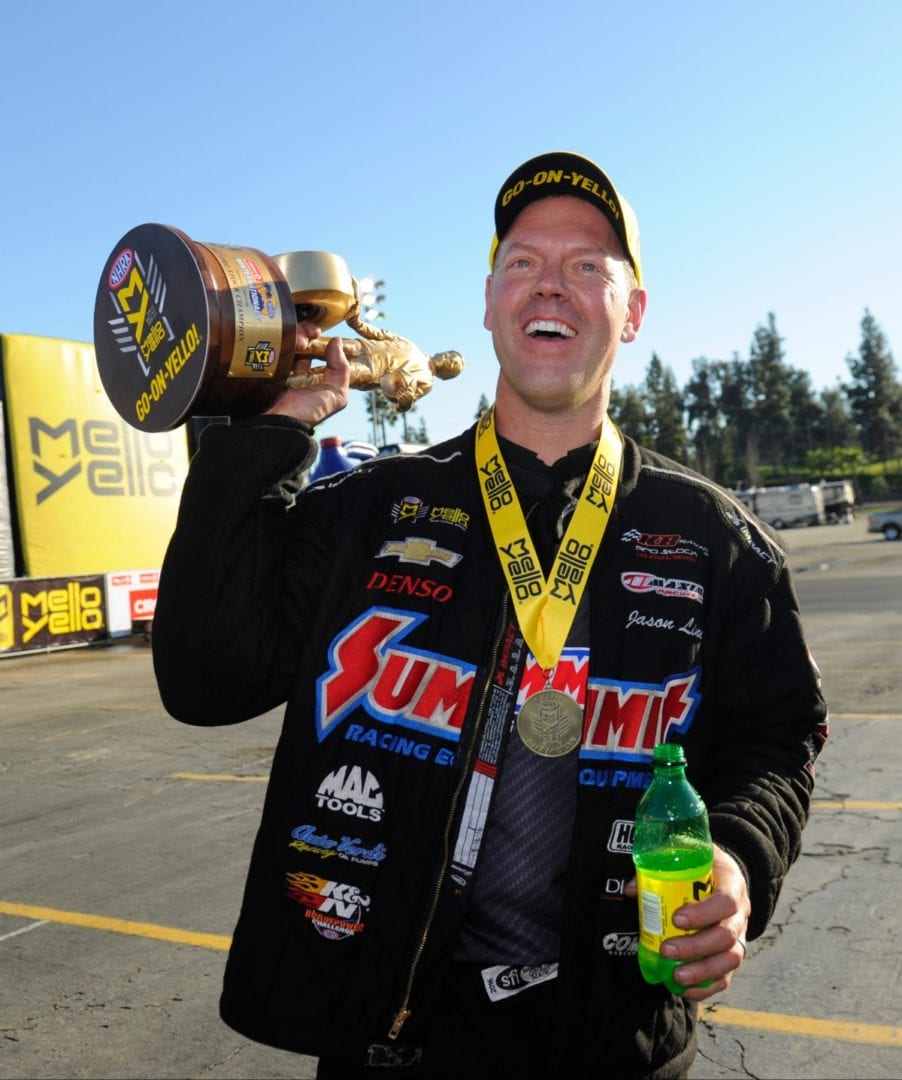 excited, very happy and a little bit relieved. Just a great day for KB Racing and the Summit Cars. To be able to come here and qualify one and two and finish one and two and have three cars in the semis. That’s just a big deal.”