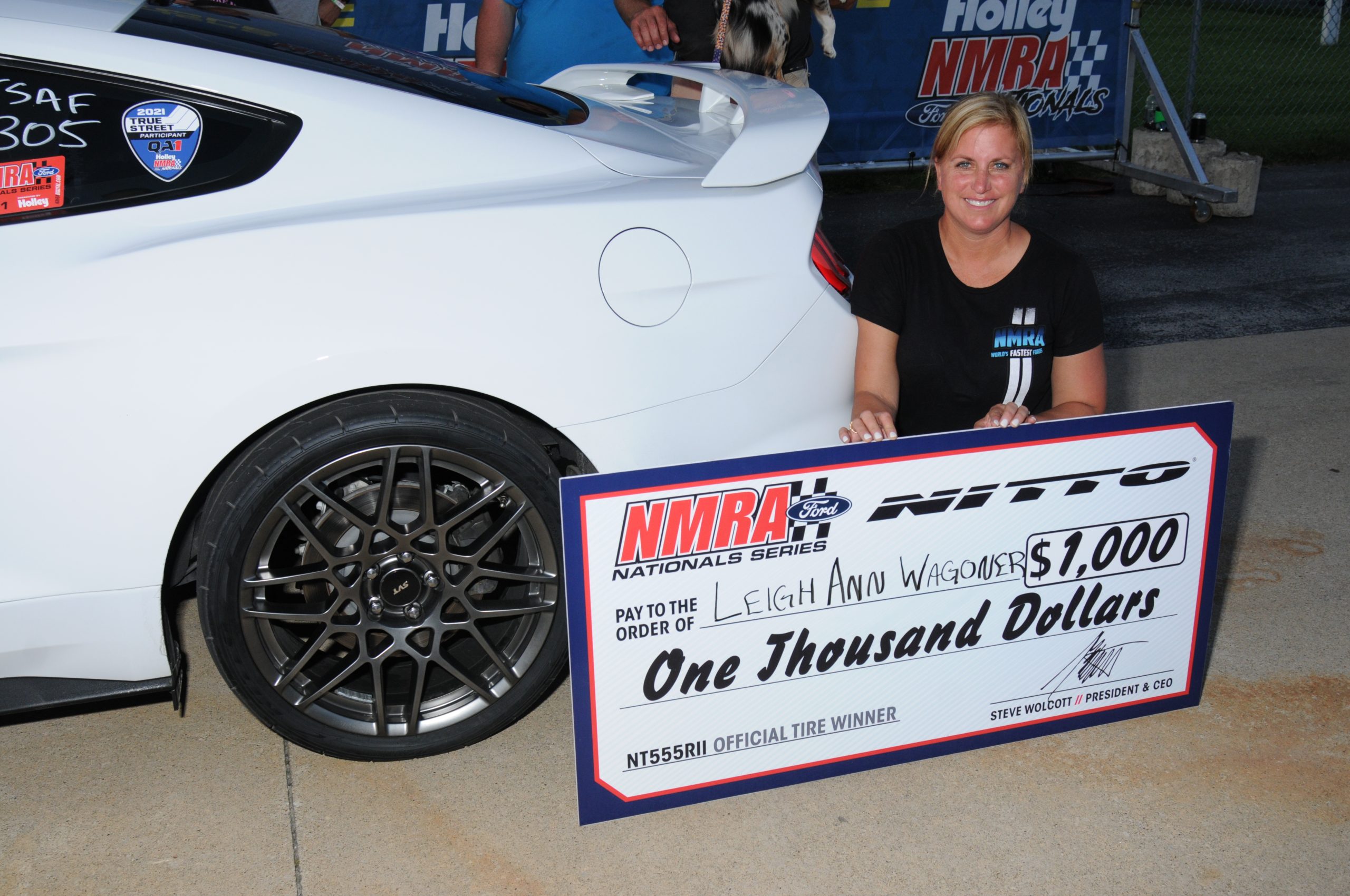 There have been nearly 30 participants who’ve received the Nitto Tire $1,000 bonus since the program began in 2020 and it will continue through the 2022 Red Line Oil NMCA Muscle Car Nationals and Holley NMRA Ford Nationals event schedules.

The NT555RII drag radial was released as a better design to its popular and successful drag radial program. The NT555RII exceeds dry performance, wet traction, comfort, and quietness over the NT05R while still maintaining a 100 UTQG tread-wear rating. Nitto engineers accomplished this task through a drag race compound, reconfigured sidewall, and tread design. Harry Kong, Manager, Brand Publishing, at Nitto Tire U.S.A., said The NT555RII is a D.O.T.-compliant competition drag radial designed with additional flexibility for the weekend drag racer. Nitto currently offers 28 different sizes for 15-to-22 inch diameter wheels, check www.NittoTire.com for sizes and authorized dealers near you.

Please Note: Dodge//Mopar who double-enter into TorqStorm Superchargers True Street are only qualified to win the bonus money in Dodge//Mopar HEMI Shootout.

“Nitto Tire has supported the NMCA and NMRA for over 20 years and we’re thankful for their continued generosity towards the participants in our street divisions. They have an unwavering commitment to our sanctioning bodies and our True Street and HEMI racers benefit greatly from it,” said Rollie Miller, General Manager and National Event Director of the ProMedia Events & Publishing, the parent company of NMRA and NMCA.