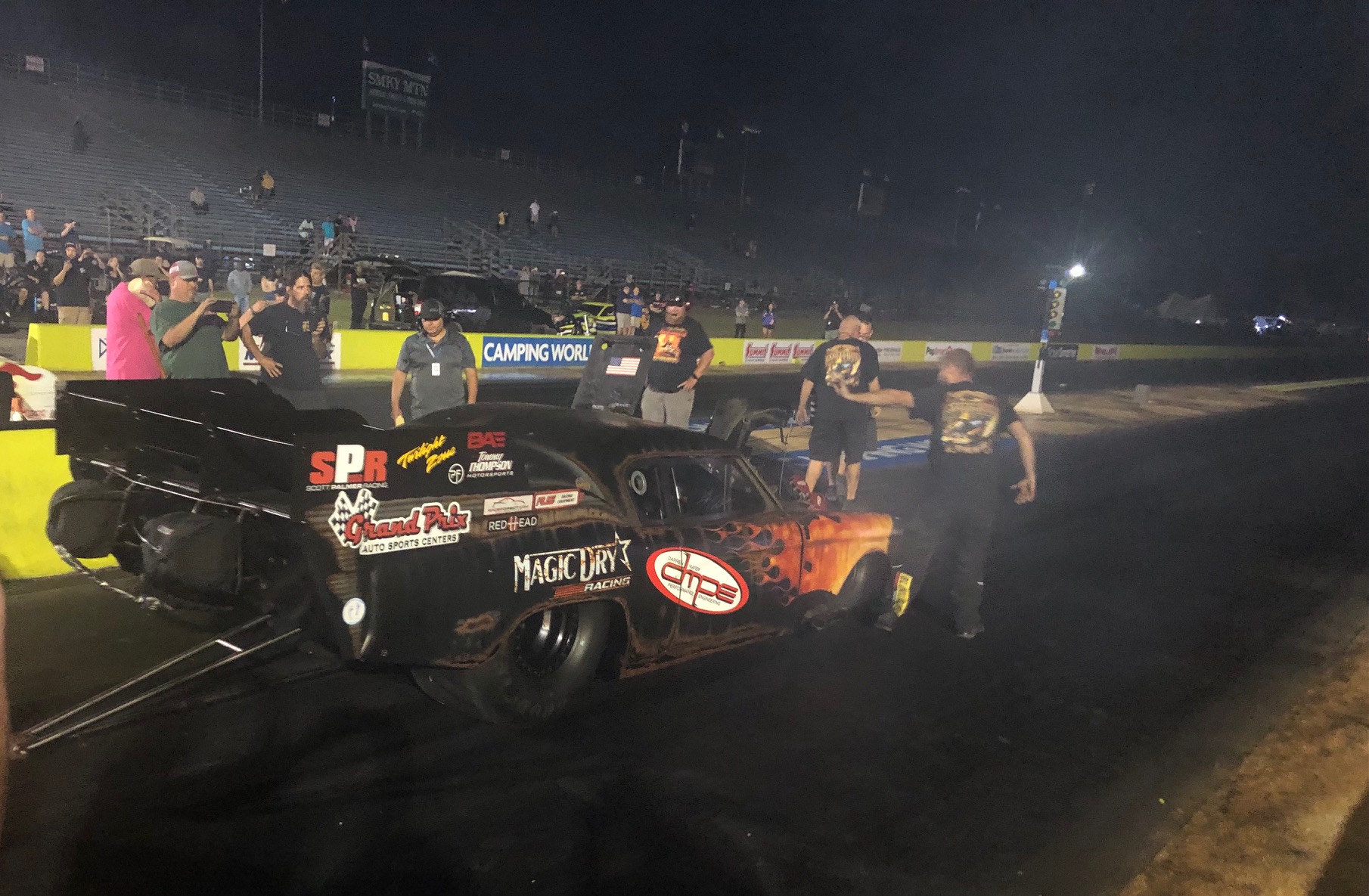 Frankie Taylor took out Doug Reister for $10,000 as the opening pair of grudge match competitors. The pair of Pro Mods blasted down the track with Taylor keeping it hooked up for the whole 1/8 mile to grab the dough. In a preview to the big money grudge match for an estimated $140,000 Stevie Fast Jackson and Bubba Stanton each took a shakedown run. Neither driver tipped their hand to their full potential, setting up a high stakes run for all the cash. Chuck Loftin and Terry Haddock took to the track with their nostalgia Funny Cars and it was Loftin getting the best of the Nitro Top Fuel and Funny Car pilot. Two Top Fuel Harley’s from the Jay Turner stable closed out round one of the Nitro Side Show as Jay Perry took off on Jay Turner to get the win light. Turner had issues off the starting line and Perry kept his 5,000 hp bike firing on all eight as it belched header flames down the left lane.

Between sessions Scott Sturgeon took to the starting line stage. The Fort Worth based country music singer well known on the Texas music scene as a versatile musician who since 2012 has been making a name for himself in the country scene throughout Texas. Sturgeon was a Texas Country Music Artist (TMCA) nominated artist in 2014. 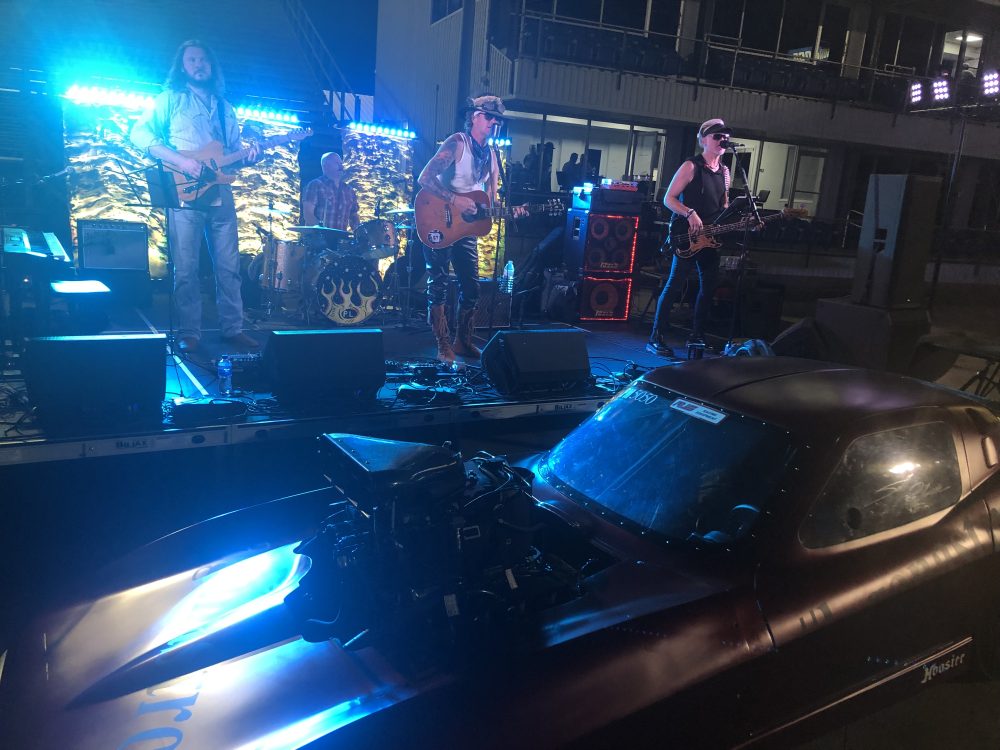 Following Sturgeon’s performance, the action on the track began to heat up. Nostalgia Funny Car action wowed the crowd as the Blue Max tribute car outran Kebin Kinsley in the Wild Child Funny Car.  More big money match races filled the show with Travis Brandt winning $10,000 over Aaron Philpot who blew the tires off his Pro Mod at the hit of the throttle. In the next pair Frankie Taylor picked up another $10,000 when he bested Brandon Pesz in a tight Pro Mod battle. 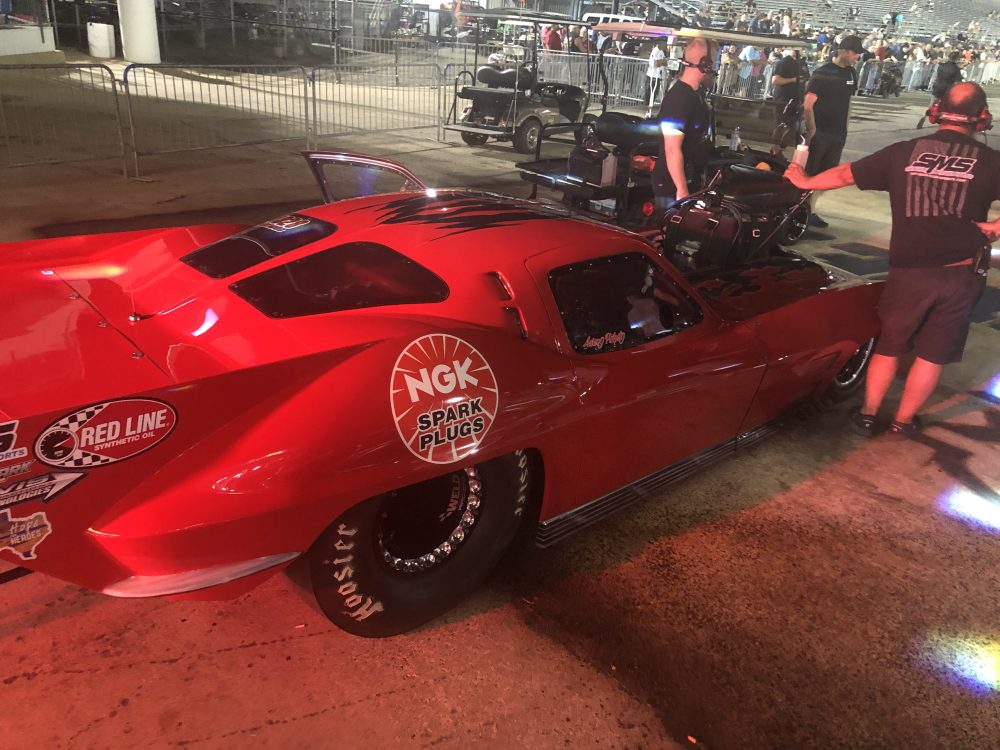 The highlight race of the night was the $140,000 cumulative purse for the Jackson versus Stanton Pro Mod grudge race. The hype was building all night and the race lived up to its top billing with Jackson narrowly getting the win light hitting the stripe .001 second ahead of a charging Stanton. Jackson’s starting line supporters roared their approval as the green win light on the scoreboard flashed the color of money for the team.

“We gave the fans an awesome show tonight and this event will only get bigger and better,” said Andy Carter, Texas Motorplex General Manager. “I have to thank Scott Palmer for his support and passion for drag racing. We had a crazy group of racers and they put on a great show. These are the kinds of events the Stampede of Speed was built for. We want to highlight all sorts of racing for fans across the country.”

The night was closed out by a pair of Scott Palmer’s Nitro Pro Mods. These 11,000-horsepower door-slammers are a work in progress and a passion project for the Top Fuel racer. The interest in the development of these race cars cannot be discounted as the fans watched in amazement as Palmer executed a massively long burnout. The race car launched hard but quickly overpowered the track as fireworks lit up the Texas night sky.

The Scott Palmer Nitro Side Show captured the attention of the fans in attendance and was an excellent first day event for the inaugural Stampede of Speed. Racing action continues Tuesday with the conclusion of the Houston NHRA SpringNationals sportsman national event racing action followed by the $25,000 Pro Mod Showdown Tuesday night.