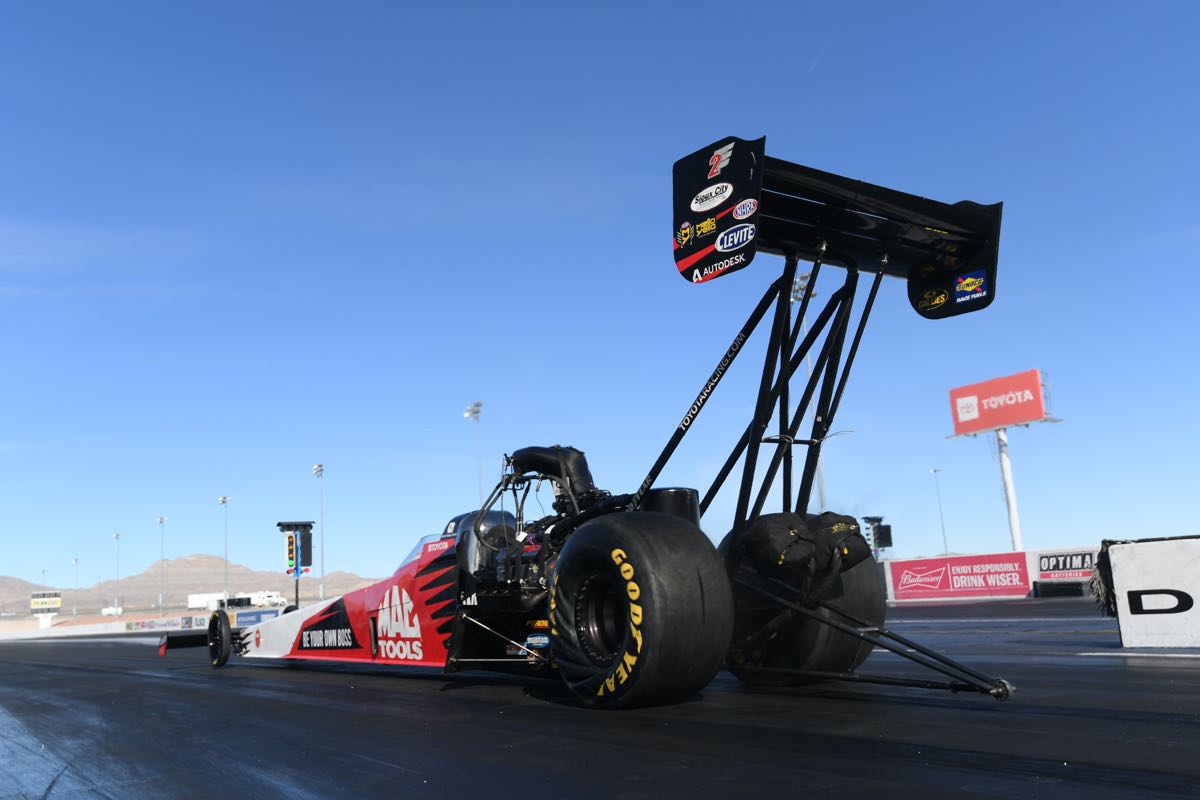 As NHRA continues its return to racing, the NHRA Mello Yello Drag Racing series teams are gearing up for their third race at Lucas Oil Raceway for the Dodge NHRA Indy Nationals presented by Pennzoil, Aug. 6-9.

In the Top Fuel division, veteran driver Doug Kalitta leads the points thanks to his three final round appearances this season and one win at the season opener in Pomona. Kalitta won the prestigious U.S. Nationals last season in Indianapolis and went on to finish second in the championship standings. With a solid start to the 2020 season, he and his Kalitta Motorsports Mac Tools dragster team hope to carry their success through the rest of the year.

“I think we will continue to be consistent,” Kalitta said. “This team has been doing a great job preparing the car for every run. We had a strong finish to the season last year and I feel like we picked right back up to start this season. We just try to do everything right and race hard. Every race always matters but we are definitely not taking any race lightly. We want to hold onto this points lead all season.”

The Funny Car class has been dominated by the Don Schumacher Racing Dodges as of late. DSR has won the last five events in Funny Car and will also claim a sixth when the Lucas Oil NHRA Summernationals are concluded at the DENSO Spark Plugs NHRA U.S. Nationals. That final round will feature teammates Matt Hagan and Jack Beckman, both with one win on the season. Hagan, who is the most recent winner, currently sits third in points.

“The momentum that we have is just amazing,” Hagan said. “We’ve been carrying the momentum since the beginning of the year from the work my guys put in over the winter and kept up through the break. We started with two No. 1 qualifiers and a semifinal appearance, then added a win and another final round appearance in the last two races back. The work that my team at DSR and Mopar has put into the preparation is really paying off right now on the racetrack.”

The Pro Stock rivalry of Elite Motorsports and KB Racing continues to be the focus of the division in 2020. With Elite Motorsports off to a hot start at the beginning of 2020 and KB Racing with the most recent win on the season, the two powerhouses are not slowing down. Leading the pack in points, is Pro Stock vet and five-time world champ Jeg Coughlin Jr. of Elite Motorsports. Close behind in second and most recent winner, is three-time champion Jason Line of KB Racing. Both drivers have announced their retirement at the conclusion of the 2020 season.

“Our JEGS.com team strives to continue the strong run we are on right now,” said Coughlin, who leads Line by a mere eight points heading into the event. “This run dates back to 2019 and has really carried nicely into 2020 with a win and runner-up finish to our credit in the three events we’ve had. The competition has always fueled the majority of the rivalry between the two teams.”

Pro Stock Motorcycle made its 2020 debut at the E3 Spark Plugs NHRA Nationals and featured a first-time victor in Ryan Oehler. He faced three-time champion Matt Smith in the final but was victorious to claim his first win. Smith finished the 2019 season in third on his DENSO Auto Parts/Stockseth MRS EBR, narrowly missing a fourth world title.

“This MSR/DENSO team is going to be really strong this year,” Smith said. “We qualified 2, 4, and 6 at the first race. We’re looking forward to trying to do better at the next race. I think all three bikes can be in the top five after qualifying is said and done. Me and Angie (wife) have been doing a lot of work in the shop. We’ve been doing a lot of dyno work, a lot of new parts and new pieces that come in over the winter. We only see things getting better the longer we work this year.”

Mello Yello Drag Racing Series qualifying will feature two rounds of qualifying on Saturday Aug. 8 at 11:30 a.m. and 3:45 p.m. Final eliminations are scheduled for 10:00 a.m. on Sunday, Aug. 9. Race coverage will be featured on Fox Broadcast Network and FS1 throughout the weekend.

A limited number of tickets are on sale now to the Dodge NHRA Indy Nationals. Tickets may be purchased by visiting NHRA.com or calling 800-884-NHRA.