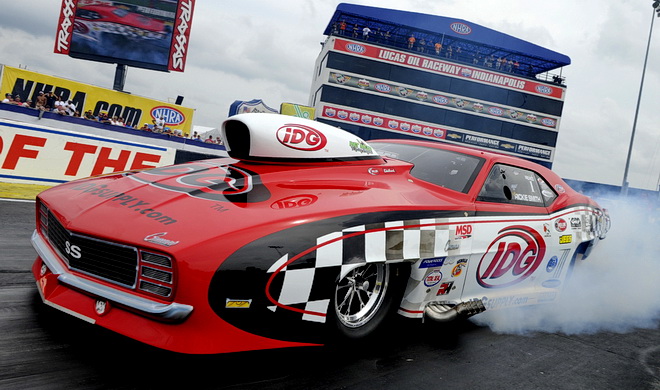 Rickie Smith (above) knows what he needs to do to wrap up a second straight NHRA Pro Mod Drag Racing Series world championship. Mike Janis and Troy Coughlin also know that a major upset is still possible, and Coughlin has his own incredible comeback story to prove it. 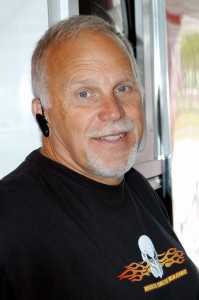 Combined, it makes for a pair of thrilling storylines heading into the final event of the 2014 NHRA Pro Mod Drag Racing Series this weekend’s NHRA Toyota Nationals at The Strip at Las Vegas Motor Speedway.

Smith currently leads Coughlin by 76 points and Janis by 77 points and only needs a first-round win to lock up a second straight title in the highly-competitive NHRA Pro Mod Drag Racing Series.

“We just have to treat it like a normal race, make sure we go everything in the car and approach it the same way we always do,” said Smith, who has two victories in 2014. “I have to do my deal and see where we end up.”

Coughlin and Janis are hoping for a miracle finish and they plan on pouncing on any opportunity given to them, which would include Smith not qualifying or bowing out in the first round at the at Las Vegas event, which is presented by Aeromotive in 2014. 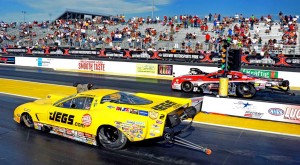 Coughlin has experience in the thrilling finishes, claiming his 2012 world championship in Las Vegas after he beat then points leader Mike Castellana in the first round. He followed that up by winning the event, which was enough to clinch a world championship not many thought he had a chance of claiming entering the race.

“We have a shot and that’s exciting,” Coughlin said. “We need a break for sure, just like we did two years ago, but if the stars line up just right we could pull this deal off. Obviously, it would be great if we could get Rickie in the first round so we would have a chance to beat him head-to-head like we were able to do with Castellana. That would be the dream scenario. There’s really only so much you can control. What we can do is make sure we run to the best of our abilities.”

Coughlin has made a late charge into the championship mix, winning in Norwalk and Charlotte to make up for a disappointing start. Janis, meanwhile, also knows precisely what he has to do to claim his first NHRA Pro Mod Drag Racing Series championship. 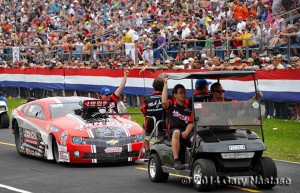 There is nothing about it that will be easy but Janis, who has one victory this season and also was the points leader for a brief time, is ready to put forth a memorable effort.

“We need to win and Rickie Smith needs to go out in the first round for us to win the championship,” Janis said. “It’s very much possible and we are going to give it our best shot for everyone who supports Mike Janis Racing. The plan is to be the biggest thorn in Rickie’s side that he has ever felt this weekend and swing for the fence every run.”

Of course topping Smith won’t be simple. He has always performed well in pressure situations and comes off a recent victory this season at the prestigious Chevrolet Performance U.S. Nationals. Smith knows exactly what is on the line which means another impressive performance may be coming.

“It would be great to win two in a row, there’s no doubt about that,” Smith said. “It would be a pretty good accomplishment if we can get it done. This class has gotten really tough over these last two years. We’ve worked hard and it would be pretty sweet to pull it off.”