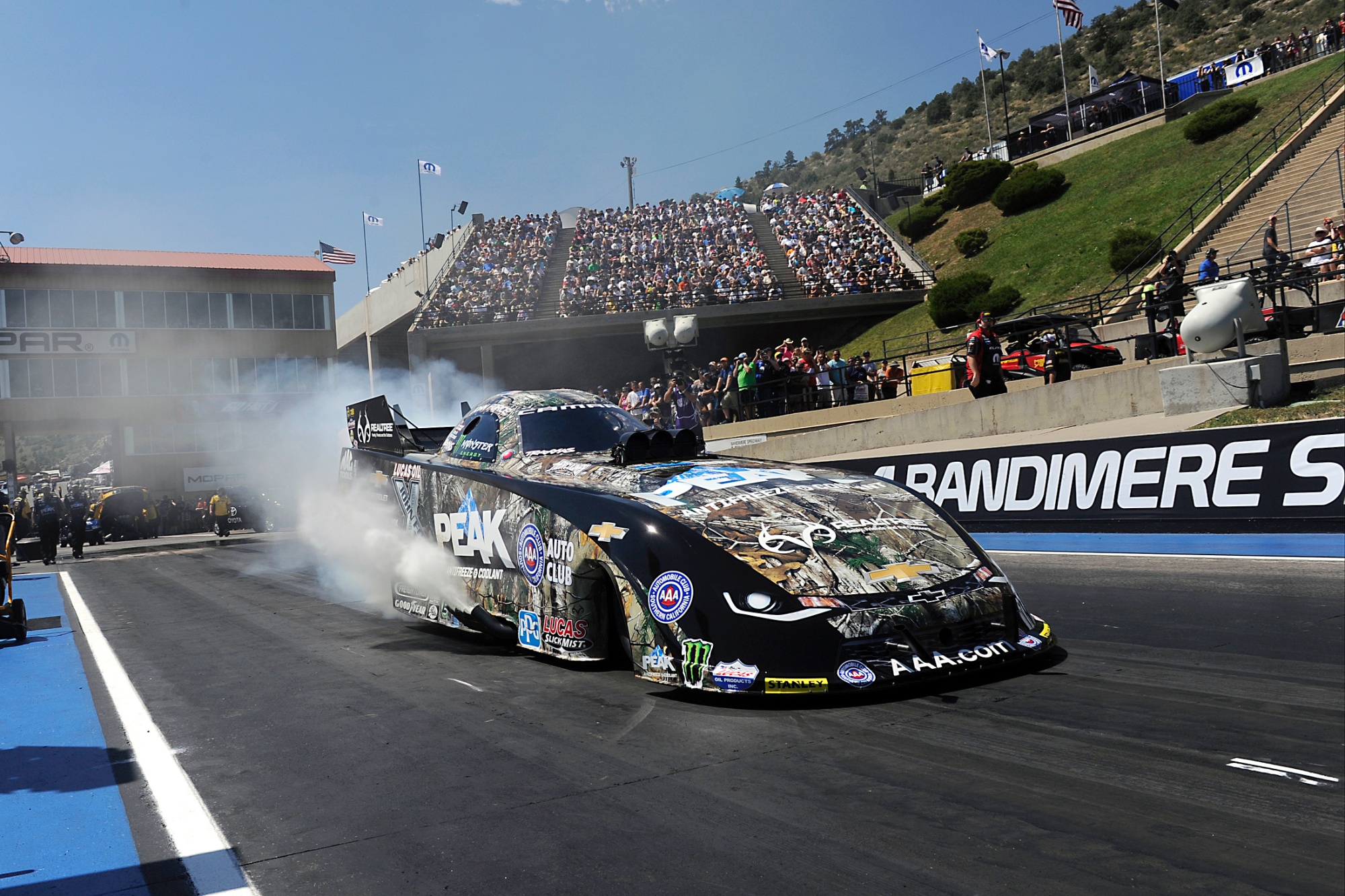 NHRA Drag Racing will return to the world stage in a major way in mid-July, relaunching its Mello Yello Drag Racing Series and associated programs with events on back-to-back weekends at famed Lucas Oil Raceway in Indianapolis.

The two events will be run on consecutive weeks, July 11-12 and July 18-19, at the home of the newly-sponsored Denso Spark Plugs NHRA U.S. Nationals and serve as the launch point for 15 more NHRA Mello Yello Drag Racing Series events that will follow beginning two weeks later in Seattle. The season will conclude with the crowning of the Mello Yello Drag Racing Series champions November 13-15 at the Auto Club NHRA Finals at Auto Club Raceway at Pomona. The revised schedule is subject to changes due to evolving facts and guidelines.

“We’re excited for our Mello Yello Series to return to action, not just for the racers and fans but also for everyone who loves and supports NHRA Drag Racing,” said NHRA President Glen Cromwell. “Because we are an outdoor sport, we feel comfortable opening these Indianapolis events to a limited number of fans who are the lifeblood of our sport and following the guidance of the state of Indiana to resume racing.”

The Indianapolis events, both of which will be televised on the FOX Broadcast Network, will be open to a limited number of spectators, with offers being extended via email to NHRA members and 2020 U.S. Nationals ticket holders. The first event, July 11-12, will feature all four Mello Yello classes – Top Fuel, Funny Car, Pro Stock, and Pro Stock Motorcycle – while the second event, July 18-19, will feature Top Fuel and Funny Car along with the E3 Spark Plugs Pro Mod Series presented by J&A Service, Mickey Thompson Tires Top Fuel Harley Series, and the SAMTech.edu NHRA Factory Stock Showdown. Neither event will include Lucas Oil Drag Racing Series competition.

The revised 2020 schedule will consist of 19 total events, with 17 of those events being contested when the series resumes in July. The first four events – both Indianapolis events as well as the newly-sponsored Flav-R-Pac NHRA Northwest Nationals in Seattle and the Dodge Mile-High NHRA Nationals Presented by Pennzoil – will be broadcast to millions of homes on the FOX Broadcast Network.

Sixteen of the events on the revised schedule will be condensed to two-day competition schedules for the Mello Yello Drag Racing Series classes due to economic and logistical factors. This will entail one day of qualifications (two rounds) on Saturday and Final Eliminations on Sunday. Lucas Oil Drag Racing Series classes will begin racing on Friday.

The events in Chicago; Norwalk, Ohio; Richmond, Va.; Epping, N.H.; and Sonoma, Calif., and the spring events in Las Vegas and Charlotte, N.C., that were originally scheduled for the 2020 Mello Yello Drag Racing Series season, had to be canceled as a result of the COVID-19 pandemic. The NHRA Southern Nationals in Atlanta, previously canceled, has been returned to the 2020 schedule in late August.

As previously announced, due to the compressed schedule, points will not be reset after the Denso Spark Plugs NHRA U.S. Nationals at Lucas Oil Raceway at Indianapolis.