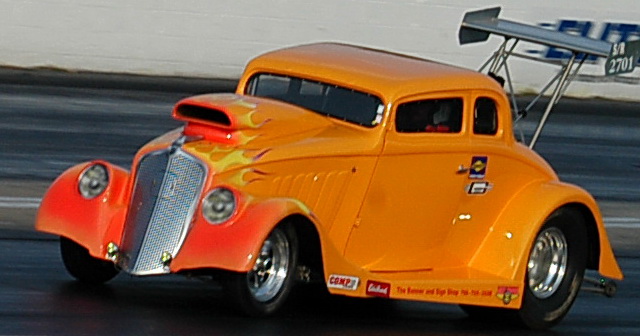 The season-opening March Meet will be held March 7-10 at Auto Club Famoso Raceway in Bakersfield, Calif., and will end in the same spot it begins, with the California Hot Rod Reunion presented by Automobile Club of Southern California, Oct. 18-20. In total, the 2013 schedule includes 12 events.

The Holley NHRA Hot Rod Reunion at Beech Bend Raceway Park in Bowling Green, Ky., has been added to the Top Fuel points earning stops as well as the Inaugural New England Hot Rod Reunion, giving the class five events in which to accumulate points. They will count their best four of five events toward the year end championship. The new stops at Mission Raceway Park and at Rocky Mountain Raceways will both feature the Nostalgia Funny Car class giving them six events to complete at.  They will count their best five of six events.  RMR in Salt Lake City, will also host Group 1 which will be their season ending event.

“The Holley Hot Rod Reunion has always been an affiliate event, but with Top Fuel teams from across the country participating in the series, we felt it was time to include this great event in the points championship,” said Larry Fisher, executive director of the Wally Parks NHRA Motorsports Museum.

“The two new Funny Car events just show how strong the Funny Car class and the series have become.  We are very pleased to have these two great facilities join the series.”

Additionally, the series will make two stops at Firebird Raceway in Boise, Idaho, for both their annual Ignitor Nitro Opener and Nightfire Nationals, at Sacramento Raceway in July and a third stop at Auto Club Famoso where the Group 2 Champions will be crowned.

Tulsa Raceway has been added to the schedule as an affiliated event with their annual Nostalgia Nitro National Reunion which is scheduled for September 13-14 in Tulsa, Okla.  Racers will not score points toward the series championship at this event.