NHRA announced Mar. 27, that the NHRA Factory Stock Showdown will be expanded to three events for the 2013 season with new stops at the NHRA Mello Yello Drag Racing Series events in Englishtown, NJ, May 30 – June 2, and Sept. 13-15, at Charlotte, NC. The two new venues will book end the NHRA U.S. Nationals held at Lucas Oil Raceway in Indianapolis, Labor Day weekend, Aug. 28 – Sept. 2, where the program was introduced last year.

In addition to expanding the number of events, the class has been split into two separate classes within Stock Eliminator.  The split is expected to bring more parity into the program and combined with a new class index, is intended to draw more participation. 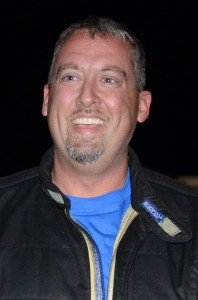 The new classes of competition will be:

Each of the two classes will run as a separate category within Stock Class Eliminations during the Englishtown and Indianapolis events, while the Factory Stock Showdown in Charlotte will be contested as a stand-alone event with a winner being crowned in each.  The two winners will then square off for the NHRA Factory Stock Showdown Championship using a 3-tenths staggered start.

Each of the two class winners will receive the NHRA Class Wally trophy as well as any contingency posted awards at the U.S. Nationals event.