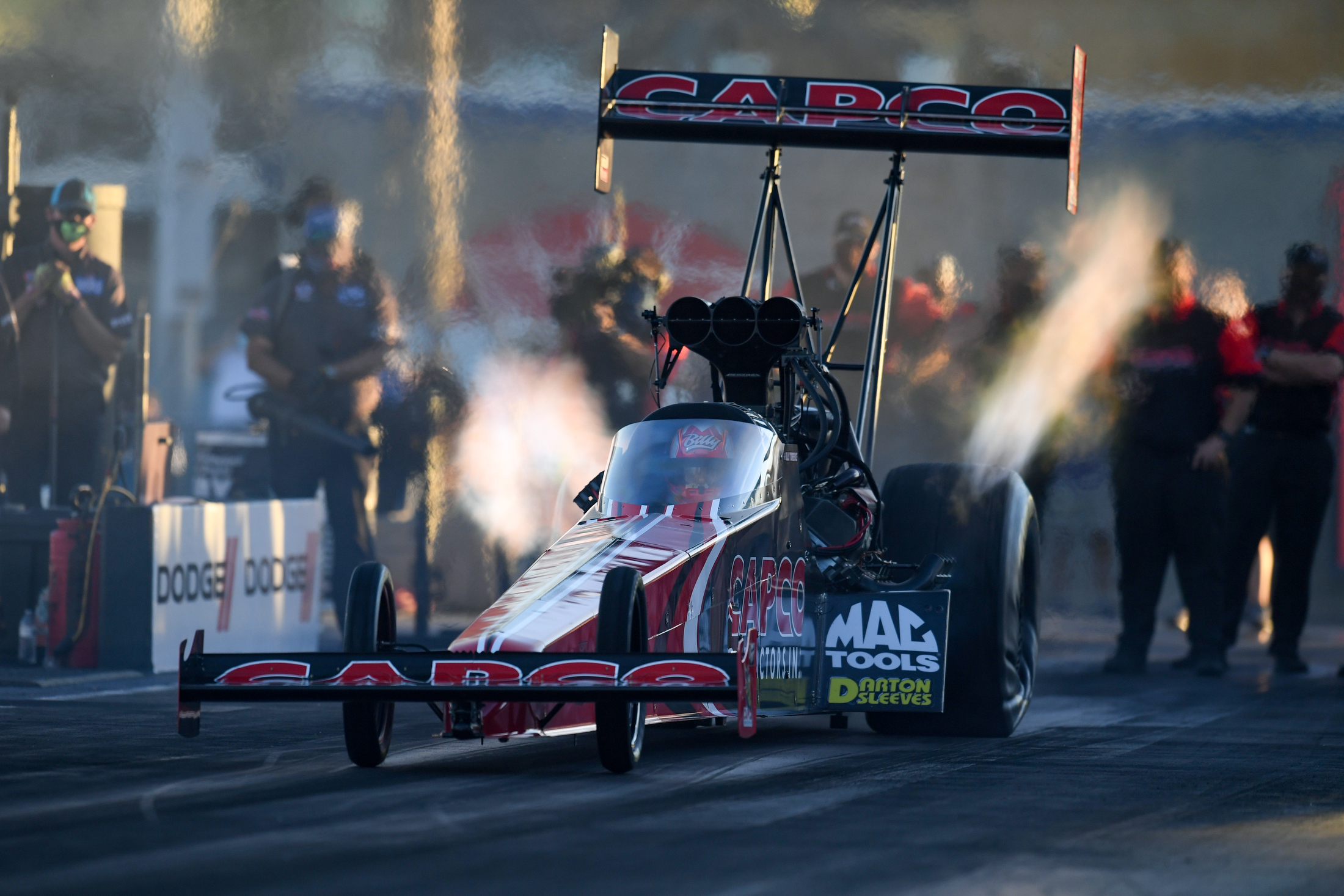 At 17 Camping World Drag Racing Series national events, professional teams will run three qualifying sessions over two days, Friday and Saturday, with final eliminations on Sunday. At five events, pro teams will run two qualifying sessions on Saturday with final eliminations on Sunday. This quick-draw format, which was utilized as NHRA first returned to racing in July 2020, provides racing excitement, and allows economic balance for all stakeholders in current times. NHRA expects to return to the customary four qualifying runs in the future.

The event schedule and venue for an additional event on June 18-20 will be released at a future date.

“We can’t say enough to thank the loyal NHRA fans who have stuck with us during the trying times of the 2020 season,” said NHRA President Glen Cromwell. “We are grateful to you. All of us at the NHRA look forward to a full season of drag racing in 2021. Thank you to our fans, racers, and partners for your continued support and cooperation.” 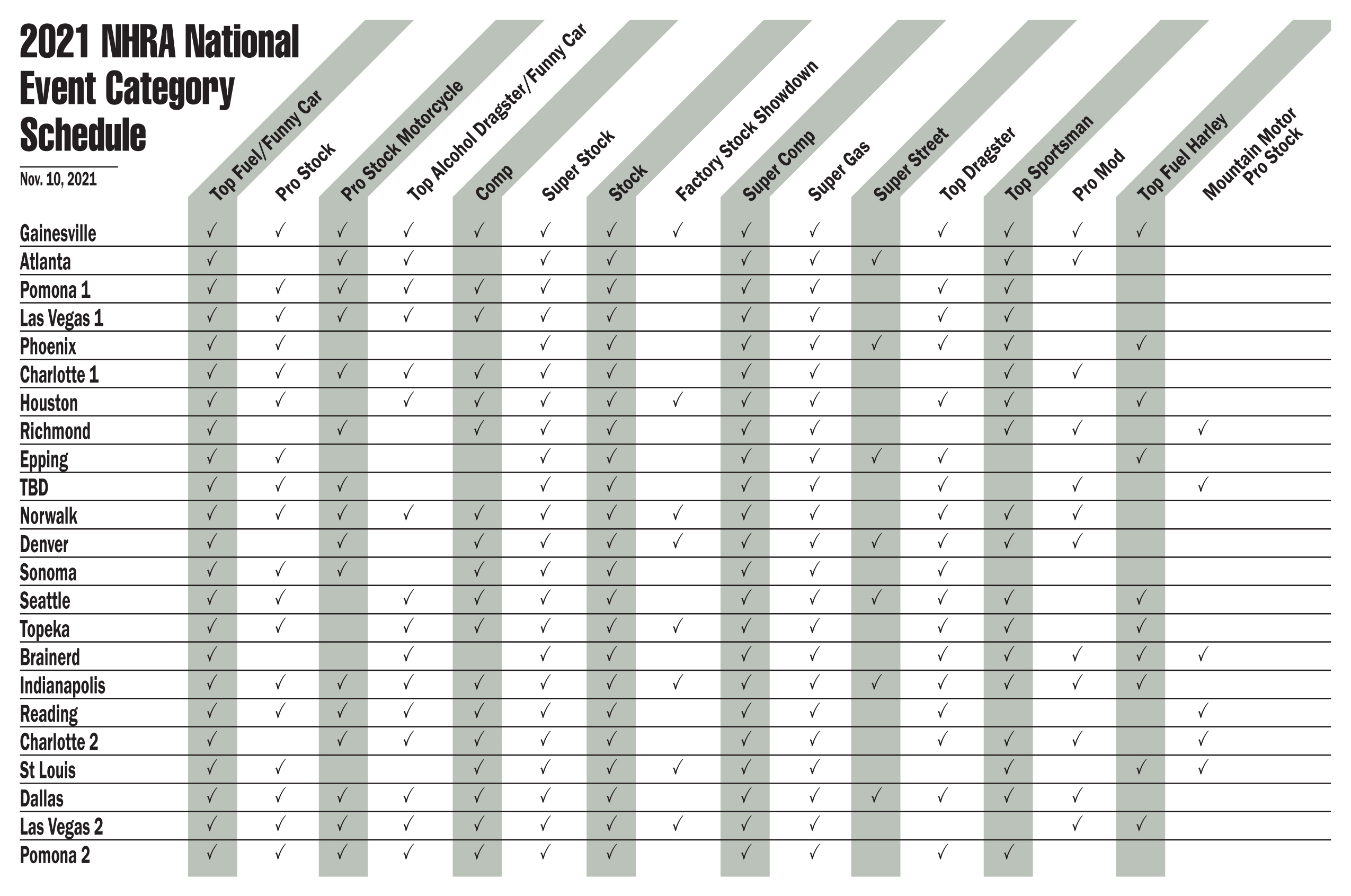 The 2021 NHRA Camping World Drag Racing Series begins March 11-14 with the 52nd annual AMALIE Motor Oil NHRA Gatornationals at Gainesville Raceway and concludes Nov. 11-14 with the Auto Club NHRA Finals in Pomona. NHRA will celebrate its 70th anniversary with special treats and features throughout the season.

Teams in Top Fuel and Funny Car will compete at every 2021 NHRA Camping World Drag Racing Series event. Pro Stock, which celebrated its 50th year in 2020, will race at 18 events in 2021, returning to several venues, including Houston, Topeka, and Epping. The Pro Stock Motorcycle class will compete at 16 races next season, starting with its traditional opener in Gainesville and including races at Pomona and Las Vegas in April.

The E3 Spark Plugs NHRA Pro Mod Drag Racing Series presented by J&A Service will return to a 12-race schedule, which includes first-time stops at Denver and Brainerd. The NHRA Top Fuel Harley Series will race at 10 events in 2021, while the SAMTech.edu Factory Stock Showdown Series is slotted for eight races. All three series will open 2021 in Gainesville.

The Mountain Motor Pro Stock class will have a six-race exhibition schedule during the 2021 season, starting June 4-6 in Richmond. The full Lucas Oil Drag Racing Series schedule was released last week by NHRA.

Fans are encouraged to check NHRA.com/tickets for updates on future ticket purchases. 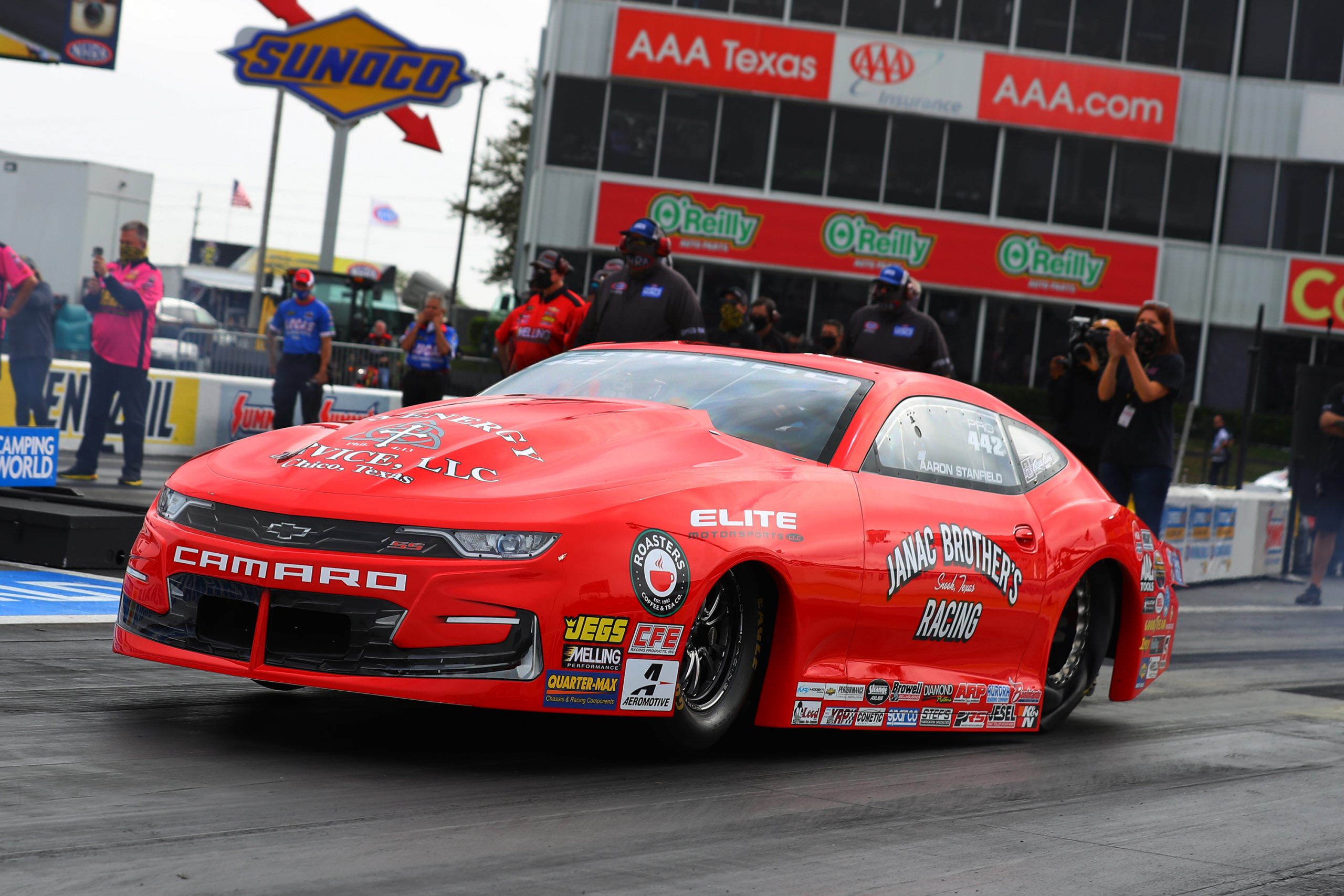