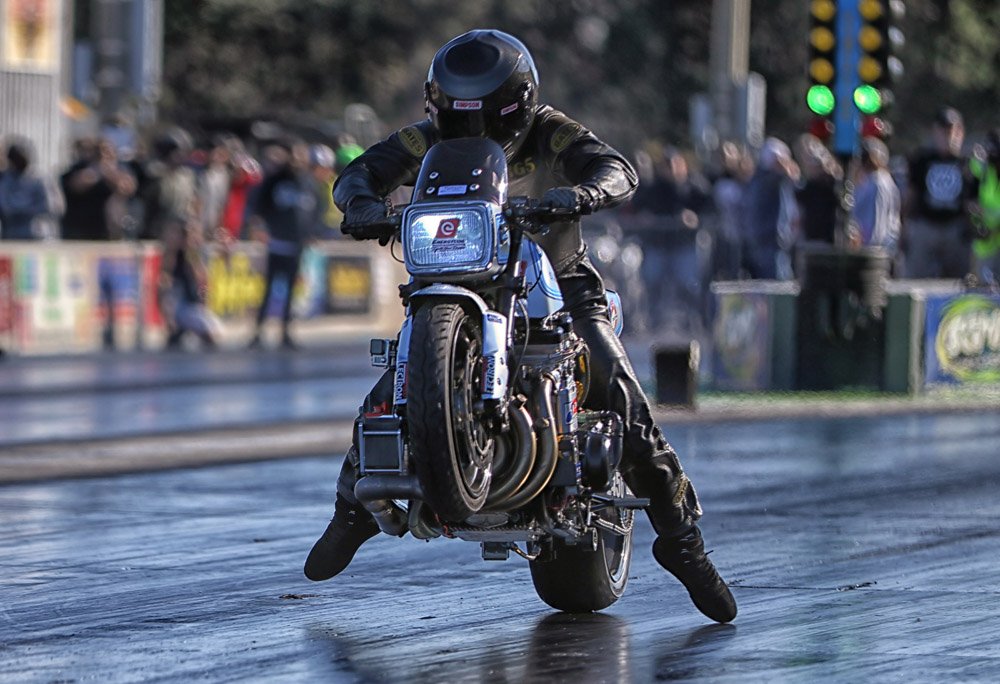 This big racing weekend starts Thursday with seven hours of testing from 2:00pm till 9:00. Both lanes will be open, and $150 per bike is the cost.

Friday night brings NHDRO’s first Road Course Shootout, sponsored by Dorian Wallace and Robert Sprague. 32 bikes are locked in and must pass a road course test Friday at 6:00pm. At 7;00pm, two 16-bike ladders will race for $500 each, with winners racing for an additional $500. Quarter mile, no bars, no slicks, no excuses.

You won’t want to miss the only scheduled Midwestern appearance of superstar rider Richard Gadson on Brad Mummert’s world famous, nitrous-huffing, old school, Suzuki GS Pro Street bike. This bike has been featured at the PRI show, on the cover of Race Engine Technology magazine, and in the hearts of all who love motorcycle drag racing. Make sure you are on hand to see it belching big nitrous backfire flames as it speeds down Indy’s 1320.

And MD 20/20 vs. Melania? Stranger things have happened….

Brian and Niki Welch can’t wait to welcome the whole, wonderful NHDRO family back to Lucas Oil Raceway near Indianapolis.