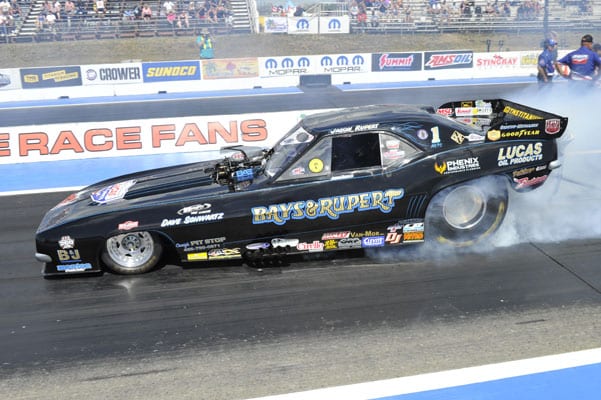 Three Nitro Jam racers scored a pair of victories for the double-event weekend. The fans in the stands hung on every pass after Jason Rupert beat the ET and mph record during Friday night qualifying. All eyes were on every pass the remainder of the weekend to see if he could back up his astounding 5.551 ET which is over 1/10th of a second under the current record. As the weekend closed, Mike McIntire is still the reigning ET and mph record holder as Rupert could not back up his record by the mandatory 1% within the same event the initial record is recorded.

Rupert attempted to back it up three times today. Unfortunately the Yorba Linda, California driver was unable to do so but he did pick up a second Ironman for the weekend and scoring his fourth IHRA Nitro Funny Car victory in as many races. Rupert defeated Paul Romine in the final of the US 131 Motorsports Park event with a 5.939 run at 241.68 with a .104 reaction while Romine, from Fishers, Indiana, left at .104 and made a 8.196 pass at 108.28 mph. 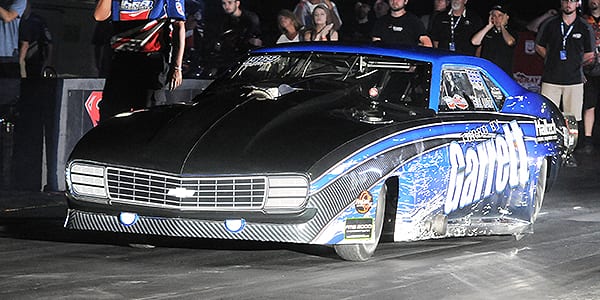 Bill Lutz and Steve Matusek faced off in the Crower Pro Mod final round. Matusek, from Kansas City, Missouri, went red with a -.242 reaction. Lutz, from Canal Winchester, Ohio, left at .147, taking home the Ironman and the Aeromotive $200 bonus for competing with their decal.

Jay Turner extended his points lead for the Nitro Harley championship chase. The Julian, North Carolina competitor picked up his second win of the weekend with a 6.319 at 230.18 mph with a .051 reaction. Randal Andras, from Amelia, Louisiana, finished runner-up with a 7.142 run at 144.83 mph with a .039 light. Jay Turner scored some breathing room in his bid for a IHRA World Championship as he and Tracy Kile were only 3 points apart in national points competition leading into this pair of events.

Matt Bertsch was the third driver to take home a matched set of Ironmen this weekend. In the Pro Stock final, Bertsch left the line in his 2007 Mustang at .022 while Cary Goforth went red with a .003 light in his 2013 Camaro.

Jet Dragster competition closed out the night with Shea Holbrook and Marisha Falk squaring off in the final. Holbrook, from Groveland, Florida, left before the third activation light, handing Falk the win. Falk, from Port Orange, Florida, cut a .131 light.