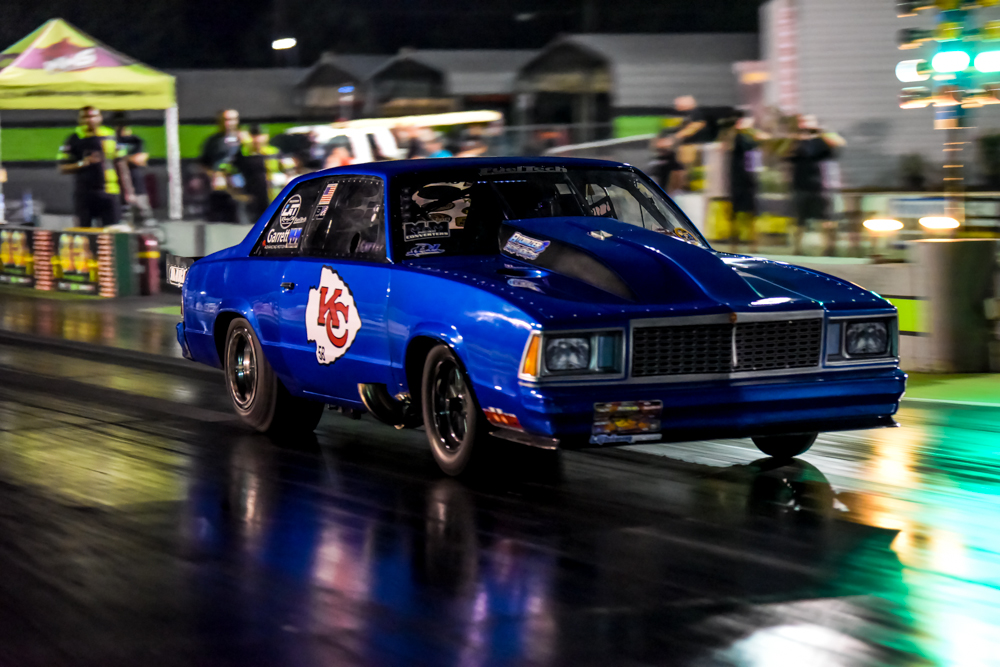 A timing malfunction prevented what Mark Micke believed would have been a record run in Pro 275. Two runs later, Micke went ahead and proved it.

Once again taking the classic Jason Carter-owned ’78 Chevy Malibu to unprecedented heights — this time in a new class – Micke lowered the boom to close out Friday at Orlando Speed World Dragway, making the quickest run in class history with a blast of 3.822-seconds at 203.65 mph.

It gave Micke the top spot at this weekend’s COVID-8 and another major milestone, this time in a class that is thriving these days.

“During Q4, there was a timing malfunction, so we only got our 60-foot and 330 numbers. But we knew the data and figured it was an 3.83. We knew we had it,” Micke said. “Q5 we got a little greedy and spun, but luckily we had a sixth (qualifier). We loaded that run from Q4 and went right down. It was a good run and it feels good. There’s a bunch of badass race cars here and it’s a pretty big deal for us.”

Setting class standards is nothing new for Micke and company, but it certainly doesn’t get old.

Two years ago, he took the turbo-powered Malibu to incredible levels in Radial vs. the World, winning the $101,000 Sweet 16 with a bevy of record performances, including runs of 3.623 and 220 mph.

It took that class to new heights, and now Micke appears to be dong the same in Pro 275, which has seen an influx of talent and performances in recent months.

As RvW moved well into the 3.50s — and creeping up to the 3.40s – Micke felt Pro 275 would be the perfect place for the Malibu, still having the opportunity to run well without beating up parts.

“Since this COVID-19 deal hit, we’ve been testing a lot. We knew we had those runs in it,” Micke said. 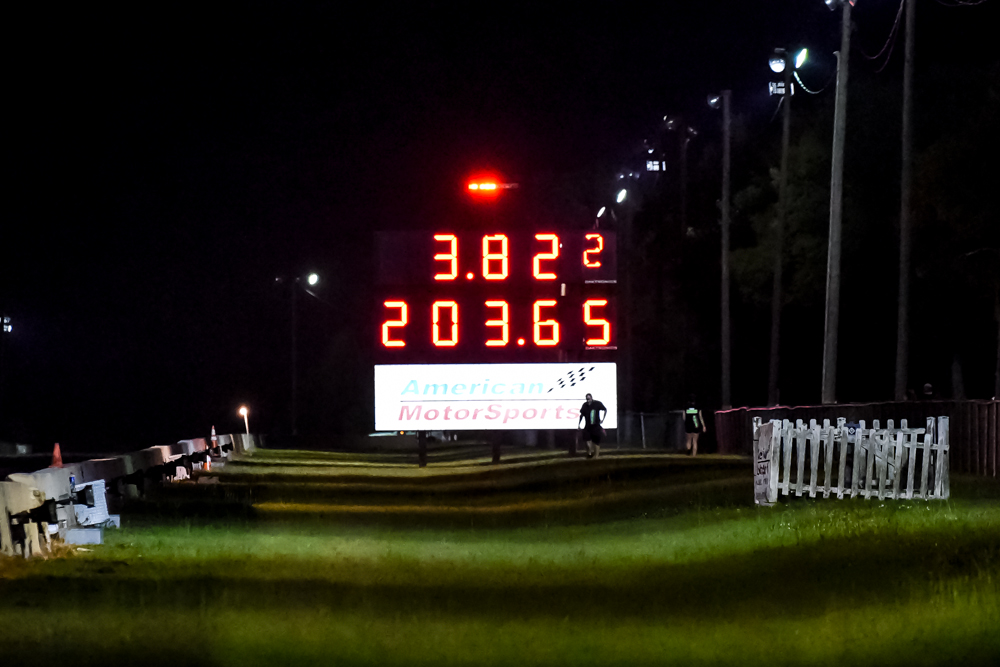 Setting benchmarks in the class isn’t lost on Micke or Carter. Their RvW record no longer stands and Micke knows his 3.822 blast Friday won’t last forever, but successfully pushing the bar has made Micke a legend in the radial ranks.

The class put on a show on Friday in Orlando, drawing 16 standouts for the eight-car shootout. Blake Copson led most of the evening with his run of 3.857 at 204.11, but Roger Holder topped him with a 3.856 at 206.89 in the final qualifier. Ziff Hudson went 3.860 at 202.73 in the lane next to Holder to give the class its quickest side-by-side pass in history, setting the stage for Micke’s dramatics moments later.

“We ended up on top, but Roger is more than capable of going faster, Ziff is capable of going fast, and you’ve got guys like Blake and Craig (Sullivan), who set the speed record (211.33 mph) driving (Mark Woodruff’s) car. It’s just really fun and competitive,” Micke said. “We’re not here beating up our stuff, either. We made six runs in like seven hours, so it’s kind of fun to do that when you’re not just destroying your stuff.

“It adds a lot more enjoyment to it. I love RvW, but every time you went down the track you’re waiting for something to blow up. This class is super competitive and it’s gotten a good response from everyone.”

Micke will face off with Scott Guadagno in the opening round of eliminations, knowing he’ll have to be perfect to get through three rounds on Saturday. But that’s the appeal and why Micke spent all Saturday morning and afternoon working on the car, knowing he may need to dial up another record-level blast to win.

“If we’re fortunate enough to get to the semis, we’re going to have to run that 3.82 to win,” Micke said. “These eight cars are all fast and you won’t be able to have any mistakes tonight.” 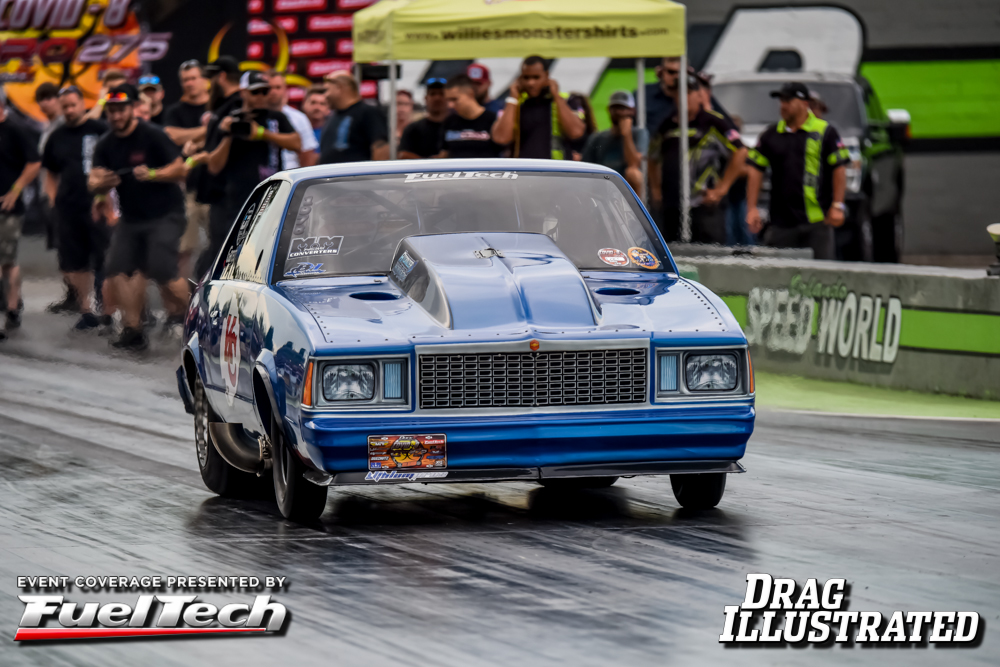