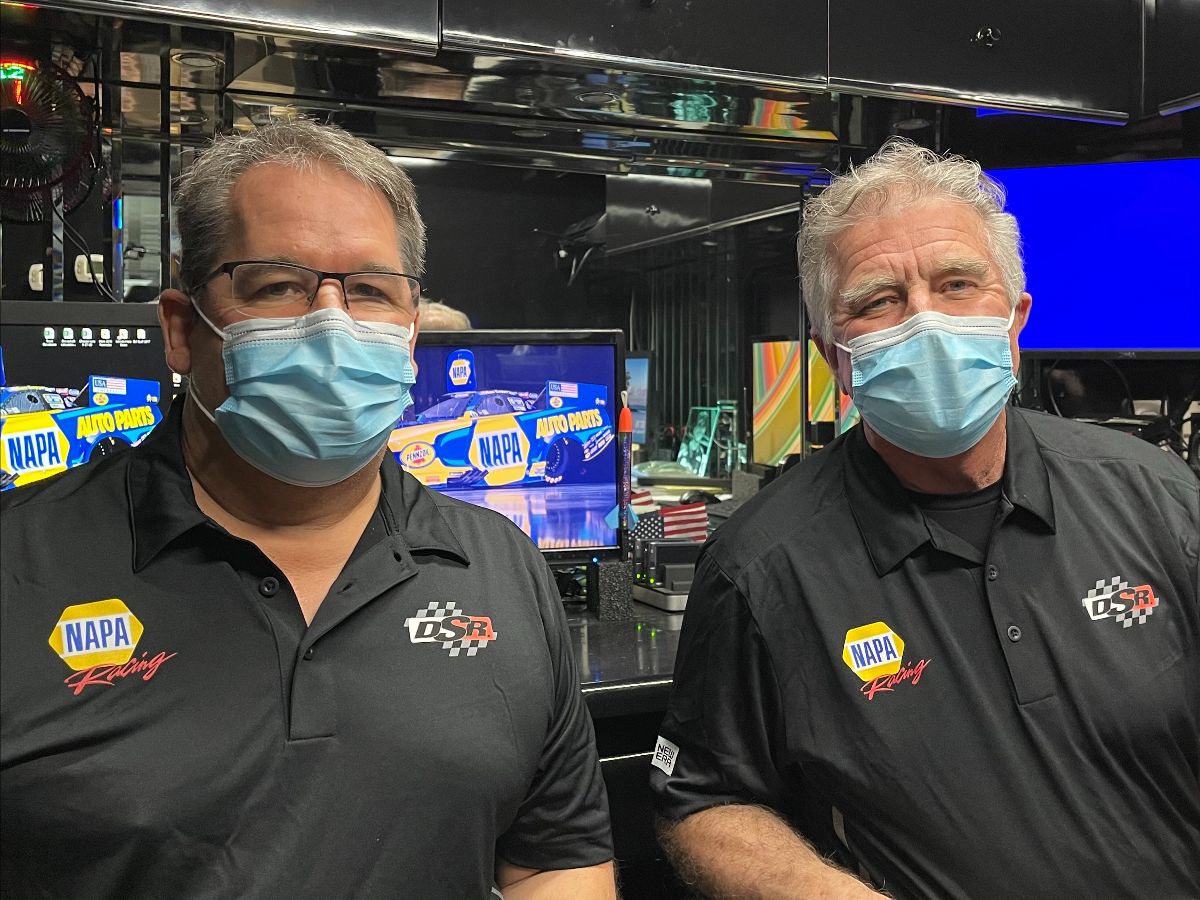 “Our relationship with NAPA is extremely important, and we’re thrilled to continue to fly the NAPA flag,” said team owner Don Schumacher. “They’ve been tremendous supporters of Ron and DSR, and we’re very proud to have partnered with them for so many years. We look forward to delivering more wins for NAPA in 2021.”

Kevin Herron, President, US Automotive added “NAPA is excited to be starting our 14th season as the primary sponsor for DSR and Ron Capps. Having a team and a brand ambassador, like Ron Capps, who understands our business, our employees, and our customers, makes them a valuable resource in helping to build upon the 95 years of NAPA brand equity. Looking forward to great success on and off the track in 2021.”

The NAPA/DSR partnership extends back to 2007 when NAPA first signed on with drag racing’s winningest organization as an associate sponsor and went on to become the primary sponsor of Capps’ Dodge Funny Car the following year. Over the past 13 years, Capps and the NAPA team have gone on to win 41 races, 18 poles, and the 2016 NHRA Funny Car world championship.

“To be going on 14 years with a great sponsor like NAPA AUTO PARTS is incredible,” said Capps, who, in 2021, will embark on his 27th season as a professional drag racer, and 17th as a member of the DSR family. “Many of the NAPA AUTO PARTS stores are independently-owned, as are all of the NAPA AutoCare Center repair shops. Since these local businesses are essential to the communities and towns across the US, it’s been so gratifying to get to know and represent all of those hardworking people through these many years. I’m proud to continue that tradition into 2021.”

“I’m excited to team up with Guido and John,” explained Capps. “Guido and I go way back. In 1995 during my rookie season in Top Fuel, I was also a crew guy on that car and would drive the truck to each event. Guido was a crew guy on (John) Force’s team at the time and he was also a truck driver, so we would follow each other in the trucks from race to race, and ended up hanging out quite a bit away from the race track. As for John Medlen, there is little more that needs to be said. He is someone who is just so knowledgeable and so much fun to be around. And we have familiarity; this won’t be our first time working together. He was my crew chief for a bit back in 2010 and we won Sonoma together that year. It was a very emotional win given the Medlen family’s history with that track, and that win remains one of the highlights of my career.

“I am extremely confident that the NAPA Dodge will be parked in the winner’s circle very early in the season. As we’ve seen over the past few years, they have a very, very good race car,” added Capps of Antonelli and Medlen’s nine triumphs since joining forces as co-crew chiefs in 2017.

“Ron has been both a fierce opponent and great teammate, and now we have the privilege of having him wheel our hot rod,” explained Antonelli. “It means the world to John and myself to have been selected to be a part of the NAPA family. We had a pretty good car last year with Jack (Beckman), but left a little on the table. We have made a few changes in the off-season to get that ‘last little bit’ so we can make sure we’re running for the championship this year.”

Capps’ 330-mph Dodge Charger SRT Hellcat will continue to sport the familiar blue and yellow branding that NAPA fans have come to expect, but this year’s livery is extra special because certain design details were chosen by Capps’ fans via social media.

“One of the coolest things was having NAPA ask me to help design our paint scheme back in 2019. It’s not very often a driver gets to be involved in the design process, and we had a lot of fun with it. Well, they asked me to do it again this year, and I actually took it one step further and posted some of the design options on social media and asked the fans to help me choose our paint scheme. The response was overwhelming, and I’m excited for the fans to see our car for the first time since they had a hand in designing it. I think it looks awesome.”

Capps earned two victories during the COVID-19-abbreviated 11-event 2020 season, and will be looking to add to DSR’s current undefeated Funny Car streak of 14 consecutive wins when the 2021 NHRA Camping World Series commences with the Gatornationals in Gainesville, Fla., March 12-14. Prior, Capps, Antonelli, and Medlen will hit the track together for the first time at the pre-season Winter Warmup test session in West Palm Beach, March 5-8.