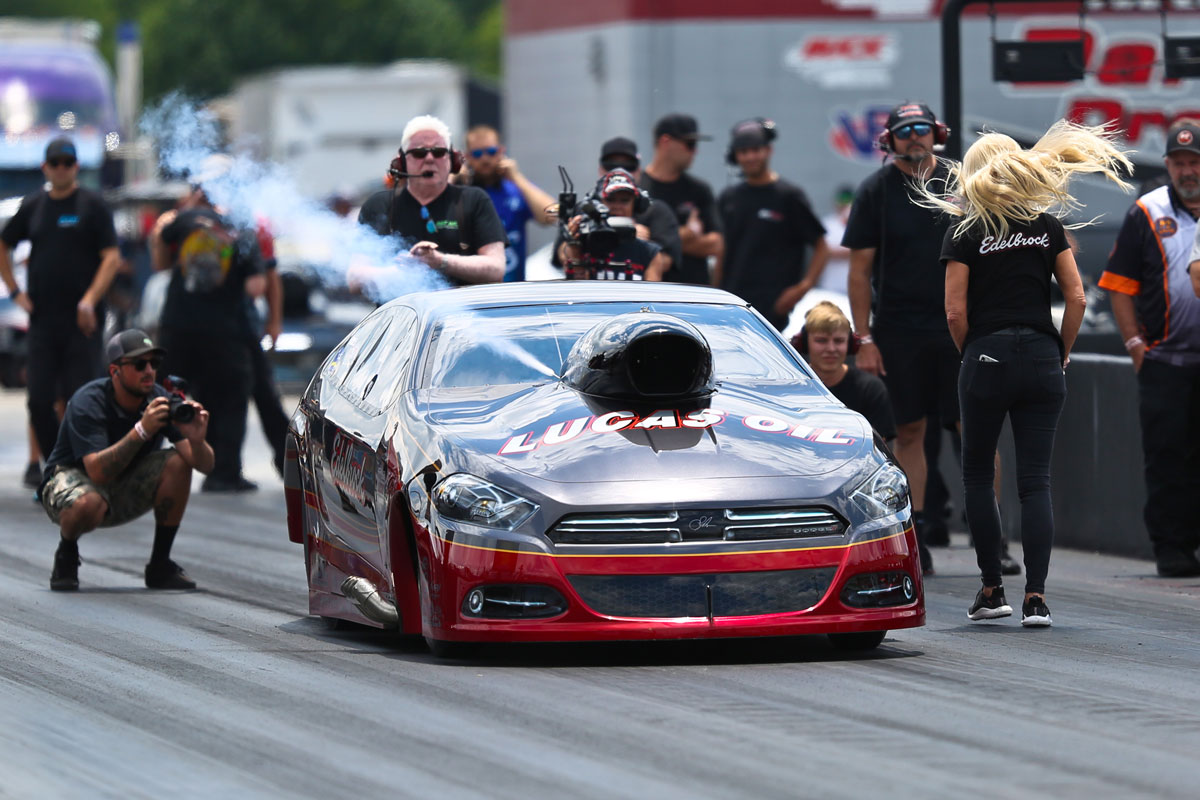 With a quick turnaround on the Professional Drag Racers Association (PDRA) schedule, Musi Racing enjoyed a step in the right direction last weekend at the PDRA Carolina Showdown.

Lizzy Musi and the team made major improvements from the PDRA opener two weeks prior in Pro Nitrous, winning a round in the Frank Brandao-owned Edelbrock/Lucas Oil “King Kong 7” 2018 Dodge Dart at Darlington Dragway.

That was a positive move as the team made strides, while Pat Musi Racing Engines customer Tommy Franklin also enjoyed another banner weekend, winning his second straight Pro Nitrous race in his Musi-powered “Jungle Rat” ’69 Camaro.

“We came out of this weekend feeling positive,” Pat Musi said. “We finally figured what was going on and we almost snuck up on it. As a team, we’re getting there and we made some progress. We’re coming around, we just have to continue to make some adjustments. Tommy is running really well and that team has it figured out right now. I’m happy to see a customer succeed and perform at that level. Everybody gets the same power from our shop and their car is running great.”

It gives Franklin a dominant start to the 2020 PDRA season, while Lizzy Musi made a number of consistent passes in qualifying.

It’s not quite the 3.60s runs the Musi Racing team has become accustomed to, but Pat Musi promises those runs are coming.

“We made it down the track every time and we almost beat Tommy, so we’re getting closer to where we want to be,” Musi said. “We’ll get it and we’re almost there. The crew is working hard and we’re happy. We had some good speed and everyone knows we’ve got big power. We’re coming along. Lizzy is doing a great job driving and I wouldn’t be satisfied with anybody but her in the car. She’s doing her job and we’ll get there as a team.”