“I knew I had to do my job against Tommy,” Musi said. “He’s been running so well this weekend. I wasn’t shocked when he ran a 3.65 in the final because I knew it was coming from him. It felt good to be able to get the win on a holeshot. I just breathed a sigh of relief when I saw the win light come on.”

Musi qualified No. 2 and defeated Randy Weatherford, Jim Sackuvich and John Hall on her way to the final round. The Pat Musi Racing Engines president recorded three of the fastest passes in Pro Nitrous history, tying her own national record with a 206.54 blast against Hall. Franklin was the low qualifier with his national-record 3.653, followed by a barrage of 3.6-second passes to take out James Hancock, Jason Harris and Jay Cox.

A perfect .000-second reaction time was all John Montecalvo needed to drive around recently crowned Extreme Pro Stock world champion Cary Goforth in the final round. Coming off a record-setting 4.020 in the semifinals, Montecalvo drove his Haas-built ’17 Camaro to a 4.052 at 179.33 over Goforth’s 4.023 at 177.95 in his Dean’s Casing Service/Dewayne Higgins Trucking ’15 Camaro.

“What a perfect ending to the season,” Montecalvo said. “As a driver, I’m overjoyed to win on a holeshot. They’re telling me now it was a .0000 light – that’s really cutting it close. I felt good in the car. We made some changes to the clutch linkage for the final round. Man, it certainly reacted. Winning on a holeshot in the final round? That’s the way to do it.”

A two-time winner on the season, Montecalvo raced out of the No. 3 spot and raced past John Konigshofer, Elijah Morton and Chris Powers. Goforth, who secured his second PDRA world championship at the GALOT fall race, qualified No. 1 and bested mountain motor Pro Stock veterans Lester Cooper, John Bartunek and Jeff Dobbins on the way to his fifth final of the season.

“To come out at the end of the year and win two in a row, it doesn’t get any better than that,” McCoy said. “We worked hard all year and made a lot of changes. We struggled in qualifying and started finding our problem first and second round. We just kept working at it and it paid off in the final.”

McCoy, who celebrated his 38th birthday along with the win, qualified fourth before beating Shane Eperjesi, Spencer Allen and No. 1 qualifier Chris Garner-Jones. Schweigert, a Canadian dairy farmer, rode out of the No. 3 spot and charged to round wins over Terry Wynn, three-time PDRA world champion Eric McKinney and T.T. Jones.

Racing in just the second event with a new Voss Racing Engines ’17 Corvette, Dillon Voss qualified No. 1 and won his second consecutive race in Extreme Outlaw 632. He left first on No. 2 qualifier Ken Quartuccio and streaked to a 4.319 at 166.09 to defeat Quartuccio’s 4.308 at 169.25 in his ’69 Camaro. Voss previously defeated Rocky Raynor and John Lassiter, while Quartuccio bested Robert Sellers and Dominic Augustine before a bye into the final round.

Baltimore, Maryland’s Mike Decker Jr. was the man to beat in Outlaw 10.5, a class added to the World Finals lineup in the weeks leading up to the event. Decker qualified his supercharged Decker Salvage C7 Corvette in the No. 1 spot and defeated John Carinci’s aborted 13-second run with a 4.158 at 191.05 in the final round. He received a bye run in the opening round, then drove to round wins over Ron Green and son Mike Decker III. Carinci raced around Brian Chin and Dale Collins Jr. 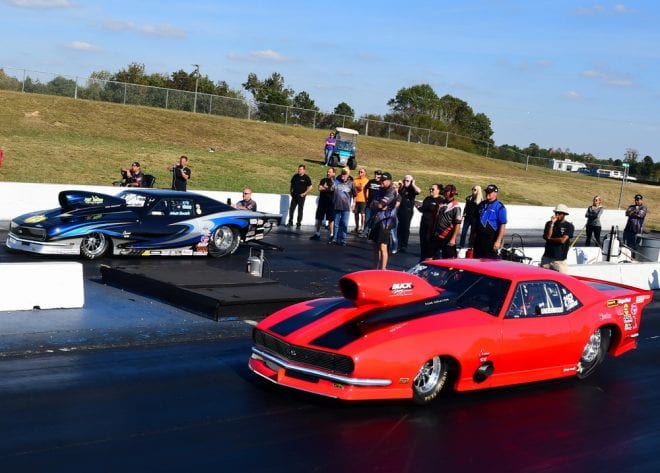 Better at both ends of the track, Top Sportsman Elite 16 driver Henry Underwood ran 4.114 on a 4.01 dial-in to upset low qualifier Matt Smith in Henry Dogay’s “Cajun Nightmare” ’68 Camaro, who slowed to a 4.077 on a 3.80 dial-in. Underwood earned round wins over Cam Clark, Jordan Wood and Billy Albert before facing the two-time NHRA Pro Stock Motorcycle world champion. Smith’s route to the final round included round wins over Tim Lawrence, Scott Duggins and Barry Daniluk. 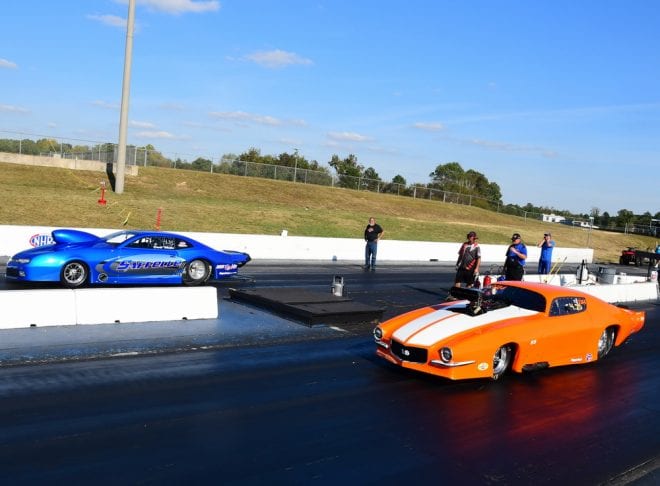 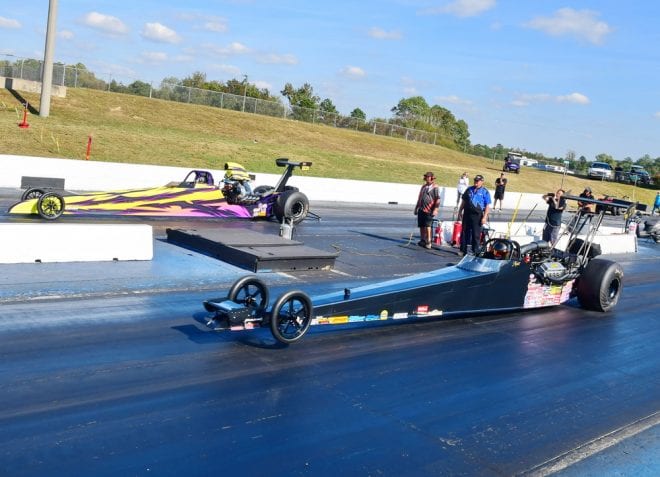 Newly crowned Top Dragster world champion Matt Cooke capped off his season with a second event win in his fifth consecutive final round. Racing from the No. 8 spot, Cooke used a .003 reaction time and 3.968 pass on a 3.93 dial-in to beat Chase Beverly’s 3.924 on a 3.91 dial-in. Cooke in his ProCharger-boosted dragster began eliminations with a bye run before taking out Jimmy Sackuvich and Michael Galafaro. Beverly qualified seventh and defeated Bubba Turner, Chaz Silance and Randy Whitlock on his way to the final.