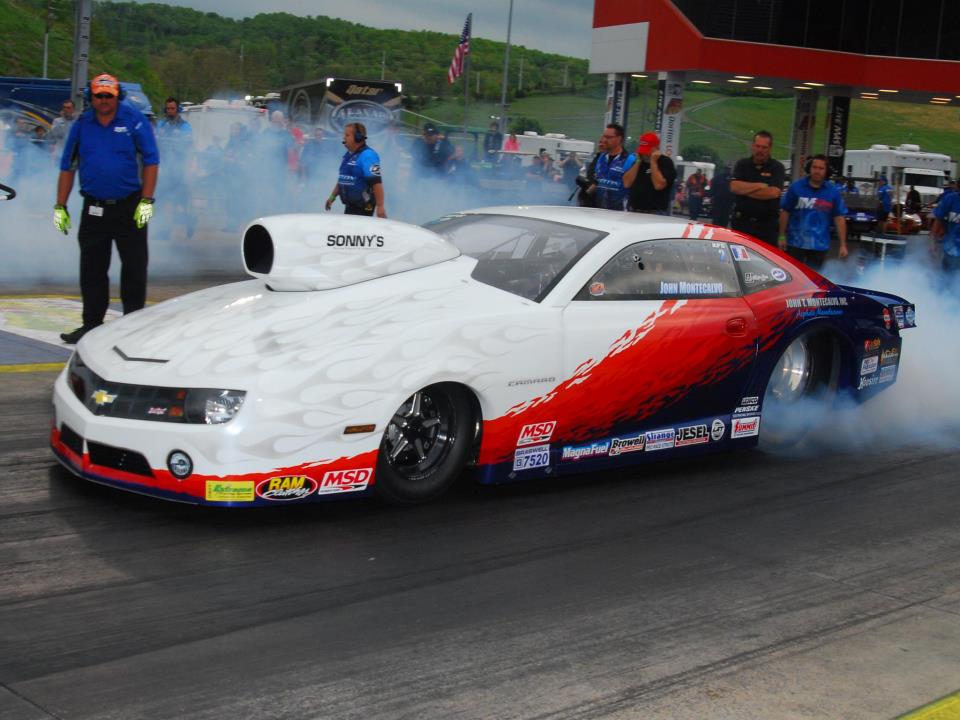 Just one week after a dominating race at the IHRA Nitro Jam Southern Nationals, John Montecalvo took his Camaro to the winner’s circle for back-to-back victories. Once again, Montecalvo qualified on top of the U.S. Bounty Hunters Pro Stock field with an incredible 6.252 at nearly 224 MPH. The domination continued throughout eliminations as Montecalvo and his team were consistently the quickest of the field. In round one, Kevin Bealko’s 6.39 fell to Monte’s 6.34. The semi-final round was a repeat of the Southern Nationals final round matchup in which the New Yorker defeated Aruba’s Trevor Eman. Montecalvo posted another 6.34 to Eman’s 6.37. In his second final round in as many races, Montecalvo drove to a decisive victory against Matt Bertsch, stepping up to a 6.31 against Bertsch’s 6.36. With two incredible weekends of racing in Florida, Montecalvo increases his points lead in IHRA Pro Stock.

“Things turned out very well, going down there and winning two in a row. Last year we went through a little dry spell. To come back this year and win back-to-back races has really boosted the morale of the whole team. Tommy [Lee, Crew Chief] is doing a great job, of course, along with William, Jeff and [wife] Lois Anne. We were still at the track for Lois Anne’s birthday, which was Sunday. I tried to win for her birthday before, but wasn’t successful. This time was a double celebration. Dina and Andrew Parise [Pro Mod competitors] were nice enough to bring over a cake, so we were able to celebrate her birthday that night after the win.”

“We’re praying and we know that Cale is very strong and determined,” Monte continued, speaking to Cale Aronson’s high speed crash in the semi final round of U.S. Bounty Hunters Pro Stock. Aronson is still in Florida recovering from his accident. “We have faith he’s going to come through this thing and be well. Many people have pulled together to help the Aronsons during this time. The Gwynn family [of former Top Fuel racer Darrell Gwynn] has been especially helpful. I know that Cale, Tinzy and Chuck are thankful for all the prayers and support. There’s still a long road ahead of them. They will need financial assistance, so we’ve spoken with the authorities at IHRA who pointed us to God Speed Ministry. They have a fund set up for these type of situations. Anyone that wants to help Cale out financially can make a donation to God Speed Ministry’s ‘Bridge the Gap’ Fund. I know the family appreciates the kindness of our racing community.”

An online payment option is available at www.godspeedministry.com or click here to go directly to the payment site

“It was a very bittersweet weekend for us,” Montecalvo added. “It was difficult to celebrate our victory on the heels of his accident. Pro Stock racers are a close knit group and we hate to see one of our own suffer any type of accident or hardship. We’re cheering him on to recovery.”