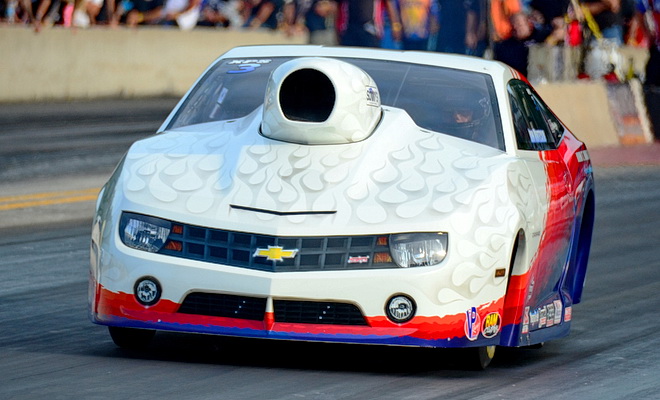 PDRA Extreme Pro Stock team owner and driver John Montecalvo recently announced that veteran tuner and former driver Tommy Lee will replace Justin Belfance as car chief and crew chief on Montecalvo’s 2013 Camaro. With experience as both a driver and a crew chief, Lee has been a fixture among both mountain-motor and 500-cubic-inch NHRA Pro Stocks for decades.

“We are excited to have Tommy Lee on board with us; it’s a bad news/good news scenario for our team” Montecalvo said. “It’s tough to say goodbye to Justin. He was a good fit for our team and did an outstanding job for us and we wish him all the best.  We’ll miss him, but I feel very comfortable having Tommy join us as he knows his way around mountain-motor Pro Stock.”

A young talent in the sport, Belfance has been busy not only as Montecalvo’s main hired hand, but also starting a family with his wife Ashley in their Georgia home.  With his growing family requiring greater time commitments Belfance has stepped aside from his race career and busy travel schedule.

Montecalvo’s car, hauler and equipment have already been relocated from Gainesville, Georgia, to Lee’s shop in Statesville, North Carolina, while Montecalvo will commute to events from his Center Moriches, New York home.

“Tommy’s shop is closer to Sonny’s (Leonard, engine builder) for us and close to some good test tracks,” Montecalvo said. “An added bonus is that he’s an excellent driver if we need him behind the wheel to test.”