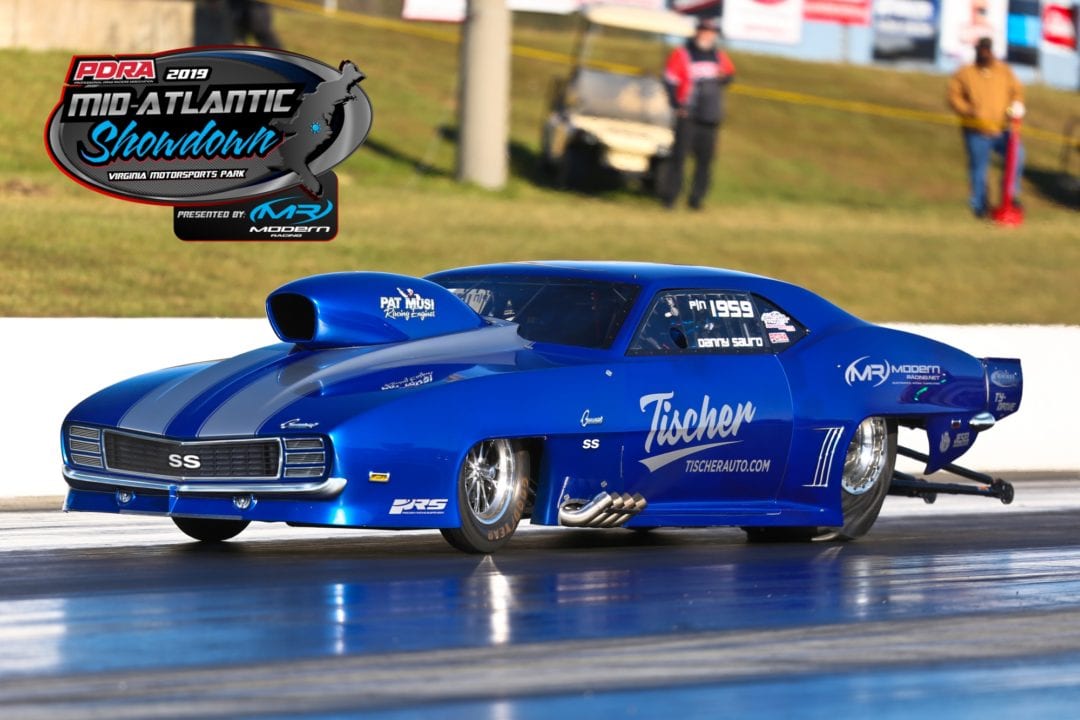 Modern Racing, a one-stop-shop for motorsports electronics, wiring and fabrication services, has been named the presenting sponsor of the second race on the Professional Drag Racers Association (PDRA) 2019 tour. The PDRA Mid-Atlantic Showdown presented by Modern Racing will take over Virginia Motorsports Park in Dinwiddie, Va., May 2-4.

“We’re elated to have Modern Racing, one of our biggest midway vendors, sign on as the presenting sponsor of the Mid-Atlantic Showdown,” said Will Smith, marketing director, PDRA. “Modern Racing and founder Justin Elkes have been a part of the PDRA community since our early days, and we’re honored to have them continue their involvement in this expanded role.”

“Having Justin Elkes and Modern Racing come on board for the Mid-Atlantic Showdown in 2019 is huge for the PDRA and the host track of Virginia Motorsports Park,” added Tyler Crossnoe, race director, PDRA. “Modern Racing had a strong presence in our series in 2018 and we look forward to helping them promote their brand and company to the masses through this new event presenting partnership for the second of eight races on the PDRA Road to the Finals.”

Originally formed as a solo venture by Elkes in 2006, Modern Racing is now a full-service motorsports electronics, wiring and fabrication shop located in Mooresville, N.C. Modern Racing stocks a variety of products from industry-leading manufacturers and has a staff of talented fabricators and wiring and electronics experts able to provide service at Modern’s multi-bay facility in Mooresville’s Lakeside Business Park.

“We just want to show our involvement and our dedication to the PDRA racers and show that our company is seriously committed to the series,” Elkes said. “We believe in what the PDRA is doing, we believe in the racers and we want to support the racers.”

Elkes and Modern Racing launched their trackside support trailer in 2018, attending PDRA races with a scaled-down version of their full-service shop. The Modern Racing support trailer has been upgraded for the 2019 season with the addition of a wiring station capable of building wiring harnesses and a Brown & Miller hose-making machine to create custom fuel lines, oil lines and vacuum lines. The trailer will also stock products from new vendors Meziere Enterprises, Aeromotive Fuel Systems and Race Star Wheels, as well as Modern’s well-known supply of products from Holley, MSD, Racepak and MoTeC.

In addition to his involvement with the PDRA, Elkes has also signed on to work with Elite Motorsports drivers Erica Enders and Steve Matusek in NHRA Pro Mod, building on his reputation as a well-versed tuner with experience in NHRA Pro Stock, Mountain Motor Pro Stock and various Pro Modified classes. Still, Elkes and Modern Racing remain committed to serving their customers in the PDRA’s premier professional and sportsman classes.

“I want the racers of the PDRA to know we’re not leaving them,” Elkes said. “We’re still there to help the PDRA guys and we’re still going to be completely involved, even though we’re also going to be at NHRA races.”