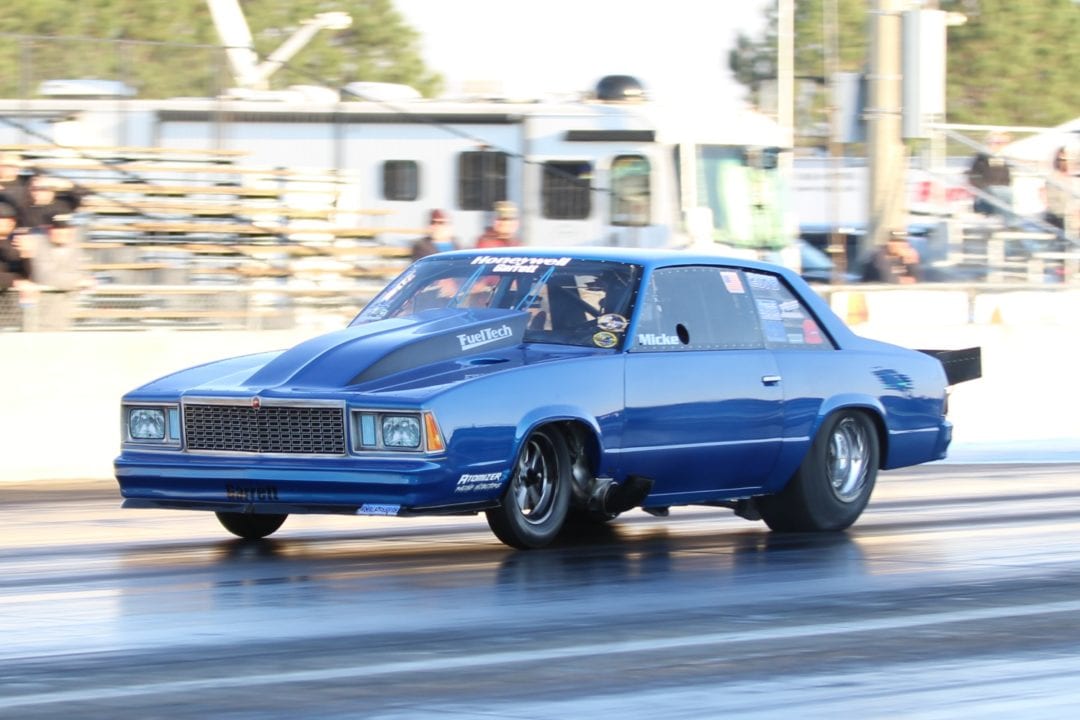 With a penchant for being a part of big-time drag racing events, it only made sense for M&M Transmissions to become a partner for the DRAG ILLUSTRATED World Series of Pro Mod, which takes place Aug. 10-11 at Bandimere Speedway. Drag Illustrated officials announced the sponsorship today for a race that will pay $100,000 to the winner.

M&M Transmissions has become a force in the Pro Mod ranks over the last handful of years, which made being a sponsor at the biggest and richest Pro Mod race in the history of the known universe a natural fit.

“To me, this race has a premier feel to it and all the top Pro Mod guys will be there,” owner Mark Micke said. “That’s what we look for when we sponsor an event. We want to sponsor the best events out there, the ones with the most hype and the fastest cars. It falls in line with what we do and it’s going to be a big event, one of the top events of the year. As far as Pro Mod racing goes, this is the top of the food chain and for us it’s a no-brainer.”

Micke has become a star driver in the drag radial world, with his company becoming a powerhouse in that class as well. But M&M Transmissions has made an impressive move into the Pro Mod ranks as well. The company’s transmissions and torque converters have earned rave reviews in the class, with a number of WSOPM participants like defending champ Mike Bowman, Clint Satterfield, Shane Molinari, Marc Caruso, Sidnei Frigo and Derek Menholt running the automatic converter in their entries. It’s helped push the envelope in the class, leading to the type of marquee racing that will take place on Thunder Mountain in August for the WSOPM.

“Mark and the team at M&M are among the finest individuals I’ve encountered in over a decade working in drag racing,” Drag Illustrated Founder and Editorial Director Wes Buck said. “They’ve rapidly become an industry status symbol, and they are well-known for being attached to cars and drivers that set records, wins races and earn championships. That makes them a perfect fit for an ultra-exclusive, elite race like the World Series of Pro Mod.”

A hands-on approach has served Micke and his team well. He had a number of strong seasons racing in Pro Mod in the 2000s, winning a championship in the NMCA before making the move to radial racing. In addition to a busy and successful racing career, that hands-on approach also includes working with customers at the track, using feedback and ideas from that real-world experience and applying it to M&M Transmission’s products. It ensures Micke and his team continue to evolve, something that will be evident at the WSOPM.

“I’m still a Pro Mod guy and I love the cars. It’s just a cool class,” Micke said. “It’s good to see a big-money Pro Mod race like this. It’s $100,000 to win and that’s a big deal. For us, we’ve been involved with some high-caliber Pro Mod guys the last 4-5 years, and that’s helped get our product up to speed. The results speak for themselves and the Pro Mod teams running our stuff are at the front of the class. Hopefully that continues and this is going to be a hell of an event.”