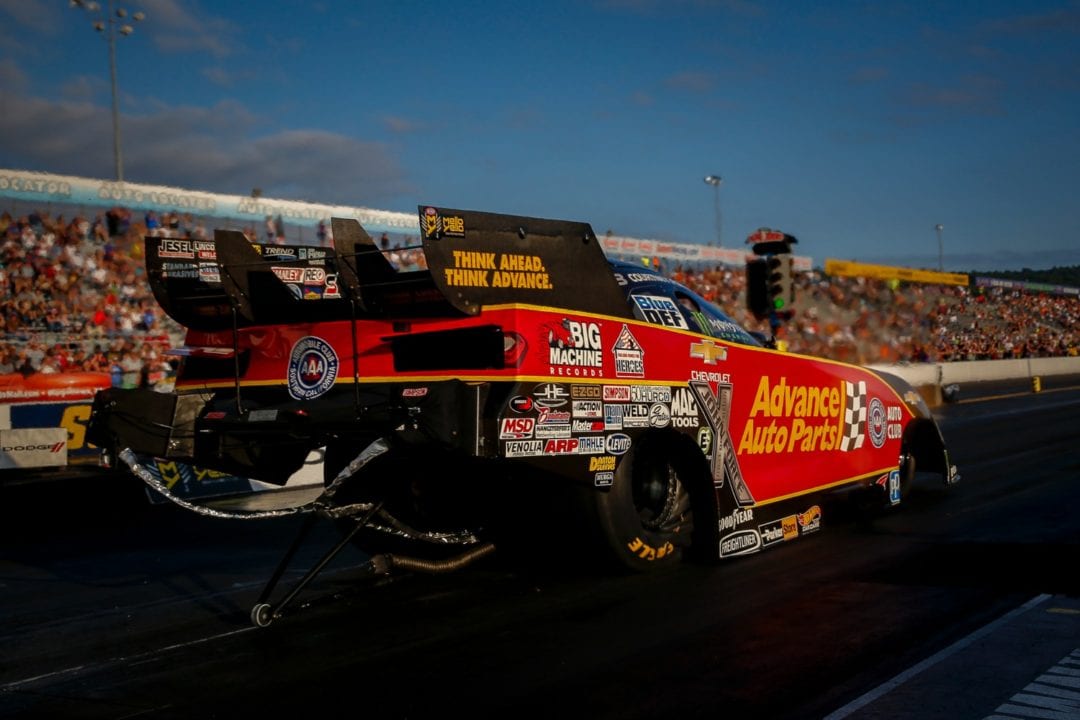 Clay Millican powered to the No. 1 qualifying position in Top Fuel on Saturday at the 34th annual Dodge NHRA Nationals at Maple Grove Raceway.

Courtney Force (Funny Car), Tanner Gray (Pro Stock) and Matt Smith (Pro Stock Motorcycle) are also the No. 1 qualifiers in their respective categories at the first of six playoff events during the 2018 NHRA Mello Yello Drag Racing Series Countdown to the Championship.

Millican claimed his eighth No. 1 qualifier of 2018,18th in his career and second straight at the track after his pass of 3.723-seconds at 330.72 mph in his Parts Plus/Great Clips dragster from Friday stood up. Millican, who is currently second in points, also had the best run in the final qualifying session and will race Jim Maroney in the first round of eliminations as he looks for his first win at the facility.

“If we make four runs like we’ve made the last two days, I like our chances,” said Millican, who is also seeking his first NHRA Top Fuel world championship. “I’m pretty happy with how the car has run this weekend. During these last six races, every point matters. It’s all points right now and it’s vitally important we go down the racetrack (Sunday).”

Eight-time world champion Tony Schumacher jumped all the way to second in his final qualifying pass in his U.S. Army dragster, going 3.754 at 328.66. He’ll race Dan Mercier to start eliminations, while points leader Steve Torrence qualified fourth with a 3.762 at 330.88 in his Capco Contractors dragster, setting up a first-round match up with Bill Litton.

Funny Car points leader Force picked up her 11th No. 1 qualifier of the 2018 season and 28th in her career after her run of 3.907 at 323.27 from Friday in her Advance Auto Parts Chevrolet Camaro SS. Seeking her first career win at Maple Grove, Force will race Mike Smith to open eliminations.

“It’s exactly how we wanted to start things off,” said Force, who is seeking her first world championship. “Our goal is try to get those bonus points and stay ahead, and we were able to do that last night. To go into the first race of the Countdown No. 1 feels pretty great for my Advance Auto Parts team. I feel like we’ve really got a great handle on the car and that gives our entire team a lot of confidence going into race day.”

Tim Wilkerson finished second in qualifying, thanks to his 3.912 at 324.20 from Friday in his Levi, Ray & Shoup Ford Shelby Mustang. Wilkerson will meet Terry Haddock in the first round of eliminations.

Pro Stock points leader Gray grabbed his sixth career top qualifier and second in 2018 after his run of 6.542 at 210.47 in his Valvoline/Nova Service Chevrolet Camaro during the final qualifying session on Saturday. Gray, who has five wins this season, will look for his first at Maple Grove and matches up with Val Smeland in the first round of eliminations. 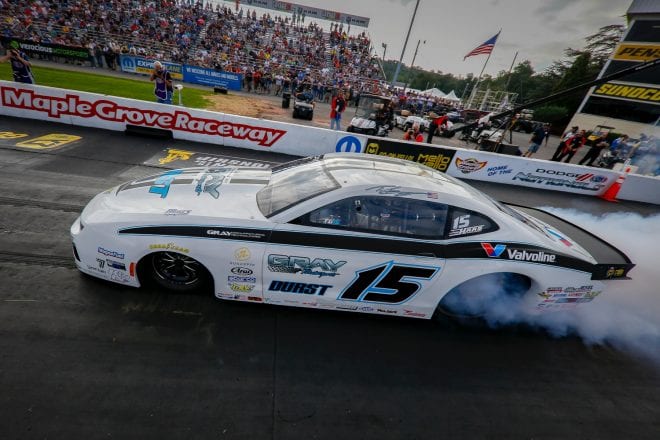 “We have really been making good runs both days and that one had a little bit of an edge,” Gray said. “It definitely gives us some confidence, but I’m not going to try to change too much. I feel like I’ve done a good job of hitting the tree here, so all in all I’m pretty excited. I’m just trying to keep the same mindset.”

Five-time world champion Jeg Coughlin Jr. qualified second in his JEGS.com/Elite Chevrolet Camaro thanks to his run of 6.546 at 210.11 on Saturday. The four-time winner at the track meets John Gaydosh Jr. in the opening round of eliminations.

Two-time world champ Smith grabbed his third straight No. 1 qualifying position in Pro Stock Motorcycle thanks to his 6.828 at 198.20 from Friday on his Elite Motorsports Denso Auto Parts EBR. Smith now has four No.1 qualifiers in 2018 and 30 for his career, and the two-time winner at the track will face off with John Hall in the first round of eliminations. 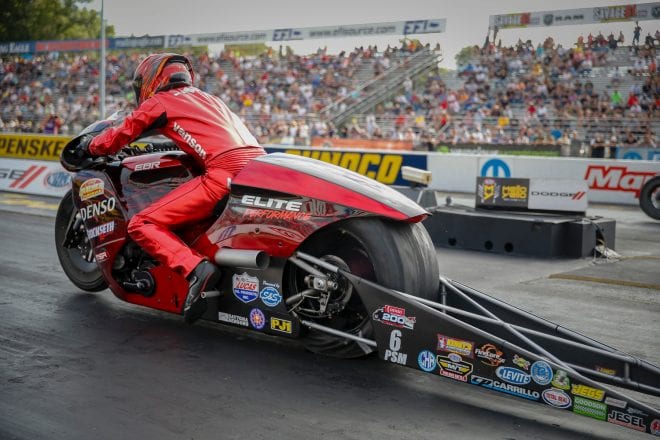 “It’s good to start from the No. 1 spot,” said Smith, who started the playoffs sixth in points. “We got a lot of bonus points so far this weekend, so hopefully we can go some rounds tomorrow and improve our position so we can put ourselves in position to win this championship. That’s what we’re trying to do. We just have to some rounds (Sunday) and see what happens.”

Points leader Eddie Krawiec, who is the defending world champion and also the defending event winner, jumped up to second on Saturday on his Screamin’ Eagle Vance & Hines Harley-Davidson after his pass of 6.828 at 197.08. Krawiec, who has back-to-back wins at Maple Grove, will race Jim Underdahl in the opening round of eliminations.

Eliminations at the Dodge NHRA Nationals begin at 11 a.m. on Sunday.