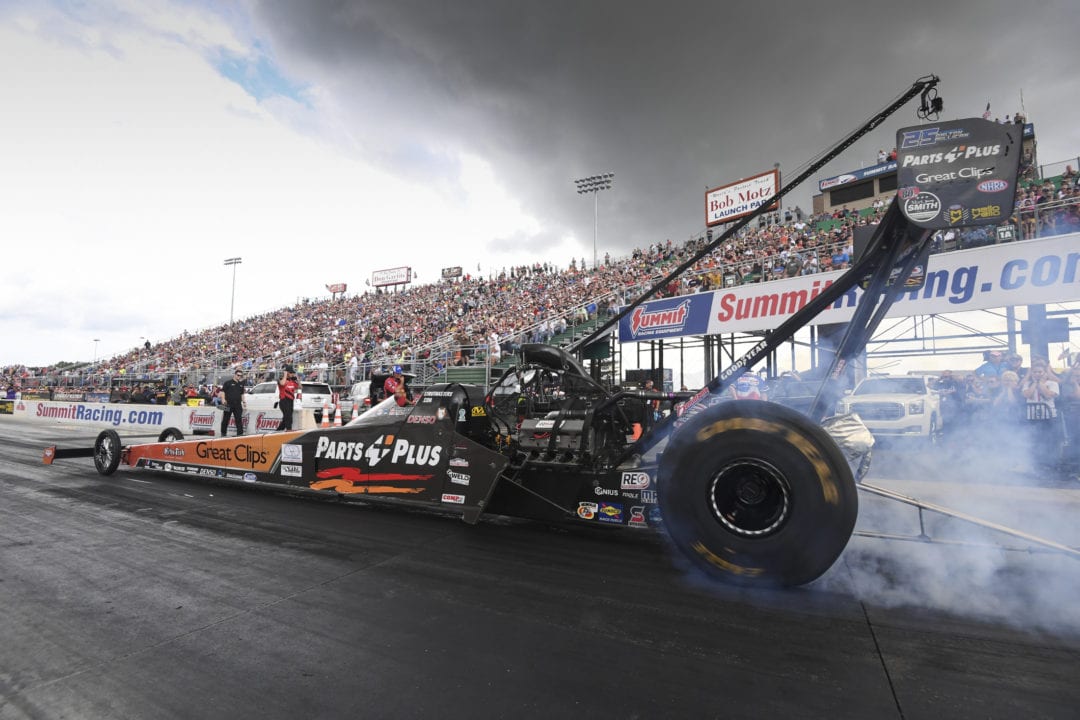 lay Millican set the Top Fuel track speed record Saturday afternoon during the single round of qualifying due to inclement weather at the Summit Racing Equipment NHRA Nationals at Summit Motorsports Park.

Millican powered to the top spot with a run of 3.750-seconds at 332.67 mph in his Parts Plus / Great Clips dragster during the lone qualifying session on Saturday. This is his sixth No. 1 qualifier on the season as he looks for his fourth career victory.

“Our goal was to be in the top five,” Millican stated. “Once we did that, that allowed (crew chief) David Grubnic to get after it that last run. We really weren’t expecting a lot different than that. When the car does what we want it to do it makes everyone on the team pretty confident about what’s going on.”

Millican will square up against Dom Lagana for the first round of eliminations. Defending Top Fuel world champion Brittany Force qualified second as she prepares for Terry McMillen on Sunday.

C. Force remained atop the Funny Car lead with a pass of 3.935 at 327.66 in her Advance Auto Parts Chevrolet Camaro recorded during the lone qualifying run on Friday. The current points leader secured her eighth No. 1 qualifier of the year. 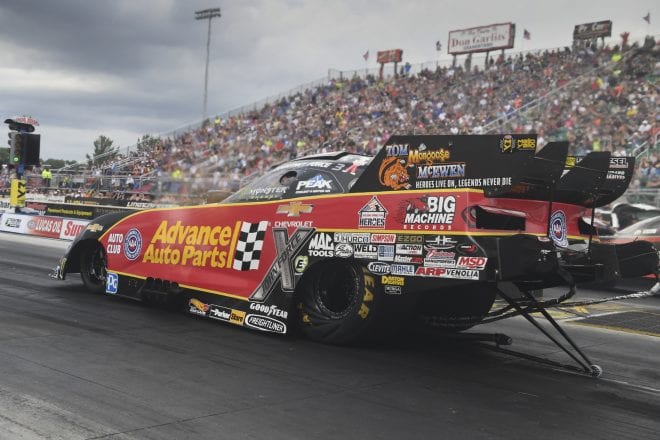 “I feel like my crew chiefs have it pretty well figured it out this season,” C. Force said. “I’m just really excited to be driving this Funny Car. Having that one good run helps you feel a lot better and confident going into race day.”

She will face-off against John Smith in the first round.

Ron Capps finds himself qualified second for eliminations as he prepares for Jeff Diehl on Sunday.
Jeg Coughlin Jr. took the top spot in Pro Stock during the only qualifying session of the weekend Saturday afternoon. His pass of 6.612 at 208.46 in his JEGS.com/Elite Performance Chevrolet Camaro locked-in his first No. 1 qualifier of the season. 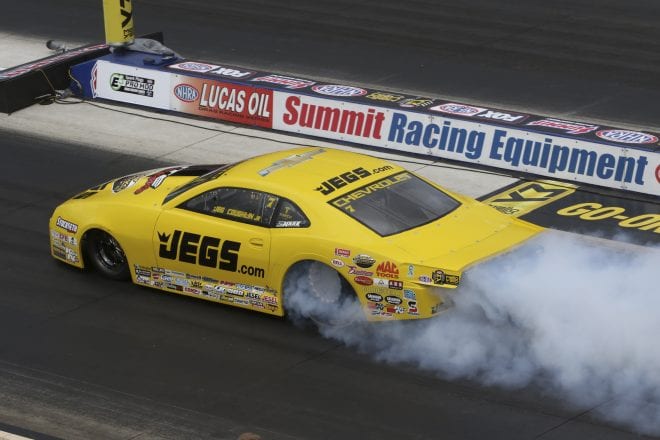 “The forecast looks good for tomorrow and we’d love nothing more than to fine tune over four rounds tomorrow,” Coughlin stated. “This is our first No. 1 of the ’18 season which feels fantastic.”

He matches up against Charlie Westcott for Sunday’s eliminations.

Jason Line qualified second and will go head-to-head with Kenny Delco in eliminations.

The Pro Stock Motorcycle class is led by Matt Smith, who used a 6.866 at 195.39 on his Victory Magnum from his lone qualifying run on Friday to lead the pack on Saturday. He is set to take on Jim Underdahl in the first round on Sunday. 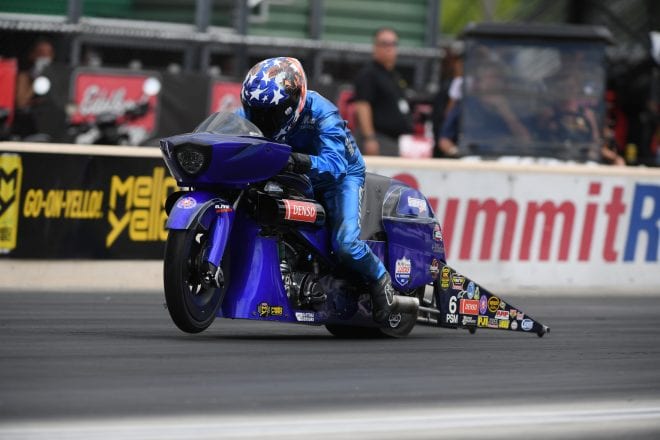 Hector Arana Jr. qualified second and prepares for Ryan Oehler in the first round.