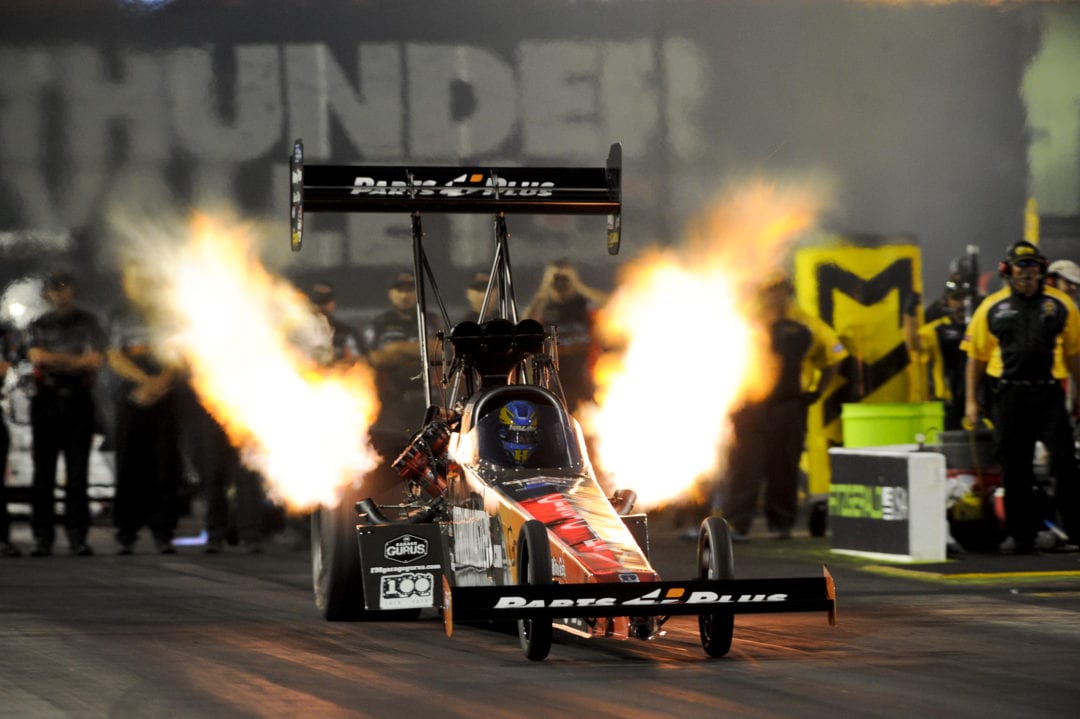 Courtney Force continued to outrun the field in the Funny Car class by earning the preliminary No. 1 qualifier position at the 18th annual Fitzgerald USA NHRA Thunder Valley Nationals at Bristol Dragway.

Clay Millican (Top Fuel) and Greg Anderson (Pro Stock) are also preliminary No. 1 qualifiers in their respective categories at the 11th of 24 events on the 2018 NHRA Mello Yello Drag Racing Series schedule.

Force jumped atop the category lead with a pass of 3.993-seconds at 325.92 mph in her Advance Auto Parts Chevrolet Camaro recorded during her second qualifying run of the day, as she was the only driver in the class to run under the four-second mark. The current points leader is on the hunt for her seventh No. 1 qualifier of the year and fifth in the past six events.

“This car was hauling down the track and it was really a great run altogether,” Force said. “It’s huge for us to pick up some bonus points and this has been a great start to the weekend.”

Millican powered to the Top Fuel class with a run of 3.817 at 322.88 in his Great Clips/Strutmasters dragster during the second qualifying pass of the day. The defending event winner is aiming for his fifth No. 1 qualifier on the season, as he also chases his third event victory in the past four events.

“I was really shocked that our ran held up during the second qualifying round, because our team wasn’t swinging for a home run with that pass,” Millican said. “I believe that there was more out there tonight, but my focus is on getting back in the Winner’s Circle here in Bristol.”

Tony Schumacher slots into second after day one of qualifying with a 3.830 at 323.66 in his U.S. Army dragster.

Anderson currently leads the Pro Stock class after driving to a 6.674 at 205.35 in his Summit Racing Equipment Chevrolet Camaro during his second pass of the day. The four-time world champion is chasing his seventh No. 1 qualifying spot of the season and third in a row.

“This track presents a different challenge, but apparently we did the best job of handling the conditions today,” Anderson said. “We knew it would be tough tomorrow if we didn’t make a strong run in the night session tonight, but we did a great job and got the most out of it that we could.”

Jeg Coughlin Jr. finds himself second in preliminary qualifying following his 6.683 at 205.22 in his JEGS.com/Elite Performance Chevrolet Camaro during the second session.

Qualifying continues at 1:00 p.m. on Saturday at Bristol Dragway.