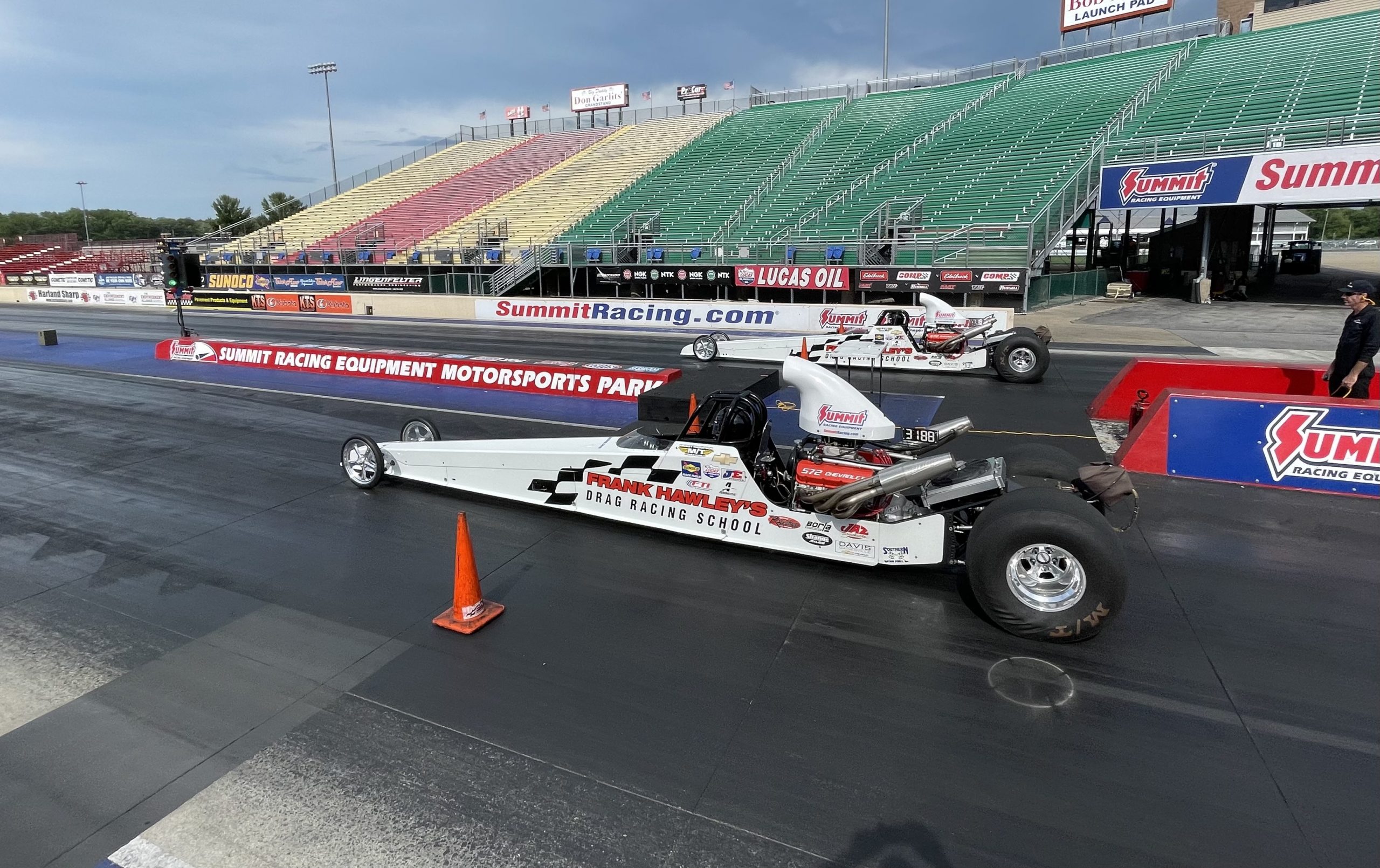 In 1999, Mickey Thompson Performance Tires and Wheels joined Frank Hawley’s Drag Racing School as its official tire supplier. While the relationship between the two entities has grown over the decades, the Mickey Thompson team knows the importance of honoring its hardworking employees and does so with an annual tradition of sending its staff to participate in the School’s Dragster Adventure Challenge.

Specifically designed as a fun course to give enthusiasts the chance to drive a dragster and compete side-by-side without the requirements of becoming a licensed racer, Frank Hawley’s Dragster Adventure Challenge is available both to the general public and to corporations at various tracks throughout the year.

In the past, Frank Hawley’s has hosted groups from John Force Racing, In-N-Out Burger, Aeromotive, Mac Tools, Icon International, and even the United States Navy Seals, but Mickey Thompson brings a group every year to get in on the action. In 2021, M/T’s guests of honor enjoyed a mid-July day at Summit Motorsports Park in Norwalk, Ohio.

“We’ve hosted the Dragster Adventure Challenge for M/T employees and customers for years. It’s the first opportunity many of these folks have ever had to get behind the wheel of a dragster and blast down the quarter-mile. They absolutely love it!” noted Hawley, who enjoys making the event a special experience.

“We bring people who usually never get out of the office – from accounting to sales to warehouse crew and even human resources – everyone at Mickey Thompson gets to go and be introduced to high performance,” added Jason Moulton, Director of Motorsports at Mickey Thompson Performance Tires and Wheels. “It’s great to see people get so excited and see the looks on their faces when they make a run for the first time. Even people who have raced elsewhere have a blast!” 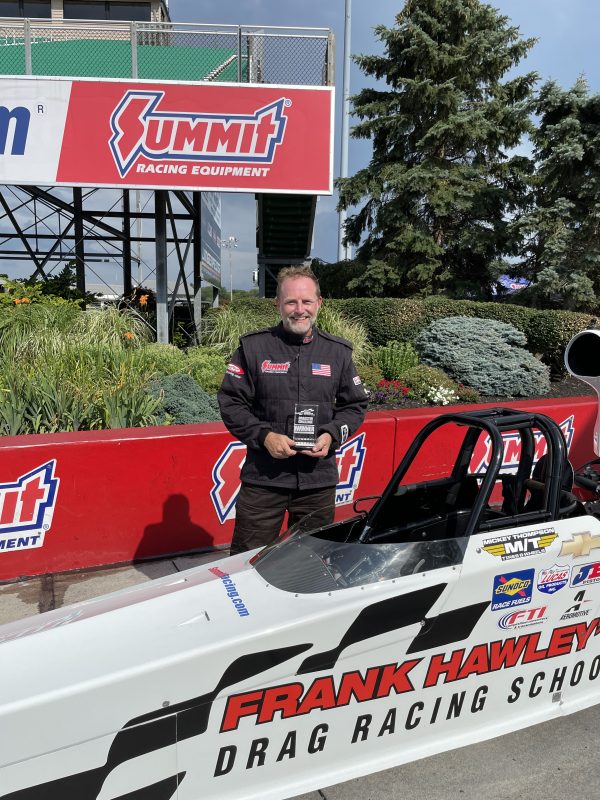 Driving full-sized, competition-style cars capable of going 0-60 MPH in 3 seconds and surpassing speeds of 130 MPH in the quarter-mile was thrilling for the participants, but perhaps the pinnacle of the day was the competition itself. “We did a chip draw to pair everyone fairly, and everyone had fun staging against a competitor, practicing their reaction times, and seeing who would be the first to the finish,” Moulton elaborated of the memorable capstone event. “Our winner was Jeremy Jacobs who has worked closely with me over the years on product development, tread design, and tire modeling, and the runner-up was my brother, Jeremy Moulton – a proud moment for me personally!”

While Moulton didn’t partake in the 2021 festivities as he opted to spend the day on the sidelines as a spectator, he did go through the program a little over a decade ago. “It was my first experience driving an automatic transmission-equipped vehicle, and a dragster, on the dragstrip,” laughed the man who had exclusively raced manual transmission cars for fifteen years prior.  “It was a ton of fun, and Frank gives such great feedback. I still carry with me today tips that he gave me all those years ago; he truly loves to pass his knowledge along to others.”

Although the Dragster Adventure Challenge is focused on fun, the partnership between Mickey Thompson and Frank Hawley’s is one that both businesses take seriously. “M/T approached us years ago about trying their tires and we loved them,” said Hawley. “Mickey Thompson’s tires provide our customers with traction, reliability, and performance.” All of the racecars at the School roll on M/T rubber, and, as each set of tires sees plenty of passes, there’s tons of valuable information and data constantly being gathered.

“It’s an honor for us to be part of Frank Hawley’s Drag Racing School. Frank’s championship pedigree and the great feedback he gives us creates a strong synergy,” stated Moulton, who predicts the 20+ year relationship will continue well into the future. “Plus, when students attend, they experience Mickey Thompson’s products and can trust our tires when they move forward with their racing or performance driving goals.”

For Frank Hawley’s, the advantage of working with Mickey Thompson means reliable performance and excellent value – all neatly packaged into a tire that is produced by an American-based company that values the true spirit of the sport of drag racing.