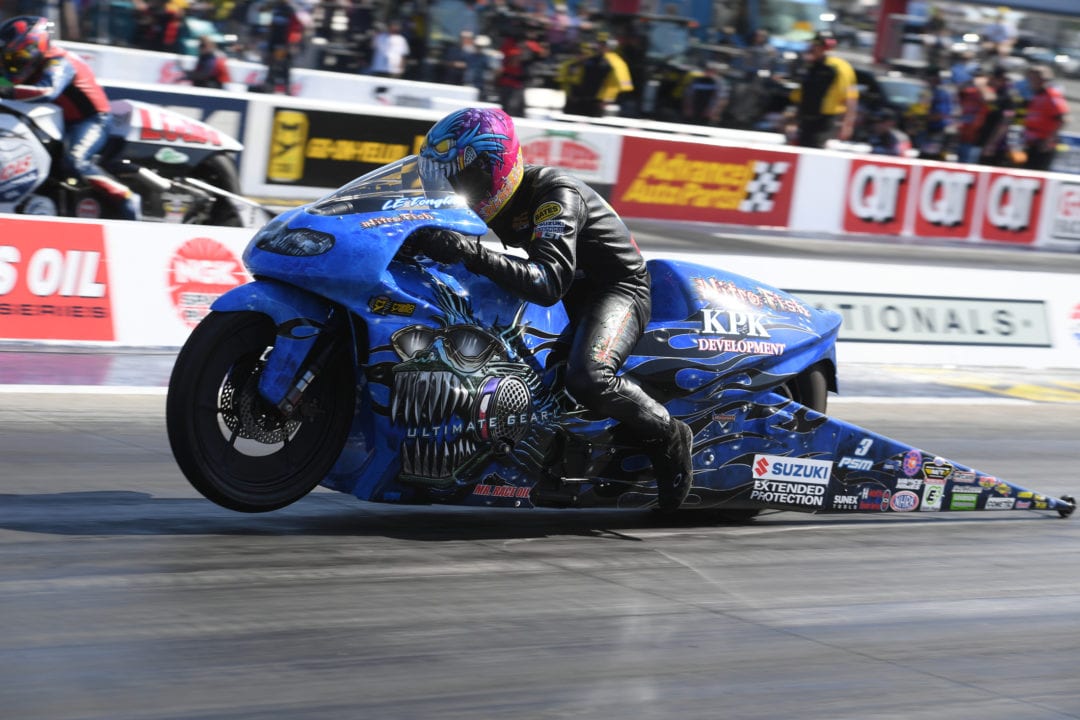 A good, old-fashioned two-wheeled drag race shootout is on again this year.

The Pro Bike Battle will be part of the 2018 Toyota NHRA Sonoma Nationals set for July 27-29.

Contested as a special race-within-a-race, riders earn points throughout the season based on finishing positions at Pro Stock Motorcycle national events. The eight riders accumulating the highest number of qualifying points earn a berth in the 2018 NHRA Pro Bike Battle.

“The Pro Bike Battle features some of the best matchups Pro-Stock motorcycle racing has to offer, and Mickey Thompson is thrilled to bring all the action to NHRA fans again in 2018,” said Ken Warner, Vice President of Marketing for Mickey Thompson Tires & Wheels.

“The Mickey Thompson Tires Pro Bike Battle is one of the most anticipated specialty events of the season,” said Brad Gerber, NHRA Vice President and Chief Development Officer. “The racers in the Pro Stock Motorcycle category appreciate the support of Mickey Thompson Tires and its contribution to the sport.”

For current standings leading up to the Pro Bike Battle, go to: https://www.nhra.com/standings/2018/nhra-mello-yello-drag-racing-series/mickey-thompson-tires-pro-bike-battle