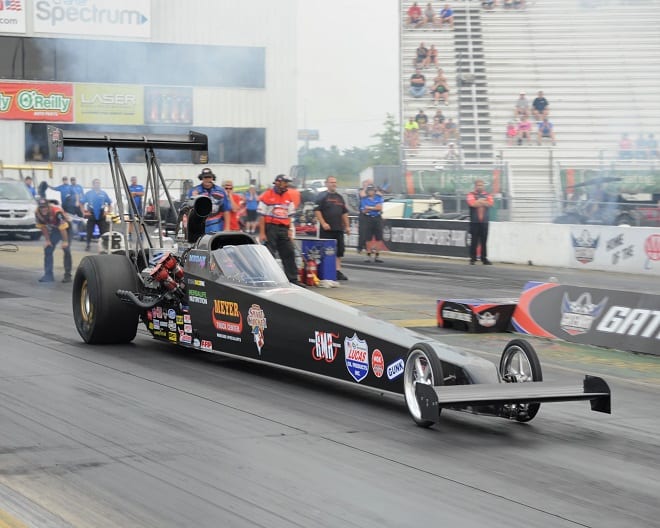 DragIllustrated.com driver blogger Megan Meyer grew up watching her father, Randy, drive and tune some of the quickest and most successful A/Fuel dragsters in the NHRA’s Top Alcohol Dragster class. Now, after two years of training and a promising regional event debut earlier this year, the NHRA Central Region Rookie of the Year nominee will join her father as a teammate and driver for a full national campaign in 2016. 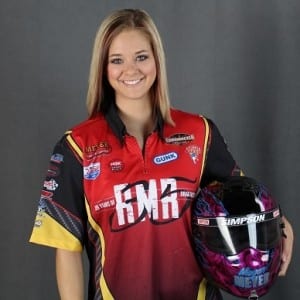 “Entering the Lucas Oil national points series is such a dream come true for me. I’ve been looking forward to this my entire life and now that it’s almost here, it seems surreal. After watching my dad take home a national points championship back in 2003 with Alan Bradshaw driving, and getting a first-hand look at what it takes to become a national points leader, I have complete faith our team will be a front-runner in 2016. My dad has instilled the skills of dedication, determination, sacrifice, and hard work in my upbringing, and I believe having him as crew chief of our amazing crew, consisting of my mother and little sister, is going to be the best combination in 2016,” Meyer said assuredly.

“I am determined to end up number one or two in the Central Region points series, and would like to win my very first NHRA national event. Also, I cannot wait for the chance to finally race my dad – hopefully in a final round! I still plan on bracket racing my Super Comp dragster next year at a few local E.T. Races with my sister to stay sharp between NHRA races. Finally, I will be launching my own freelance design business offering my services to other race teams,” added Meyer, a graphic design student.

Though Meyer and her father are still in the process of finalizing sponsorships for the 2016 season, Megan has already partnered up with Racers Evolved, a new apparel company that will focus on the needs of racers in all types of motorsports.

“I am excited to partner with Racers Evolved because it’s created by racers, for racers. As a female racer, I think there is a big demand for certain ladies textiles that aren’t available for drag racing, because it’s a male dominant sport. With Racers Evolved, we will have all sorts of clothing options that are handpicked by me and available to anyone in 2016 to provide the female racers with proper form-fitted garments,” said Meyer.

“Racers Evolved is eager to have partnered with Megan Meyer for the 2016 season and her debut as a full-time A/Fuel dragster pilot. It is not often you get a first-year start-up company to partner with such potential with high hopes, dreams and determination. We are excited to bring our fellow racers apparel that appeals to their lifestyle and can’t wait to see Megan sporting it in the winner’s circle on her quest for a championship,” added Racers Evolved founder Shannon Nicoletti.