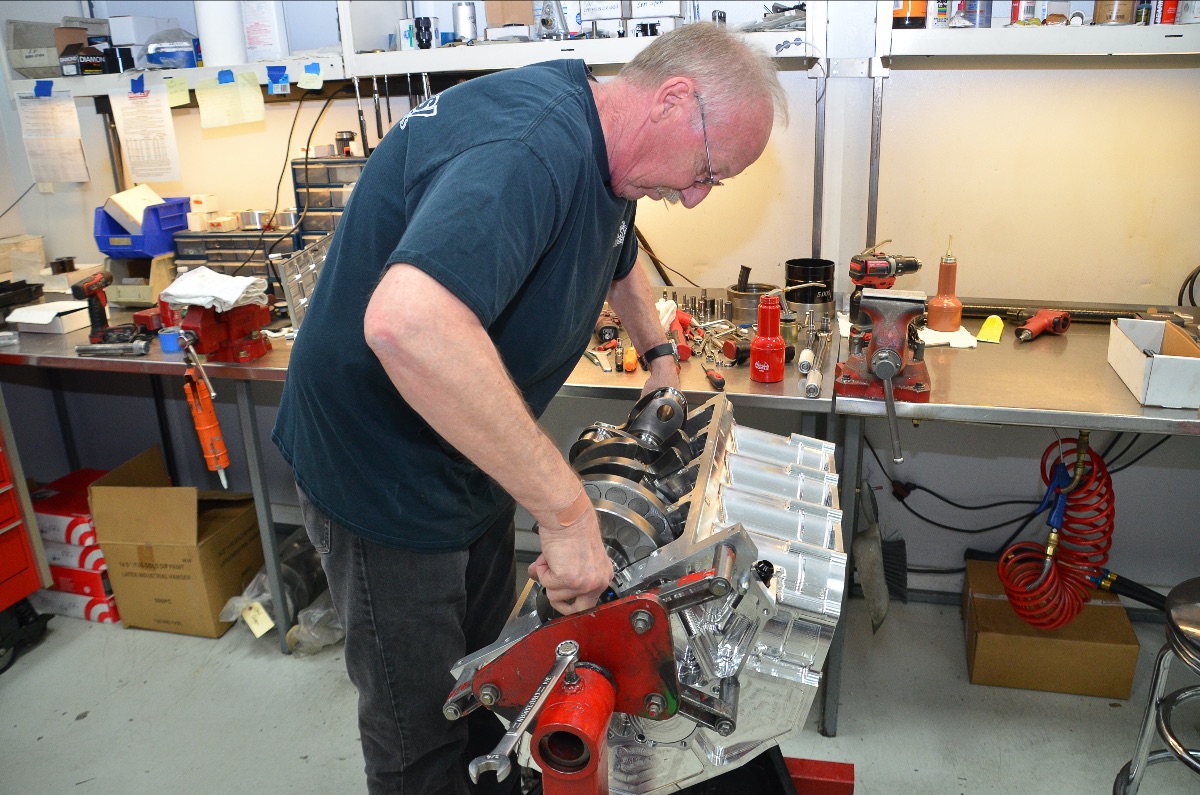 It takes a group of talented individuals to make a company as diverse as Pat Musi Racing Engines thrive, and that’s exactly what the company has at its disposal in the state-of-the-art Mooresville, NC facility.

A wealth of talent, knowledge and experience in each area of the engine building process has made Pat Musi Racing Engines a powerhouse, allowing them to not only build a variety of drag racing and high-performance engines, but also to repair, rebuild and tune almost any engine, no matter the category.

Of course, none of that is possible without a standout team which Pat Musi has developed over the years, working with a group he considers second to none.

“The group we have is just awesome. We have an almost unbelievable amount of talent under this roof,” said Ralph Musi, Pat’s younger brother who helps manage day-to-day operations. “We’ve seen it all and we’re capable of doing whatever the

customer needs. They learn from each other, and I feel like there’s nothing we can’t accomplish here.”

The group includes Robert Hallberg, who has worked with Musi for 40 years, Richie Gottfried, Joel Dubose, Paul Hoskins and Jim Taylor, with each offer a distinct level of expertise in a particular area.

Combined, it allows Pat Musi Racing Engines to cater to every racer, whether they’re an enthusiast, or sportsman racer, or a professional in the Pro Mod ranks, offering the Edelbrock/Musi 555 crate engine to behemoths like the 959 cubic-inch nitrous engines and everything in between.

“Someone who is running a bracket motor, we can help them, and we’re still doing our big engines,” Ralph Musi said. “We make some really cool stuff and we refuse to cut corners. It has to meet our standards before it meets the customer’s standards. There’s no ‘just good enough.’ Pat will scrap something before we give a customer something that’s ‘just good enough.’ We’ve seen it all and we’re capable of doing whatever they need in drag racing.”

Ralph Musi brings extensive knowledge when it comes to sportsman racing engines and components, bringing four decades of knowledge in that category.

Hallberg is regarded as one of the most experienced assemblers in the industry, assembling every 959 cubic-inch engine that Musi produces. It’s a talent level that Ralph Musi has marveled at over the years.

“When he assembles a 959, it’s like watching someone put together a Rolex,” Ralph Musi said. 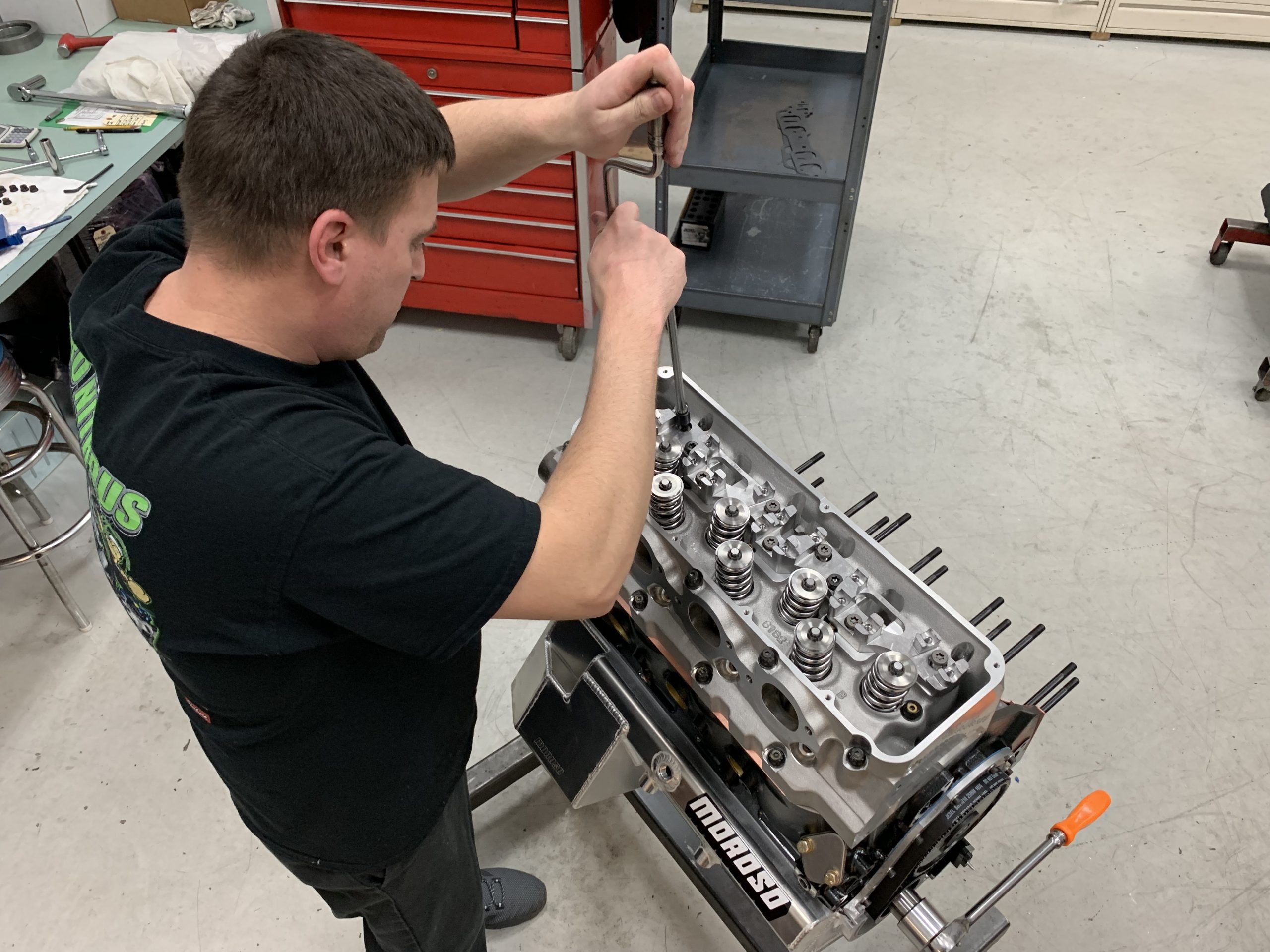 Gottfried cut his teeth on the machining side of the business and he handles the assembly on every high-end sportsman engine, picking up on important details taught to him by both Musi brothers.

“He just does a wonderful job,” Ralph Musi said. “He picks up things from Pat like a magnet, and it’s just incredible the way he understands Pat. He’s just a born machinist.”

“This guy (Hoskins) is just a power finder and it just adds to the wealth of our expertise,” Ralph Musi said. “If you’re a naturally aspirated racer looking to make more power, Paul is your man. He’s done some incredible things.” 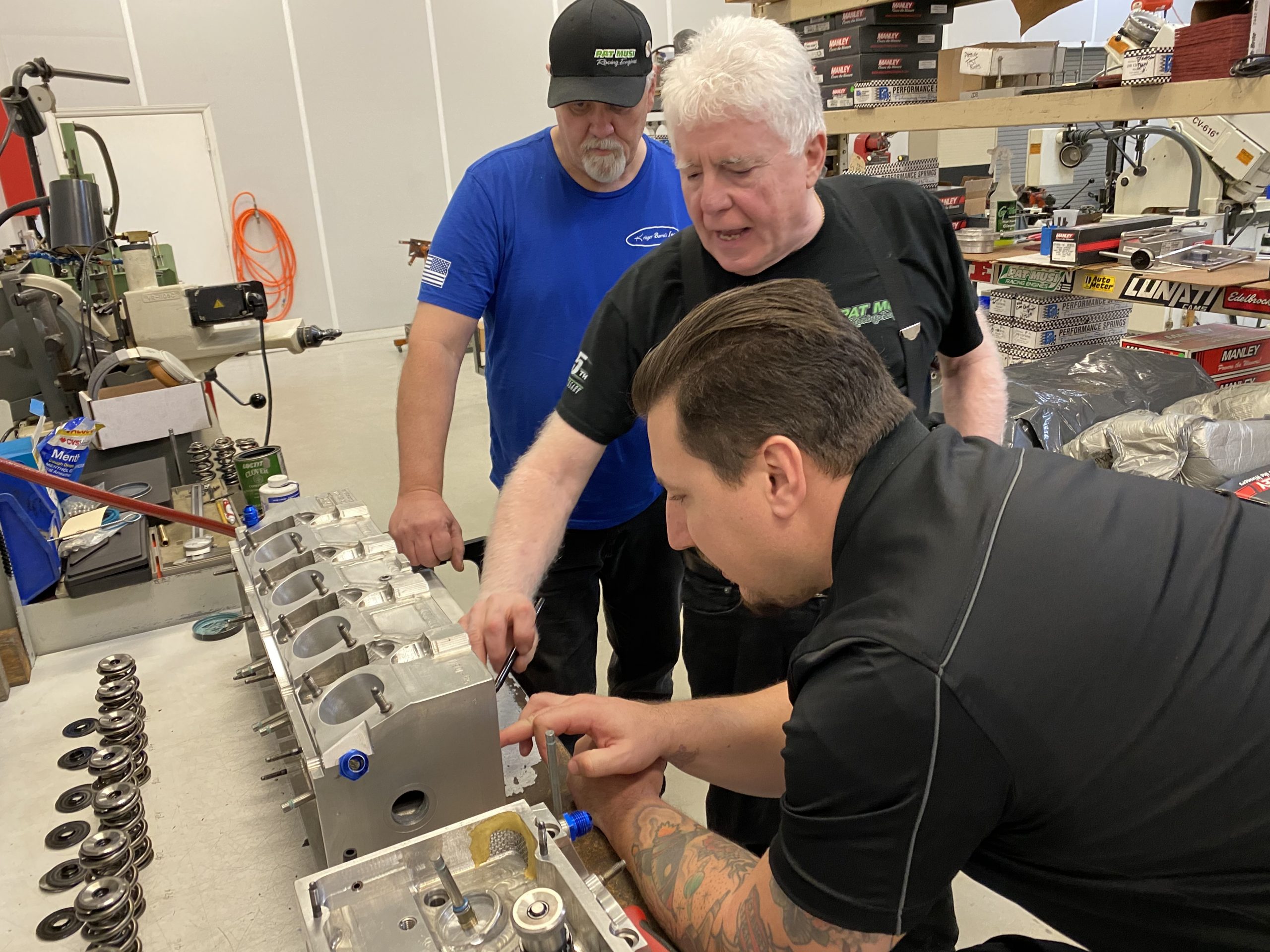 “He’s been at this 50-some years and he’s just unbelievable,” Ralph said. “We had cylinder heads in here that were blown up and there seemed to be no way of fixing them, and you wouldn’t believe what he was able to do. He’s been a wonderful addition.”

Taylor adds yet another talent to the team, bringing unparalleled welding skills to the table, so much so that race teams outside of drag racing request his expertise.

“NASCAR teams have their own in-house welders, but when they need something special, they come to Jim Taylor,” Ralph said. “He’s just awesome.”

Combined, it’s a team that delivers in a multitude of areas, giving Pat Musi Racing Engines another distinct advantage. Along with using only high-quality products, the team is eager to share new technology with customers, making massive advancements that every racer can enjoy, no matter their budget.

“It’s incredible the amount of talent we have at our disposal,” Ralph said. “I can’t believe some of the stuff they’ve done, and every time we learn something, all of our customers benefit.”