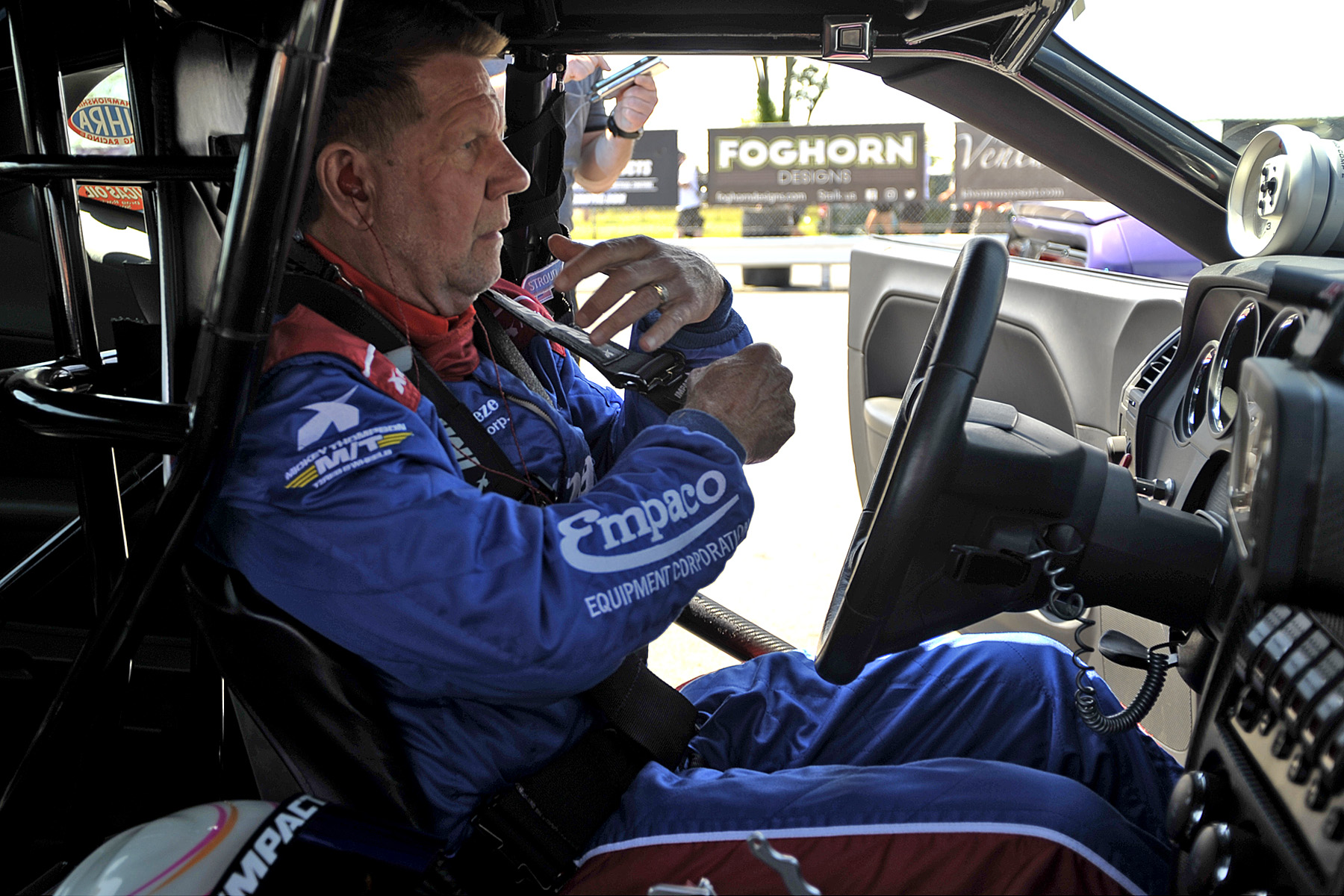 Mark “The Cowboy” Pawuk is a widely-recognized name in the drag racing world, mostly known from his Pro Stock racing career in the early 2000s. But last year he returned to the racetrack after taking more than a decade off from driving duties. This time it wasn’t wheeling a Pro Stocker, but trying his hand at a new class: SAMTech.edu’s Factory Stock Showdown.

If you’re not familiar with this class, it’s comprised of Chevrolet COPO Camaros, Dodge Challenger Drag Paks, and Cobra Jet Mustangs that run low 8-second ETs in a quarter mile. Each car is factory-built for the racetrack. 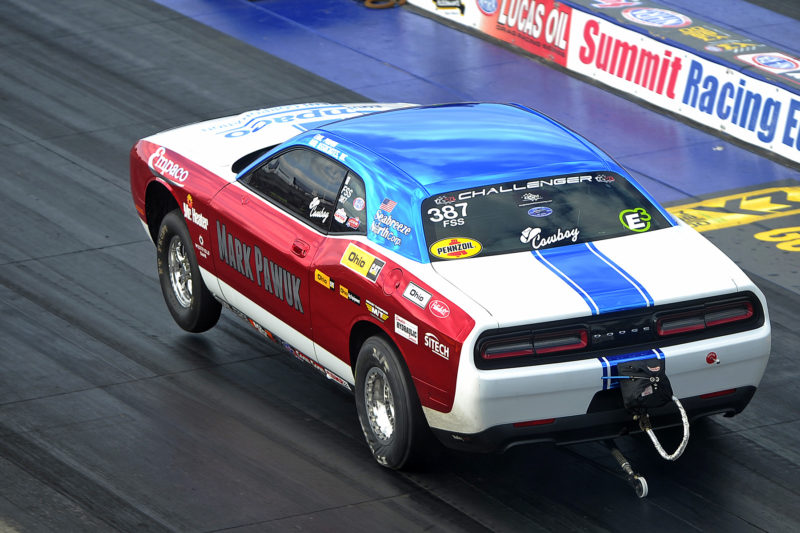 Pawuk and his 2016 Dodge Challenger Drag Pak didn’t have the season they wanted in 2018, winning just seven rounds, including one in St. Louis, and making it to the finals at Norwalk and Indy. Pawuk’s DSR teammate, Leah Pritchett, went on to win the championship. But he says that his team has worked unbelievably hard to figure out the car and the class, and he thinks they finally have the beast tamed.

“We haven’t won a round of racing this year. I have only qualified for two of the five races. It’s been a real struggle for us, but our team has worked hard and I think we’re finally starting to get it figured out,” says Pawuk. He’s currently qualified in the No. 1 spot after running a 7.86 during the second qualifying session of Factory Stock.

While Pawuk says they undoubtedly had the fastest cars last season, a rule change during the offseason impacted them as they headed into 2019.

“Over the winter, the Ford and Chevy cars got a new blower, but Dodge didn’t get anything, and it put us at a real deficit. Our team has worked hard to get our Dodge Challenger set up to run better, and we finally figured it out. And what a great place to do it,” says Pawuk.

Pawuk had a lot of great moments running Pro Stock, including six wins, but he says right now his favorite class has to be Factory Stock, and that it reminds him of Pro Stock from the 1970s.

“Factory Stock is a lot of fun right now. We do wheelstands and the fans love that. They can relate to the race cars. My Challenger looks like one you’d see on the showroom floor, and that appeals to fans,” Pawuk said.

As for the future of the class, he says there’s a lot of potential, but NHRA has to keep the class under control.

“My biggest concern is keeping the class and the costs under control,” Pawuk says. “There are some pretty good racers who said they will not compete next year because the cost has already spiraled out of control. We break a lot of parts because we’re pushing this engine so hard to move all this weight. Personally, I think this is the class for the future, but the costs have to be kept under control and what you’re allowed to do to these cars has to be limited. If that happens, I think you’ll see a viable class for many years to come. But if the costs keep escalating, you’ll see a lot of people go away.”

Pawuk is currently qualified No. 1 in Indianapolis and has the bye going into round one, which is scheduled for Sunday evening.