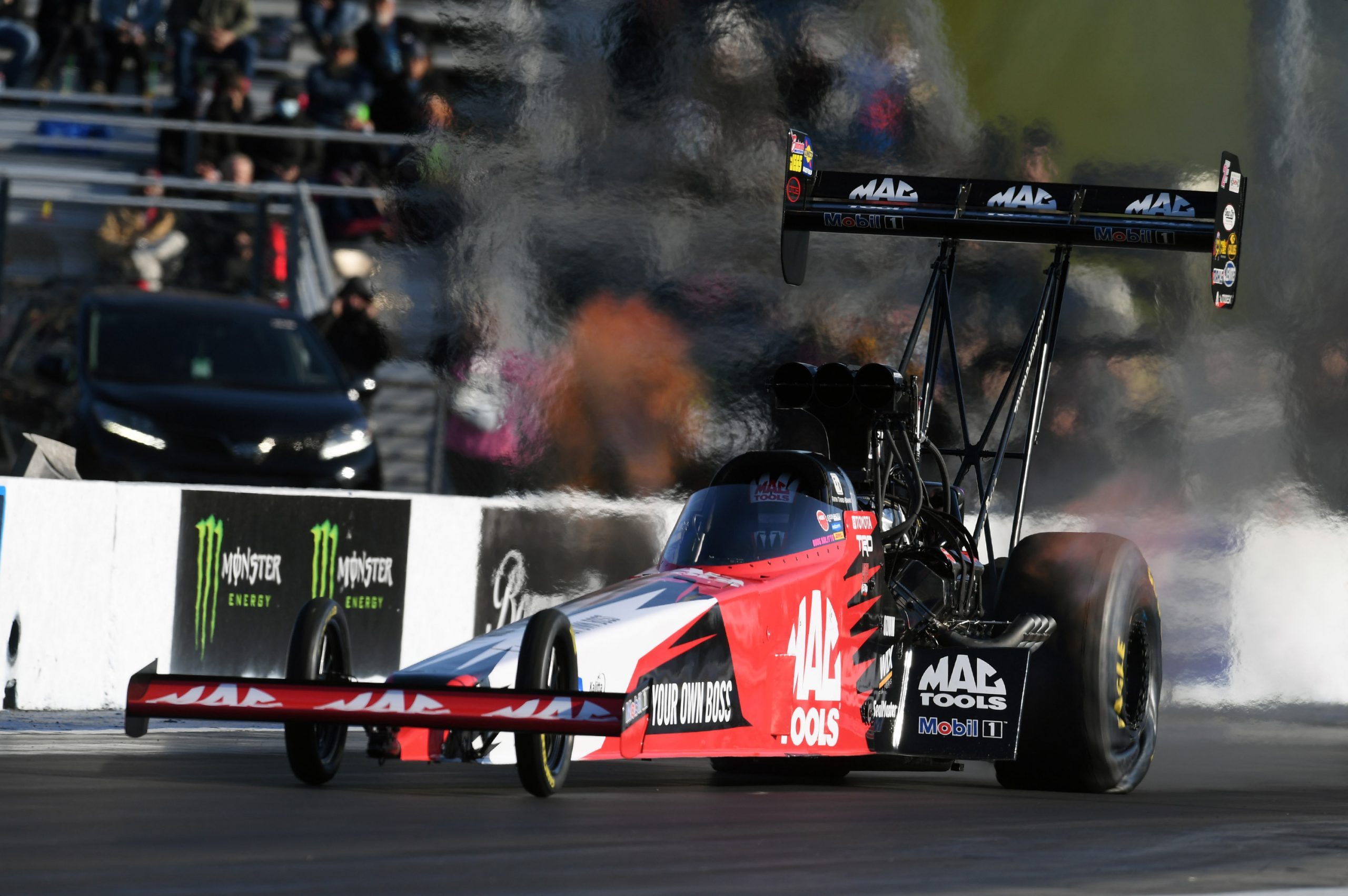 Kalitta Motorsports and Mac Tools announced today that one of the longest running and most successful sponsorship relationships will continue into its 20th NHRA season through a multiyear extension agreement. Doug Kalitta, one of the winningest Top Fuel racers in NHRA history, will continue to race the familiar red and white 300 mph Mac Tools Top Fuel dragster throughout the 2021 NHRA Camping World Drag Racing Series season.

Kalitta, along with the rest of the Kalitta Motorsports team, will continue their commitment to building the Mac Tools brand, raising product awareness with fans and technicians while engaging with Mac Tools’ distributors across the country.

“I can’t thank Mac Tools enough for all the support they have provided me and Kalitta Motorsports,” said Doug Kalitta. “They stuck with us through some tough times and we always tried to deliver our best for them. When I see my Mac Tools Top Fuel dragster in the pits or the staging lanes, I know I am representing the best in the business. Every round win and race win gives me a lot of pride because I know there are over a thousand distributors pulling for me every weekend. We want to show how Mac Tools gives us an advantage at the track and in the pits.”

Throughout the 2021 NHRA Camping World Drag Racing Series season Kalitta Motorsports will highlight their Top 20 Mac Tools Moments. Additionally, the team designed a commemorative logo which will be featured throughout the season.

Since 2001, Doug Kalitta has represented Mac Tools at NHRA national events across the country, winning 44 NHRA national events along with 45 runner-up finishes. He has driven the Mac Tools dragster to 47 No. 1 qualifiers and 630 round wins. Since the first year Kalitta partnered with Mac Tools he has finished in the Top Ten every season and has eight Top Three finishes over the past 19 seasons.

“Our sponsorship program with Kalitta Motorsports, which began in 2001, helps prove Mac Tools is tested both in the garage and on the track,” added Mike Brubaker, Director of Channel Management for Mac Tools. “With the Kalitta Motorsports partnership, we have Doug’s talent in the seat, a strong crew in the pits, and great tools and technology in the shop.”

In addition to six world championship Top Fuel runner-up finishes, Kalitta collected the biggest win of his career, the 2019 NHRA U.S. Nationals victory in Indianapolis, racing the Mac Tools Top Fuel dragster. He has also collected four Winternationals titles including an active record setting streak of three wins in a row (2018, 2019 and 2020) and two wins at the historic NHRA Auto Club Finals to end the season.