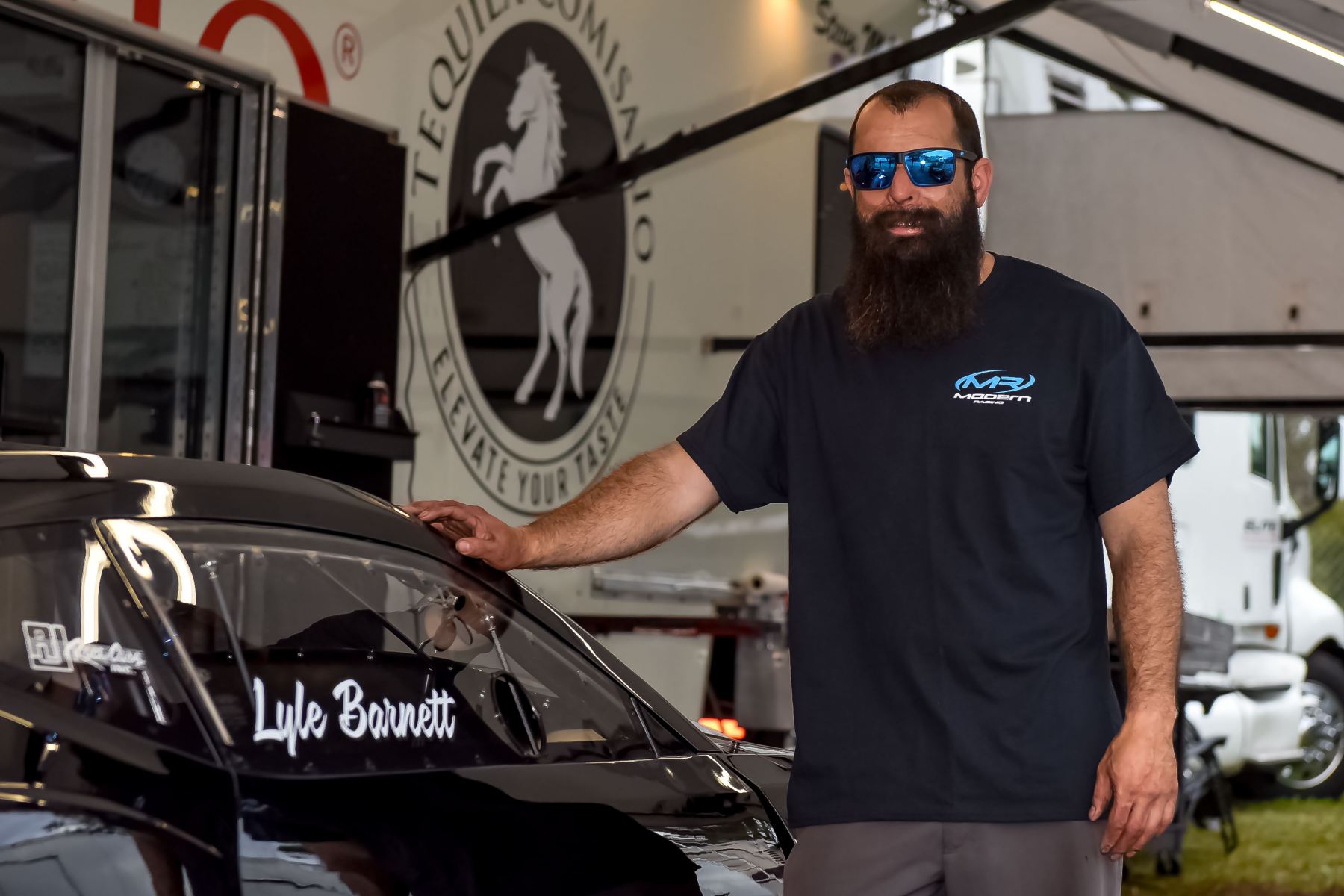 Drag radial hero Lyle Barnett will be one of several rookies in Pro Mod and Pro Stock making their debut at the second annual CTech Manufacturing World Doorslammer Nationals presented by JEGS, March 5-7 at Orlando Speed World Dragway. Barnett will pilot the Mac-Fab Performance Beadlocks ‘17 Camaro in Pro Mod, which pays $50,000 to the winner.

“This is something I never thought I’d get to experience,” Barnett said. “It’s something I’ve dreamed of since I was little. Obviously the World Doorslammer Nationals is a newer race, but I’ve always dreamed of pulling into the water box at an NHRA national event. To me, the World Doorslammer Nationals is no different, if not a bigger race for us because we are the show. We are the headliners along with Pro Stock and we are what people are coming to watch.”

Barnett partnered with Elite Motorsports and Modern Racing in late 2020 to mount a full NHRA Pro Mod campaign in 2021. He’s also signed on as an employee at Modern Racing, where he’s immersed himself in the multi-service race shop’s daily operations.

The fan-favorite small-tire racing star has just a handful of quarter-mile runs under his belt in the ProCharger-boosted Camaro, but those few runs show a ton of potential.

“We went to Bradenton in early December and tested for two straight days,” Barnett said. “In total I made three full, under-power, quarter-mile runs, then several just past a thousand feet. I made six passes total in the 5-second range, two of those being in the mid-5.60s, which is pretty stout for a ‘legal’ car.”

Testing continued at the U.S. Street Nationals at Bradenton in late January. Barnett made a string of solid eighth-mile passes in legal trim. He’ll continue to familiarize himself with the Justin Elkes-tuned hot rod during pre-race testing ahead of the World Doorslammer Nationals, where he’ll focus on getting adjusted to manually shifting.

“I feel comfortable in the seat as far as driving it is concerned,” Barnett said. “I’ve learned my limits, I guess you could say, as far as how far you can drive these things and what to look for. Myself along with a lot of the other drivers, [manually shifting] is something we’ll have to get used to.”

Barnett believes he and teammate Alex Laughlin will quickly adapt to the new manual shifting rule, as both drivers regularly drive a variety of race cars with different power adders and driving styles.

“Being able to adapt to the rule change and shift the cars on our own and do that at the right time and give the crew chiefs something to work with is important,” Barnett said. “I think that early on you’re going to see Alex do really well with that just because he drives a Pro Stock car and they shift those things anyway. He’s used to driving one-handed. That’s what you’re gonna have to do with these things – drive the majority of the run with one hand. I’m not sure how many drivers do that right now.

“I usually drive the first 200-300 feet of the run with two hands, then I go to the ‘chute handle,” Barnett continued. “But now we’re going to let go of the button and by the time you pass the 60-foot cone you need to be getting ready to shift that thing. That’s going to be different.”

The World Doorslammer Nationals is a big stage for a Pro Mod debut, but the challenge of competing at a high level against some of the best teams in the category for $50,000 is a thrill for Barnett.

“It’s very important for me to go out there and look like I know what I’m doing,” Barnett said. “At the dragstrip, you don’t want to be noticed for driving like an asshat. You want to fit in. When you want to be noticed is when you hoist the trophy and that big-ass stack of cash at the end of the World Doorslammer Nationals on Sunday. But the biggest thing for me is that I get to go out there and be a part of history. It’s something I’m just grateful for.”

Barnett is especially excited about mixing it up with the stars of Pro Mod, like two-time and defending NHRA Pro Mod world champion Stevie “Fast” Jackson, who tuned Barnett’s cars when he was starting out in radial racing.

“It’s a dream come true,” Barnett says of the opportunity. “Sometimes I wake up and wonder if it’s still real, then I get to show up to work here at Modern every day and see my name on the door of that Pro Mod. It’s just a cool deal.”

It’s milestone moment for Barnett, who survived a horrifying fire while competing at Lights Out 6 nearly six years ago. He went through a rigorous recovery process and returned to racing less than two years later.

“I’m very blessed,” Barnett said. “God has kept me around for a reason and I think we’re fulfilling part of that purpose now. Running Pro Mod is something my dad and I have always wanted to do. To be given the opportunity is something I’m truly grateful for. I thank Richard Freeman and everyone at Elite and Justin Elkes and everybody at Modern Racing for choosing me.”

Barnett will race with support from Mac-Fab Performance Beadlocks, a beadlock manufacturer and supporter of Barnett since his earliest days in racing. Mac-Fab will serve as Barnett’s primary sponsor at the World Doorslammer Nationals and the NHRA Gatornationals before moving to an associate sponsor role for the rest of the year.

“Tommy Kirk, who was a huge part of the early parts of my career and owns Mac Fab Beadlocks, is coming on as our primary sponsor for the first two races of the year,” said Barnett, who is actively seeking sponsorship to ride along with Mac-Fab for the rest of the season. “I really want to give him a huge thanks because he gave me some big opportunities early on in my career to drive some really fast race cars that he owned and stepped out of the driver’s seat. I really appreciate him coming on board and helping us out to get started.”

Barnett also expresses gratitude to the many fans who’ve supported him through the stages of his career, from his crash and comeback to his recent success and popularity on shows like Horsepower Wars and Netflix’s Fastest Car.

“The racing community banded together and supported me throughout my recovery,” Barnett said. “I carry all of you with me today. I think we’re going to do big things this year and I’m just excited that I get to bring everyone along with me.”