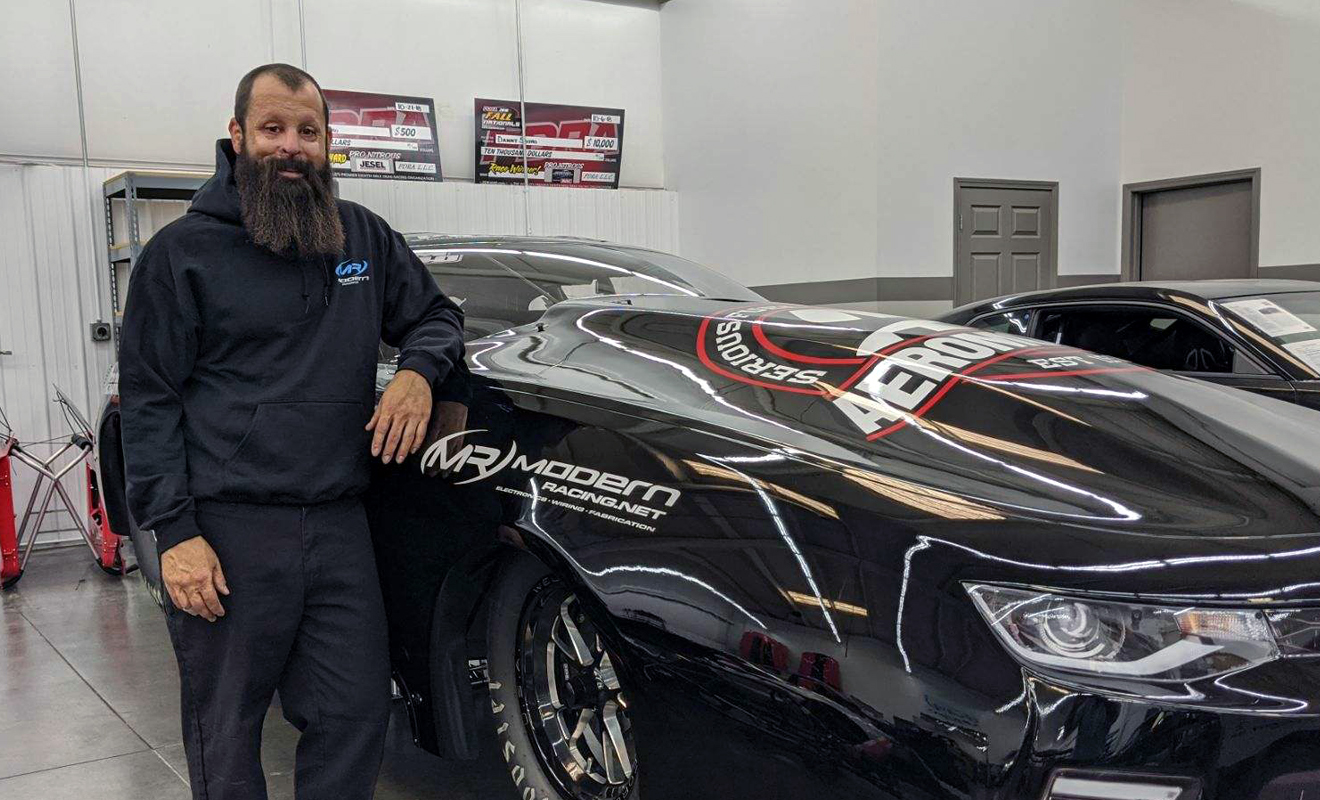 The highly-competitive and ever-growing E3 Spark Plugs NHRA Pro Mod Drag Racing Series will add another fan-favorite driver to its ranks in 2021.

The news comes just one week ahead of Barnett’s first scheduled test session behind the wheel of the team’s ProCharger-equipped, Rick Jones-built late model Chevy Camaro.

“It’s almost unbelievable how quickly and how smoothly this deal has come together,” said Barnett. “I stopped by Modern Racing and had a casual conversation with Justin Elkes and the next thing I know we’re flying to Dallas, meeting with Richard [Freeman] and company to discuss the details and a couple weeks later we’re planning a test session and getting organized to make a full pull in the NHRA next year.”

Barnett, who’s racing career was advancing rapidly before a fiery, high-speed accident in outlaw drag radial competition in late 2015 put his racing plans on hold and his life in jeopardy, looks to take full advantage of the opportunity to compete on drag racing’s biggest stage and put the platform to work.

“My dad stood over me in that hospital bed and told me there was a reason I was still here; that there was a purpose,” said Barnett, who spent two months in an intensive care unit recovering from the burns sustained in what many believe was the worst doorslammer fire the sport has ever seen.

“I honestly thought I was going to die,” he continued. “But from that day forward, I decided I was going to put my head down and do whatever it took to not only survive, but get back to racing, and put my story to work. To maybe, hopefully, inspire someone else who’s struggling to not give up, and to encourage my fellow racers to think safety-first because I’m living proof that you never know what might happen out there between those walls.”

The DRAG ILLUSTRATED 30 Under 30 alumni has wasted little time since his return to racing a little over a year after his accident, stacking up record-setting performances in the small-tire ranks, scoring back-to-back victories in the team challenge racing reality show Horsepower Wars amidst a slew of marquee event wins. While his desire to compete at a high-level remains unchanged, his focus for the immediate future will be getting acclimated to a big-tire race car – one capable of 5.6-second, near 260mph passes down the quarter-mile.

“Our immediate plans are to test, test, test,” said Barnett. “We’re expecting engines to arrive at Modern Racing from Elite Performance in the next few days, then Justin [Elkes] and his team will have the car together and we’re headed to the track. Justin has been incredibly accommodating throughout this whole deal, and he wants us to focus entirely on me getting comfortable in the car – from the staging lanes to the water box to the starting line to the shutdown area and everywhere in between. The plan is to make 40-50 laps before the start of next season, so that when we show up to race – we’re prepared to win.”

Barnett, though, admits he’s never been one to “count his chickens before they’re hatched.”

“In a lot of ways, I’m still digesting all this,” he admitted. “I don’t know that I can adequately express how excited my dad and I are about this. This is a dream for him just as much as it is me. I’m excited for us. To compete at this level, I mean, going back 15-years ago, running 7.0 index, this was always the dream – this was always the goal, to race on a national, professional stage. Did I ever think it was going to happen? You want to, but I guess I just knew it was a long shot. I didn’t know. But somehow, someway – here we are.”

Barnett continued, “I feel like there’s two ways we can go into this, and I’m choosing to come in and be humble, embrace this opportunity to be surrounded by a world championship team and learn as much as I can.

“I want to use this opportunity to share my story and make all the people that have supported me along the way proud. I can’t thank all of them enough. Jason Digby, Mag Gough and everyone that has helped me. And my dad, who without him none of this would be possible. There is nothing that means more to me than him pounding on the hood right before I turn the top bulb on. He’s always been there, and I can’t thank him enough. Of course, Richard Freeman and Justin Elkes. They’ve been incredible, and I’m very grateful for this opportunity.”