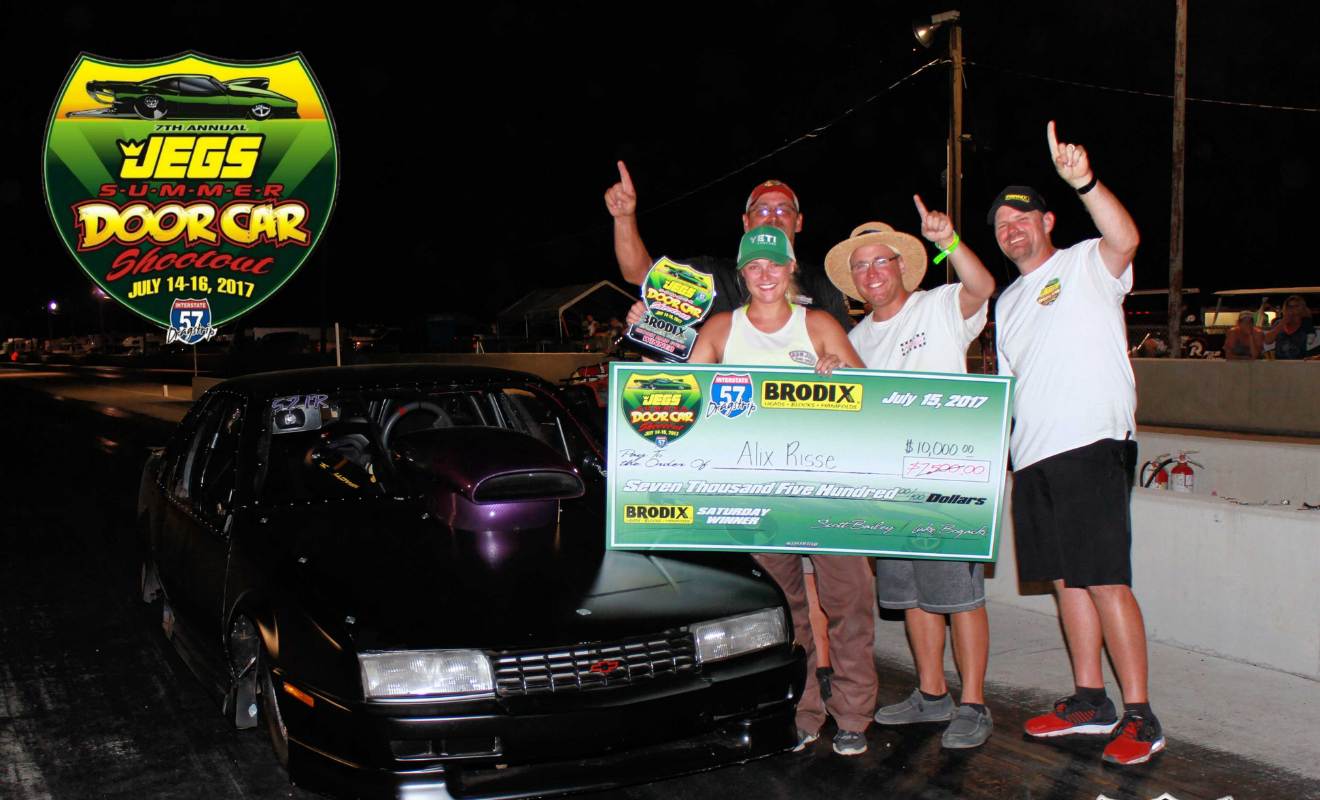 Want the best of DRAG ILLUSTRATED news and insider info straight to your inbox? Sign up here.

The “Biggest Little Door Car Race in the Midwest” is set to return to I-57 Drag Strip after a one-year hiatus. The popular event is slated for September 17th through 19th at the Benton, Illinois racing facility.

Event promoters Luke Bogacki and new I-57 Drag Strip owner Donnie Ellis have made a few notable tweaks to the traditional JEGS Summer Door Car Shootout format, including a $10,000 winner’s purse on each of its three days – the largest purse in the events history – to commemorate the 10th running of the event.

“I’m extremely excited to work with Donnie Ellis, the new owner of I-57 Dragstrip and a longtime friend, to bring the JEGS Summer Door Car Shootout back to I-57 Dragstrip,” said Bogacki. “We had a number of opportunities to relocate the event last season, but it just didn’t feel right. This event is synonymous with the I-57 facility; it belongs here! I’m anxious for our racers to see all of the improvements that Donnie and his team have already made to my favorite place to race.”

Also new for 2021 is that there will be no pre-entry process. I-57 Drag Strip will welcome all entrants to enter and pay at the track upon arrival. The JEGS Summer Door Car Shootout staff continues to finalize details as to additional manufacturer involvement, which is something longtime supporters of the event have come to expect. This year’s running of the Shootout promises to have the most lucrative speciality and “door” prizes in the history of the event.

“JEGS has spearheaded this event since day one: they’ve been the title sponsor for ten consecutive years,” explained Bogacki. “JEGS is a company that’s obviously rooted in sportsman drag racing, and they continue to invest in our sport at every level year after year, and the JEGS Summer Door Car Shootout is one of many examples of their commitment.

“Like JEGS, the vast majority of our event supporters have been key contributors to the JEGS Summer Door Car Shootout for a long time. We’re honored to have such an amazing core of manufacturers who see value in this event. As always, I’d like to encourage our racers to support these fine companies. When it’s time to make purchases within your racing operation, support the businesses that support you!”