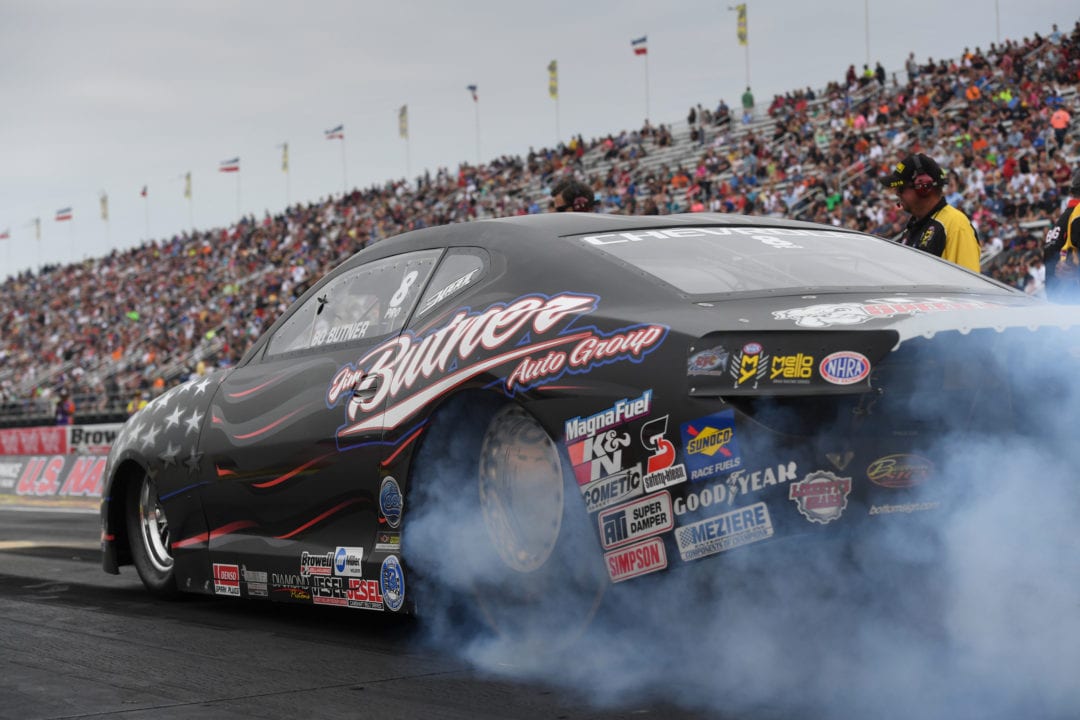 With 2020 racing action on the horizon, NHRA has announced Lucas Oil as the title rights sponsor of the July 18-19 event at the famed Lucas Oil Raceway in Indianapolis.

The Lucas Oil NHRA Summernationals at Indianapolis will be the second of back-to-back events in Indy for the stars of the NHRA Mello Yello Drag Racing Series. Racing action will include thrills from the ever popular Top Fuel and Funny Car divisions as well as the 2020 season debuts of the E3 Spark Plugs NHRA Pro Mod Series presented by J&A Service and the SAMTech.edu NHRA Factory Stock Showdown and the resumption of the Mickey Thompson Tires Top Fuel Harley Series that competed at the season’s first two events.

“Lucas Oil has been a longtime supporter of the NHRA and we are excited to get back to racing at Lucas Oil Raceway with Lucas Oil as the title sponsor of our second of two back-to-back races as we restart our 2020 season,” said Brad Gerber vice president and chief development officer.

“We are pleased to add another exciting NHRA event to our lineup of title sponsorships in the NHRA Mello Yello Drag Racing Series,” said Morgan Lucas, president of Lucas Oil. “We are thrilled to bring the Lucas Oil NHRA Summernationals to Lucas Oil Raceway in Indianapolis.”

Coverage of the Lucas Oil NHRA Summernationals at Indianapolis can be found on the NHRA on FOX family of channels with qualifying Saturday at 7:00 p.m. on FS1 with Sunday’s final eliminations at noon on FOX.

A limited number of tickets have been offered to NHRA members and to ticket holders for the Denso Spark Plugs NHRA U.S. Nationals. If you are in either of these groups and are interested in attending but have not received an email offer, please call 800-884-NHRA.