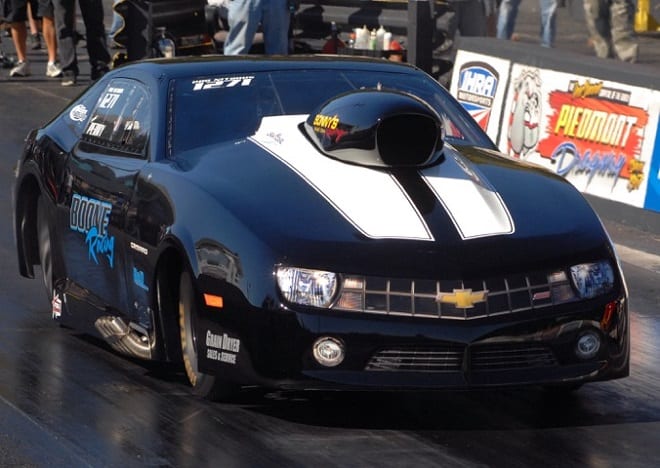 Seems only yesterday that we were discussing the new format for the Lucas Oil Pro Mod Shootout and now it is time to see if the new rules package for competitors will bring out the cars. With E3 Spark Plugs as presenter and a complete new rules package, opening the door for all three types of Pro Mods, the 2015 edition stands to attract a huge field of cars that will be highlighted by the top four points earners from Piedmont Dragway’s always-competitive Big Dog Shootout and the top four points earners from the highly competitive Extreme Outlaw Pro Mod series. There are eight cars with a definite shot at the $15,000 winners’ prize. 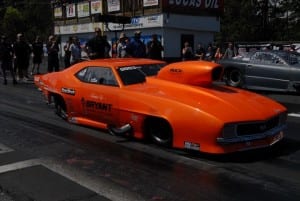 The field will include, from the Big Dog Shootout, Travis Harvey, as the top seed in the Boone Motorsports Camaro with power from Sonny Leonard. Second is the “Christine” ’57 Plymouth of Chris Cline. Third is the veteran, Tommy Mauney, and fourth is young Zach Hauser’s Pontiac. From the Extreme Outlaw Pro Mod series will be top seed, Jay Cox in the Cox family ’69 Camaro, sponsored by Bryant’s Crane Service with power by Charlie Buck. Second will be last year’s winner, Chris Rini, in the ATI-sponsored, Charlie Buck-powered ’69 Camaro. Third will be second-generation driver, Ty Tutterow, in his GALOT Motorsports ’69 Camaro with tuning by multi-event winning Dad, Todd. In fourth will be former Big Dog and EOPM champ, Todd Howard. The Jerry Williams-owned Ford will be in the field because the fourth place qualifier, Tommy Franklin, made the decision to save his equipment for the following week’s PDRA event, where he is in a tight battle with “Trickie” Rickie Smith.

As stated, the rules package follows the Big Dog/EOPM rule book that allows all three power adders but NO screw blowers. The other eight cars in the field will be filled in qualifying and should make for one of the most highly competitive events to ever be sponsored by LUCAS. Other eliminators running will include: Super Clean “Renegade” OReilly Outlaw DoorSlammers, Mickey Thompson 6.00 Raiders, and Deep Creek Motors 7.49 Real Street. Also competing will be the Extreme Outlaw Junior Dragsters. With time runs starting at 10 AM and first round qualifying at 11 AM, be sure to be there early for a full day of the best in Pro Mod competition brought to you by Piedmont Dragway and LUCAS OIL.