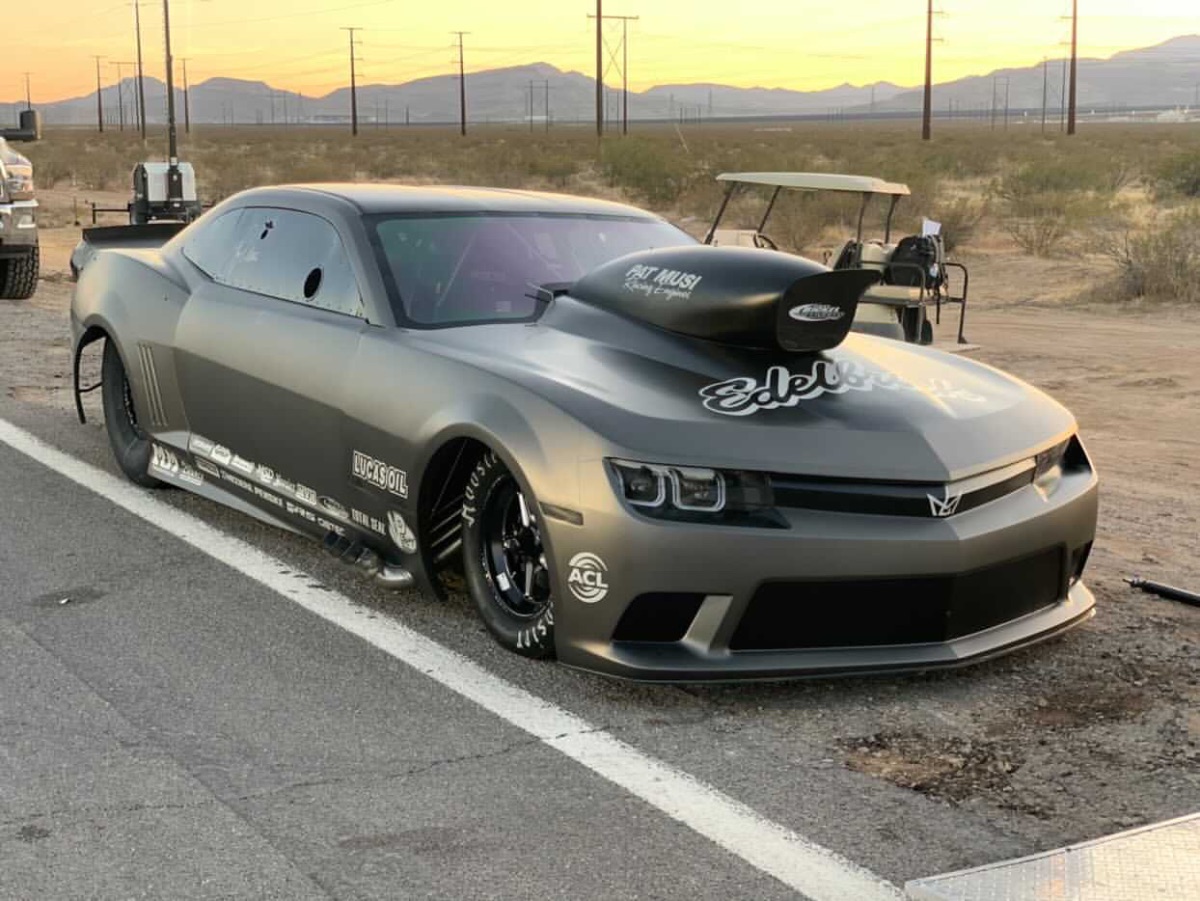 The highly-anticipated 2021 Street Outlaws: No Prep Kings season begins this weekend and Lizzy Musi, the first female driver to ever win in the popular series that is broadcast on Discovery, is ready.

The Musi Racing team heads to National Trail Raceway, just outside of Columbus, Ohio, to kick off the year, with Lizzy Musi behind the wheel of the Edelbrock-equipped “Aftershock” Camaro, with additional backing from Lucas Oil, Newell INX, ACL RACE Series Bearings, and many more. After the 2020 season was cancelled due to the COVID-19 pandemic, the team is eager to build on the success they enjoyed during Lizzy’s debut season in 2019.

“We’ve got a great combination on that car and Lizzy is going to be fast,” team owner and crew chief Pat Musi said. “We’ve really had only one year in the No Prep Kings deal, and Lizzy was the first woman to win one and the first person to win three in a row, and now that car is 10 times the car it was. Jerry Bickel made it safe for her and the car is just bad ass.”

That has the team plenty excited for the Street Outlaws: No Prep Kings season. It’s a busy schedule that starts this weekend and concludes later this year in Dallas, but Musi is confident the team will thrive on the track, which is their more natural setting.

Last year, Musi took part in Street Outlaws: Fastest in America, filming extensively on public roads at undisclosed locations. Musi and the team spent extended time on location and it proved to be a challenge for all the teams involved.

With the return of Street Outlaws: No Prep Kings, Musi Racing will again be racing at tracks across the country, looking to replicate that 2019 success.

“We’re going back to a car that has a lot of test runs and has had a lot of success,” Musi said. “Before COVID hit, we made 25 test runs, making 23 full runs and we’re pretty confident about the car. Honestly, that (Fastest in America) deal was really tricky. It really limited how much power you could have and it was very difficult to test. We’ve got a great combination for this No Prep Kings deal, and to get back racing, it is nice and it’s great for Lizzy.”

The Musi Racing team has big things in the works back at their Mooresville, NC headquarters as well. Using a number of components from Jerry Bickel Race Cars, Robert Hayes at Robert Hayes Race Cars led the charge on building Musi a new ’69 Camaro for the Street Outlaws: No Prep Kings circuit. The all-steel Camaro will have the latest and greatest from Bickel, Hayes and Pat Musi Racing Engines, including the powerful and popular 959 cubic-inch nitrous engine.

Musi believes the car will debut later this summer and he isn’t shy about its potential.

“We’ve all been working together to build the car. Robert’s done a great job and Jerry has been really influential getting us headed in the right direction,” Musi said. “That ’69 Camaro will show its face here pretty soon and everybody better stand back. We’re always pushing forward and we’re excited to see what we can do with that new car.”