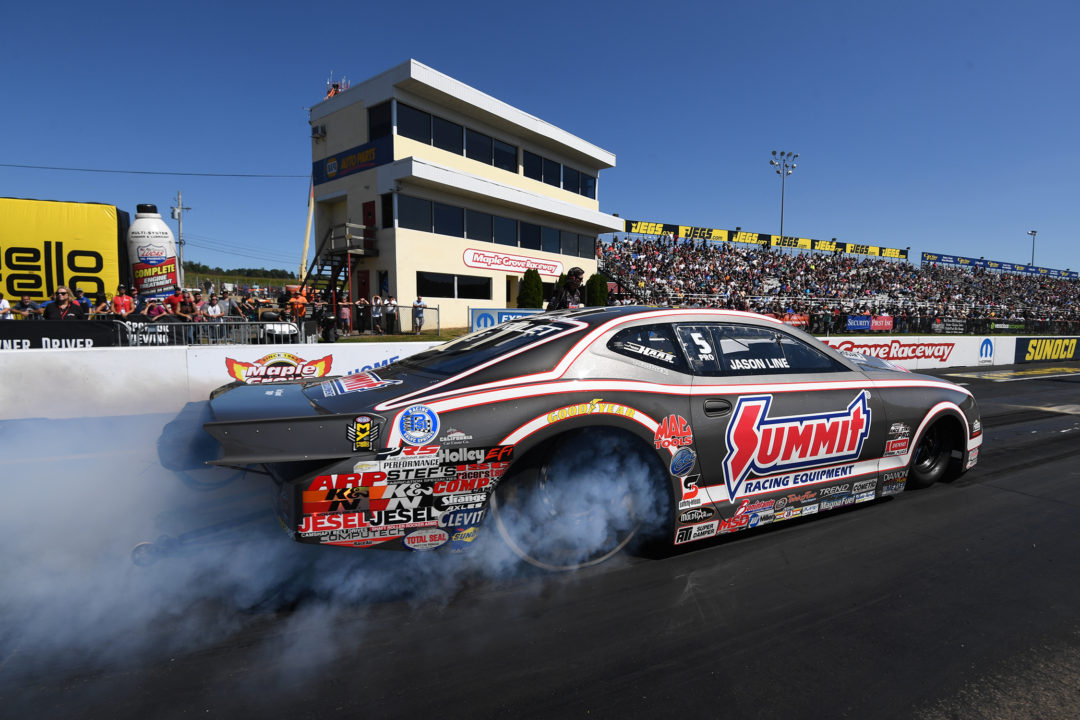 Jason Line’s silver Summit Racing Chevrolet Camaro has been a mean hot rod for the past few races, and on raceday at the 35th annual Mopar Express Lane NHRA Nationals, the power of his KB Racing Pro Stocker was again rewarded with victory.

Brainerd winner Line scored the first win of the 2019 NHRA Mello Yello Drag Racing Series Countdown to the Championship with a final-round defeat of KB Racing teammate Fernando Cuadra and vaulted into the points lead on Sunday at Maple Grove Raceway.

It was the 50th Pro Stock win of Line’s career and 52nd overall, including his two Stock Eliminator victories.

“This is probably the best Summit Racing Chevy Camaro I’ve ever had, and all I have to do is not mess it up,” said Line, following the 46th all-KB Racing final round and 158th win for Ken Black’s Mooresville, N.C., based team.

“It was a lot of fun to have Fernando in the other lane. I have to say congratulations to him; it was his first final round, and they did a heck of a job. He’s going to get a win – it just wasn’t going to be today.”

In the final, Cuadra was first to launch by a bunch, but Line made up ground efficiently with the most powerful Chevy Camaro on the property and laid down a 6.553-second pass at 210.60 mph to his challenger’s 6.594, 208.78. The margin of victory for the silver Summit Racing Chevy was just .009-second. 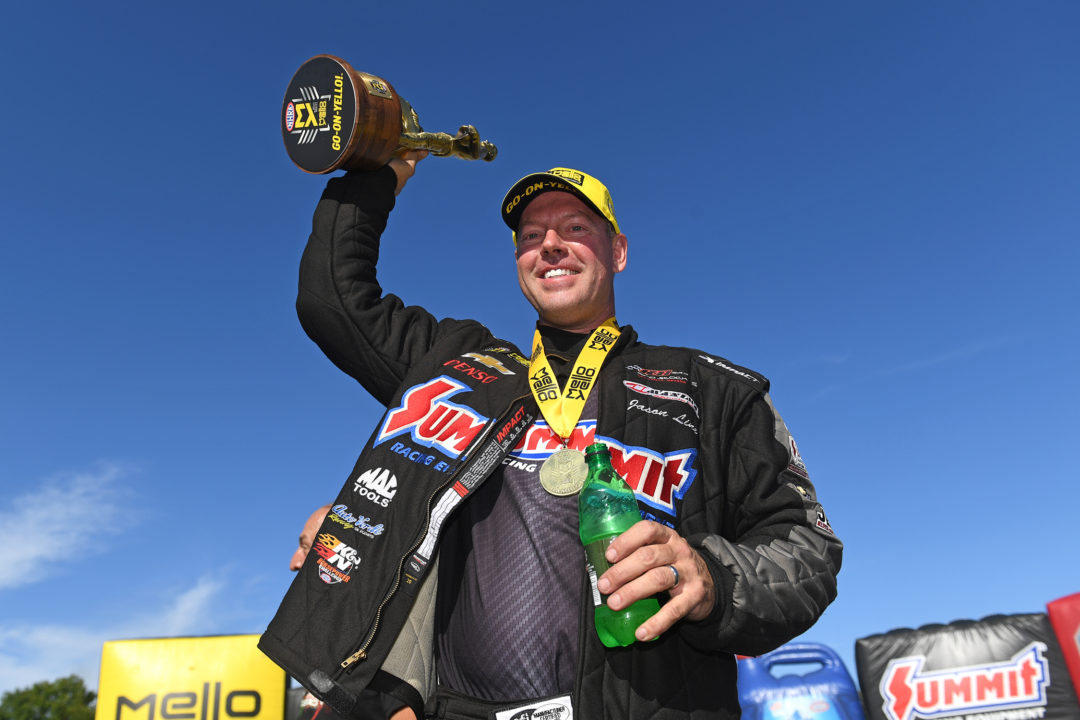 “I did not do good in the final by any means – other than not hitting anything – but I had a great hot rod, and I was pretty fortunate today,” admitted Line.

“If you would have asked me at Seattle if we had a chance to win the championship, I would have told you no. But right now, we arguably have the best car. I’m not trading with anybody, that’s for sure. We have a good chance, all we have to do is do a good job driving, and it will happen. That’s easier said than done, but that’s what makes Mello Yello drag racing great.”

“Bo Butner should stay away from Jason Line,” said Butner, following the round that took him out of the top spot in the Pro Stock points for the first time all year. “You want to win the first race of the Countdown, but you really want to win the first round, and we did that. But Jason has the car of the class right now, and he did what he needed to.

“If I liked him a lot more, I’d probably put a picture of me on his dash. When he’s thinking of me, he’s never worse than .015 on the tree. He does not want to lose to me; it’s like I’m his little brother. But I’m going to start being a mean little brother.”

Following his defeat of Butner, Line seized the opportunity to take down Matt Hartford, who had knocked Summit Racing teammate Greg Anderson out in the opening act. Line was 6.572, 210.57 to 6.604, 210.73 to get the win light over Hartford and reach his third Reading final round.

Line has won all three times he’s reached the money round at Maple Grove Raceway, and he’s had to defeat a KB Racing teammate in each of those three meetings: in 2004 he bested Team Summit counterpart Anderson, in 2011 it was KB Racing-powered Ronnie Humphrey, and this year Cuadra was on the receiving end of Line’s powerful Pennsylvania punch.

“This track has been very good to me,” said Line. “Over the years, I’ve traditionally had fast cars here. I’m not sure why it’s trended that way, but I like this place.”