Stevie “Fast” Jackson’s win at the Chevrolet Performance U.S. Nationals a year ago certainly wasn’t lacking in dramatic flair, slipping into the field on the fifth and final qualifying session before rolling to the victory. It was a moment for the ages for the E3 Spark Plugs NHRA Pro Mod Drag Racing Series standout, but it’s something the points leader would like to avoid heading to the 65th annual event, Aug. 28-Sept. 2 at Lucas Oil Raceway at Indianapolis.

After battling a variety of issues during qualifying, Jackson and his team found just enough to qualify 13th on his last opportunity. He grabbed that late momentum for the biggest win of his Pro Mod career, but trying to win his first E3 Spark Plugs NHRA Pro Mod Drag Racing Series presented by J&A Service world title, Jackson hopes to avoid any extra theatrics this year.

“I sure hope I don’t have to win it like that again,” Jackson said. “Indy is the granddaddy and the one (Wally trophy) everyone wants to have sitting on their mantle. I’m going to try to win again. I couldn’t care less about the points lead. I want to win a championship, but if I keep smashing people, the points championship will take care of itself.”

The race, which is presented by Hot Wheels, is the ninth of 12 events during the 2019 E3 Spark Plugs NHRA Pro Mod Drag Racing Series season and will be shown on Fox Sports 1 (FS1) and Fox Sports 2 (FS2). After a two-month break, the class resumes action in Indy and Jackson hopes to send a message that the finish to his 2019 season will be just as good as a start that has included two victories, the quickest run in class history and five final round appearances.

A second straight win at the Big Go would help that cause, as well as extend the 133-point lead he has on Jose Gonzalez. Jackson stayed busy in the downtime by racing at a Pro Mod event in Denver, testing a bunch of different things he believes will pay off down the stretch. He did the same thing a year ago, leading to back-to-back wins in Indy and St. Louis, and Jackson is locked in on doing that again in his supercharged Bahrain 1 Racing Chevrolet Camaro.

“The things and tools we used to win Indy last year I learned (in Denver), and I have learned things I’m going to use again,” said Jackson, who has seven career E3 Spark Plugs NHRA Pro Mod wins. “I don’t want anybody else to win a round of competition the rest of the season, and that’s what we always want, but we’ve got a hot rod that can make that happen if the driver can do his job. (Tuner) Billy Stocklin does a killer job tuning this thing. When he’s on, you’re not going to beat him and if I can do my job in the seat, it’s going to be fun going down the stretch.”

Jackson, though, knows nothing will come easy in the loaded class as he races against top talent like Gonzalez, Gainesville winner Todd Tutterow, defending world champ Mike Janis, Norwalk winner Khalid AlBalooshi, Bristol winner Sidnei Frigo, Atlanta winner Mike Castellana and Chad Green. But knowing the immense challenges that await, Jackson has been working hard to make sure his blown Camaro finishes 2019 on a strong note.

“My key is to not have any downtime,” Jackson said. “I’ve got a good hot rod and the key for me is to stay productive and make sure all the equipment is fresh, tight and ready to go. When we show up to Indy, we want to be ready.” 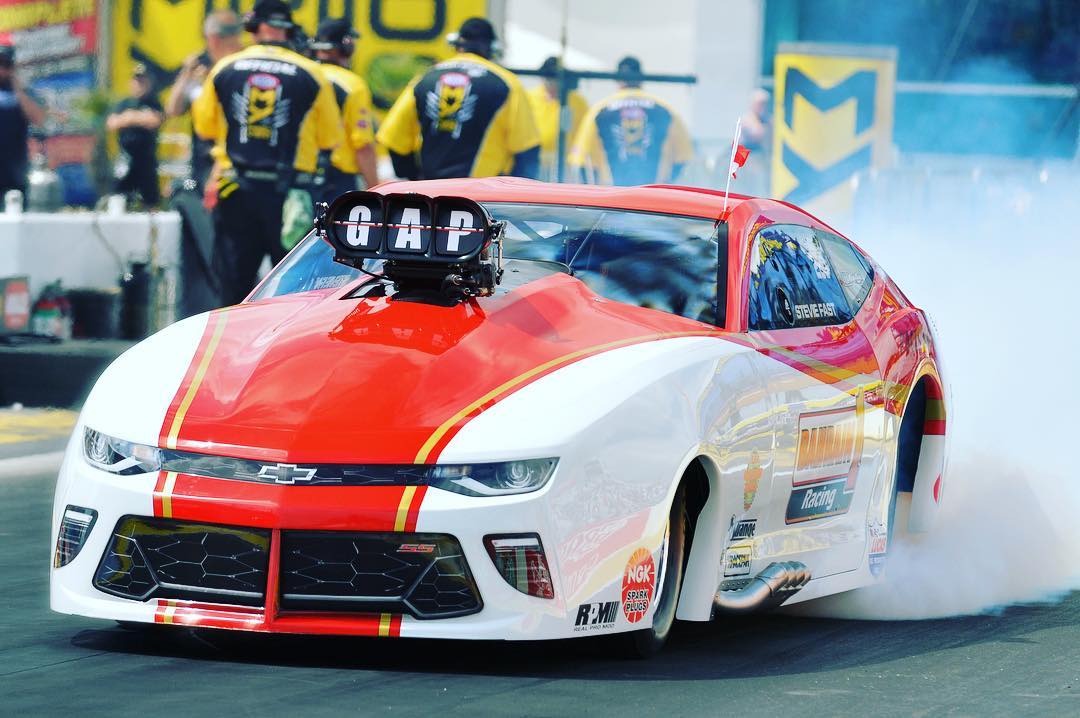