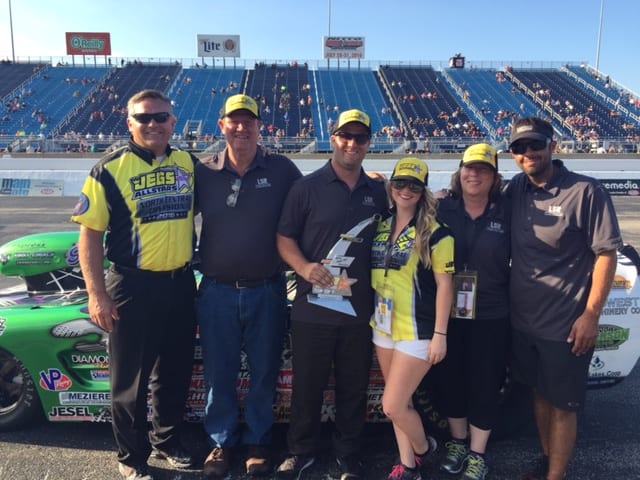 JRi Shocks would like to congratulate Trevor Larson on winning the Super Comp and Super Gas Titles using rear JRi Double Adjustable Shocks at the NHRA JEGS AllStar Event in Chicago, IL. Trevor became the first driver in the 32-year history of the JEGS Allstars to double up when he claimed both titles this past weekend.

“JRi Shocks helped us move to the next level in consistency and performance. We were looking to move from a Top 25 in the Nation car to a Top 10 and asked ourselves what we had to do; more repeatable 60ft times was one of our goals. JRi Shocks was instrumental in accomplishing that”, states Trevor Larson.

“Our car was not responding to changes made to the struts or shocks. We had JRi rebuild the struts, qualified for the AllStars Event and then sent the rears in to be rebuilt. This made the car consistent where it was lacking,” says Heber.