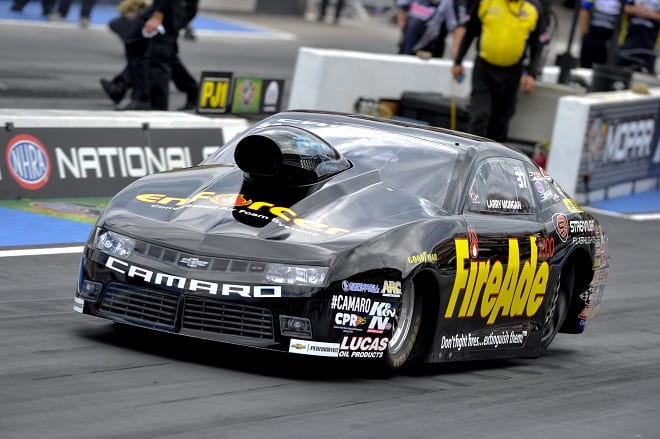 The following is a statement from NHRA Pro Stock driver Larry Morgan on the state of his Larry Morgan Racing team for the 2016 season:

“We are currently involved in securing additional sponsorship so we can continue our efforts in being a viable contender in Pro Stock. We were notified Feb. 3 by our 2015 major sponsor that they would not be able to support us like they had previously, so we have had to plan a different strategy at LMR for 2016.

Along with securing additional sponsorship for our race team, our other objective is to concentrate on our custom CNC machine shop.

I have not missed a Pomona race since 1984 and definitely want to continue that streak. We went to three finals last year and won two races, and I believe, ‘It’s not the size of the man in the fight, it’s the size of the fight in the man.’ I know I still have one good fight left in me, so don’t count me out!”