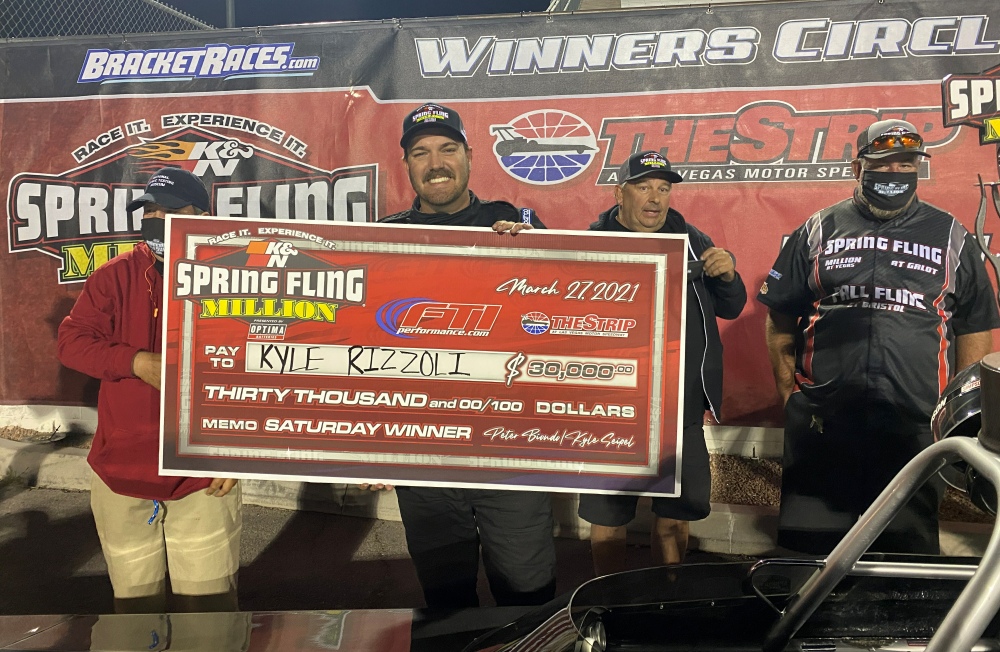 With the specialty awards behind them, racers moved into eliminations in the FTI Performance $30K. Four hundred eighteen racers entered the final $30K of the week which pushing it to a ten-round race for the title.

In round six of the FTI $30K, four cars remained in the Gearwrench Pro class and fifteen remained in Super Pro. In Pro, Seth McLean fell to Justin Lamb and Tony Gambardella lost to Kyle Rizzoli to setup a heavyweight Pro class final.

Justin Lamb and Kyle Rizzoli led off round eight with the Gearwrench Pro final. Lamb used a holeshot to earn the double-breakout victory and advance to the Super Pro ladder. Williams slipped past Ashe after trailing at the tree. Ashe took too much stripe to go -.002 under after Williams fed him the stripe. Jeff Verdi used a holeshot to stop Coltrin’s roadster, Thompson advanced after Mudd missed the tree, and Rizzoli took the bye.

With five cars remaining in round eight, Jeff Verdi sat on the bye courtesy of his .008 reaction in the previous round. Williams advanced after Thompson turned it .003 red. That left a rematch of the Rizzoli, Lamb matchup from the previous round. This time Rizzoli took the win in his dragster after Justin missed the tree.

At three cars, Rizzoli earned the bye after Verdi and Williams had already received bye runs in previous rounds. In the semifinal matchup, Verdi grabbed a .016 to .045 advantage off the line and advanced to the final after posting a dead on three lap.

This set up a classic door car versus dragster final and a east coast versus west coast final. West coast hitter Rizzoli grabbed the win in the dragster after posting a .021 package. Rizzoli’s .018 light and dead on 4.803 pass was too much for Verdi’s .032 light and dead on 5.913 effort. 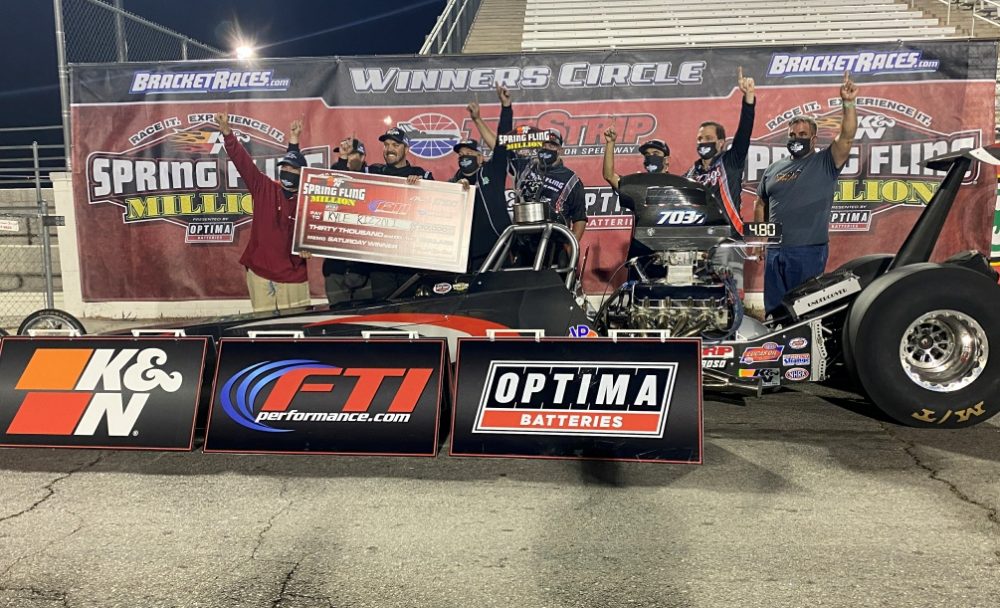 Special thanks to www.bangshift.com, JEGS, and Hoosier Racing Tire for providing the live stream from the Spring Fling Million this week.