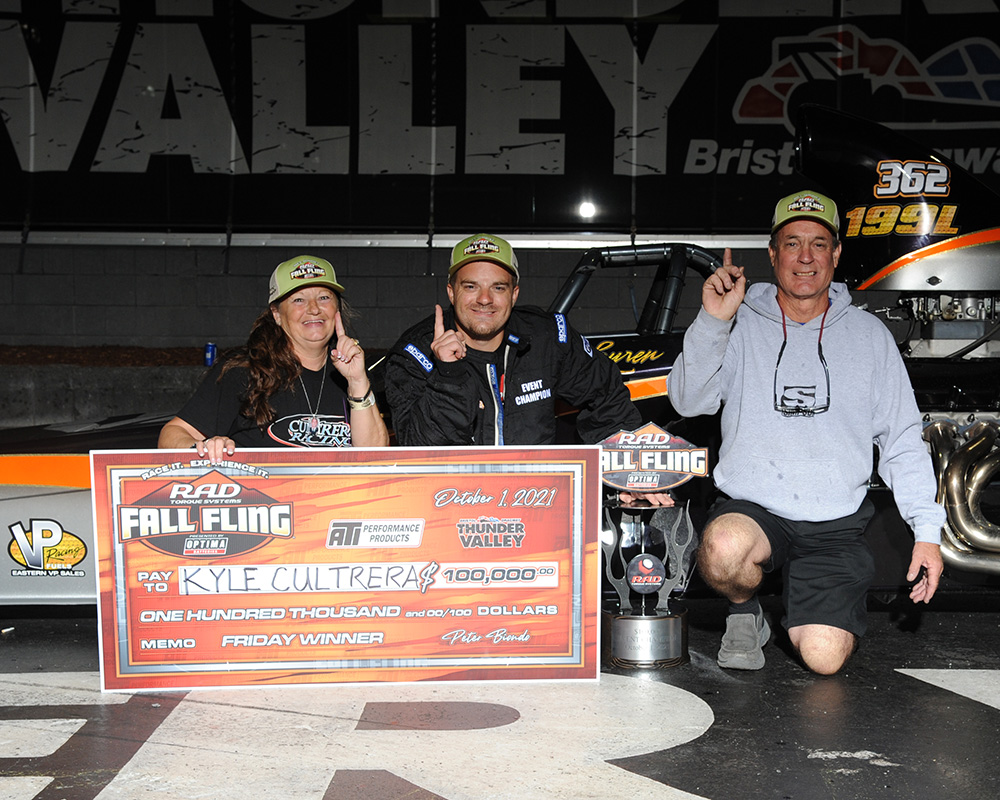 A packed day of action was in store for ATI Performance Products 100K main event Friday at the RAD Torque Fall Fling presented by Optima Batteries. The day began with the Fall Fling Reaction Time Challenge followed by New Entry Time Runs before getting into a special presentation preceding the first round.

From the beginning of the week, promoter Peter Biondo and the Fling Team promised to deliver a “game-changing” announcement for select events in 2022. At 9 a.m., racers and staff gathered in front of the Thunder Valley tower and viewers tuned in on MotorManiaTV.com and the Spring Fling Bracket Races Facebook page live streams.

“At the first two Fling events of 2022, we will allow doubles in any form. Same driver/same car doubles will be allowed. But the game-changer will be in the structure and enforcing it.”  Biondo added, “There are no blurred lines in this new format. You can double any which way but we will separate the doubles where they are grouped separate from single entries for the first two rounds.”

And with that, 371 drivers staged up for their shot at the $100,000 payday. As the sun sank down, it was time for the Mullis Race Cars Racer Appreciation Barbeque and the ladder round. Scott Albrecht, Jeff Serra, Kyle Cultrera, Cameron Manuel, Kris Whitfield, Robert Hindman, TG Paschal, William Daniels, and Ken Clark.

Hindman threw down four total after a perfect light in his foxbody Mustang on Serra for the win, Whitfield took one ten-thousandth on Albrecht to advance. Paschal defeated Manuel with a .019 advantage on the tree, and Cultrera took .001 on Daniels to get through. Clark ran it down to be dead-on one on his bye.

In the quarterfinals, Whitfield took .006 on Hindman to move into the semifinals, and Cultrera was .006 and dead-on six to knock out the S-10 of Clark. On his solo shot, Paschal turned it just two thousandths red.

The semifinals saw Whitfield take .002 to secure his place in the final round, and Cultrera let go .009 on his bye run. The final round match-up would be composed of two past Fling event winners — Cultrera a Wednesday 15K event at GALOT in 2020, and Whitfield at the first Spring Fling Vegas in 2013 for 3K. Whitfield also runnered-up several days ago in the Wednesday 15K, and earlier in the year at the Spring Fling Million main event. 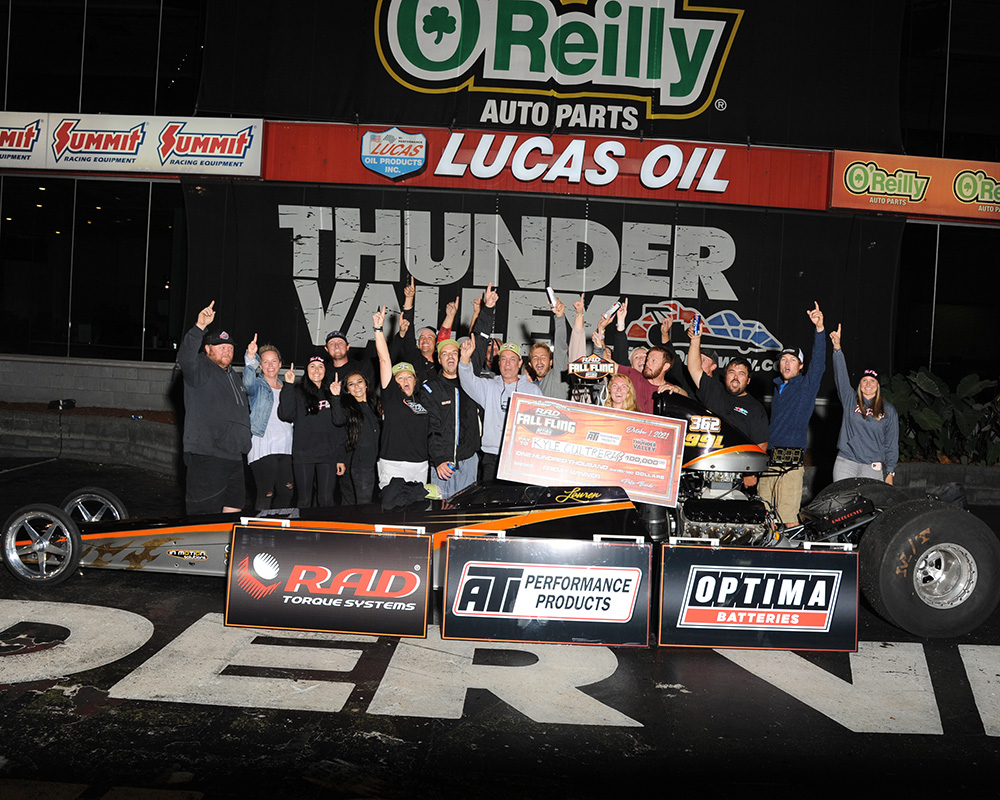 Six thousandths separated them on the tree in the final with the advantage going to Whitfield who ultimately broke out, and so Cultrera secured the $100,000 big check on ATI Performance Products Friday.

JEGS Performance 25K Saturday will be the last day of competition, and by racer vote the round money payouts will be doubled. All of the action will be streamed live as it happens on MotorManiaTV.com free to the viewer thanks to JEGS Performance and Mickey Thompson Tires and Wheels.

For more information, visit www.BracketRaces.com, the Spring Fling Bracket Races Facebook page, or text the word “BRISTOL” to (844) 832-9969 for race info and updates.