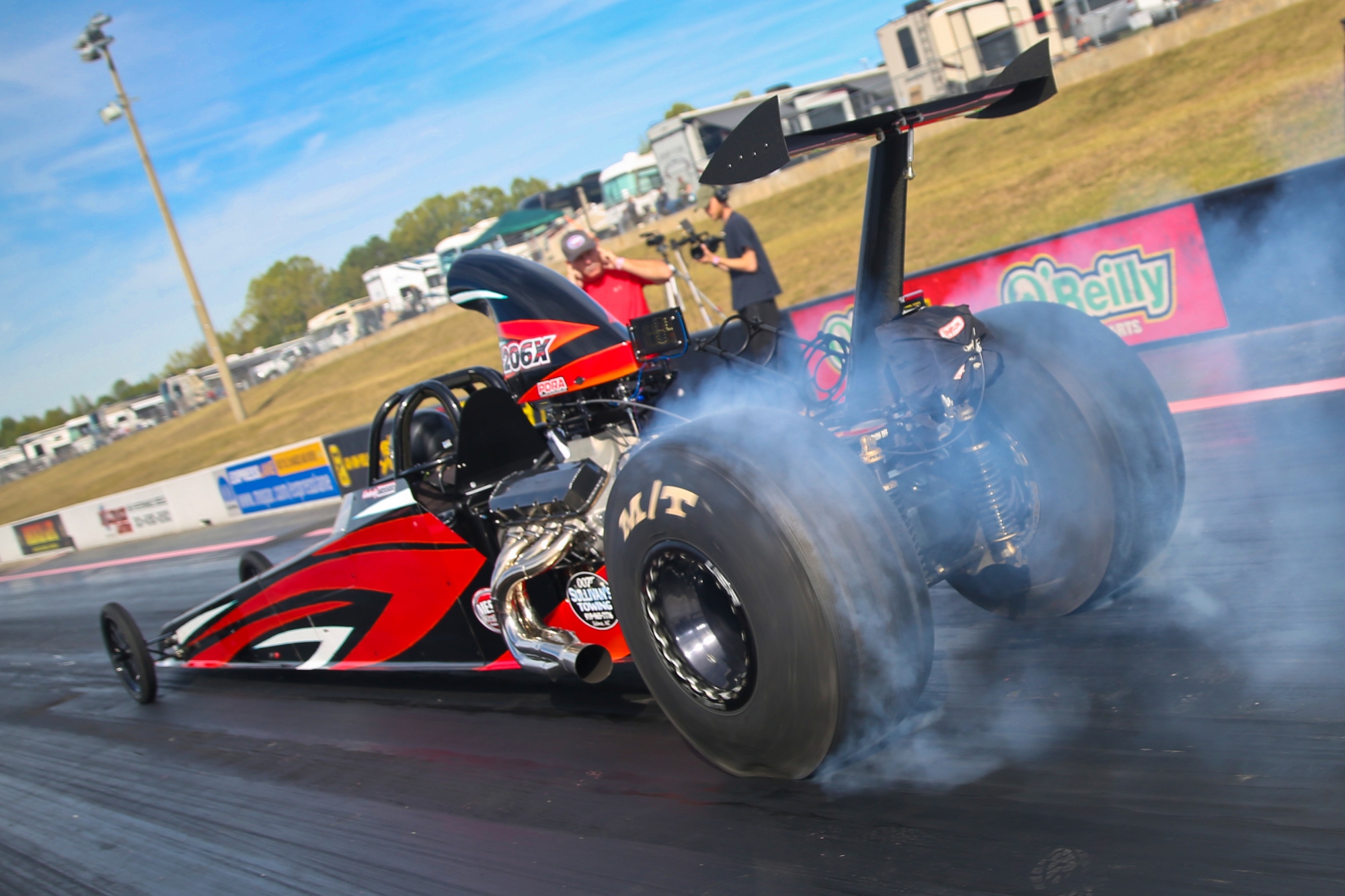 A world championship wasn’t even on Kimberly Messer’s mind when she stepped out of her Messer Racing Jr. Dragster over the winter and jumped into Lucas Oil Top Dragster 32 this season. She just wanted to get some experience and have fun racing with her father, Ricky.

While Messer’s runner-up finish at the season-opening East Coast Nationals presented by FuelTech at GALOT Motorsports Park didn’t necessarily add pressure to her season’s goals, it did help the daughter-father duo realize that they might be on to something.

“It was just a crazy weekend and we were all so humbled and excited that I could do that in a big car,” Messer, 19, said. “It really just boosted our confidence. We just kind of went from there. We went to the other races and I still did good and I started pulling in first place. It got to the point where we were like, ‘Hey, this is something we can go for.’”

As she alludes to, Messer’s season continued to pick up steam. She added a semifinal appearance at the Mid-Atlantic Showdown presented by Modern Racing at Virginia Motorsports Park in May, which started to inspire her championship aspirations.

The Messers didn’t originally plan to race at the Summer Nationals presented by Lithium Pros at South Georgia Motorsports Park or the Northern Nationals presented by Callies Performance at Ohio’s Dragway 42, as they were the furthest PDRA races from their home in Smithfield, North Carolina. But with a championship now on their minds, they decided to go to both races, a decision that paid off in a big way.

“Competition is always tough with Top Dragster,” Messer said. “We were just taking it round by round. I just kept my cool. My car rolled [in the final round] and I didn’t think I was going to have it. I raced my raced, though, and I kept cool. I did a little driving on the top end and somehow my win light came on. It was a great time for all of us. That was my first win in a big car, and for it to be PDRA, it meant so much more.”

Messer then went to her second consecutive final round – and third of the season – at the Northern Nationals. She didn’t win that final, though the loss didn’t sting as bad, as she lost to her boyfriend, Noah Johnson.

“Honestly, we both went into the finals just happy that our cars were in the finals,” Messer said. “It’s hard to do that. As I was growing up in Jr. Dragsters, my dad tried so hard to get both of our cars, mine and my sister’s, in the finals and it just never happened. We were both ecstatic and it didn’t throw off our game or anything. We were both going out there to do the same thing, and that was to win.”

The string of success padded Messer’s points lead going into the final few races of the season, but it also served as an affirmation that she was on the right track.

“For us to make it to the finals, a win and a runner-up, it made it a lot more special to us, knowing that if we strive for something like that, we can accomplish it,” Messer said.

Messer’s championship challenger, Steven Boone, went one round further than her at the penultimate race, the Fall Nationals presented by $hameless Racing at Darlington Dragway, but Messer’s lead was big enough that Boone was out of rounds to pass her, even with the Brian Olson Memorial World Finals presented by ProLine Racing and $hameless Racing at Virginia Motorsports left to run.

Messer was declared the 2019 Lucas Oil Top Dragster 32 world champion at Darlington, allowing her to enjoy the World Finals without a bit of pressure.

“When we finally knew that we secured it, it was so hard to believe,” Messer recalls. “It didn’t hit me until we were at the World Finals and I was like, ‘Wow, I’m a champion.’”

Messer and the other 2019 PDRA world champions will be honored at the annual PDRA Awards Banquet during the Performance Racing Industry (PRI) Show weekend in Indianapolis, Saturday, Dec. 14.