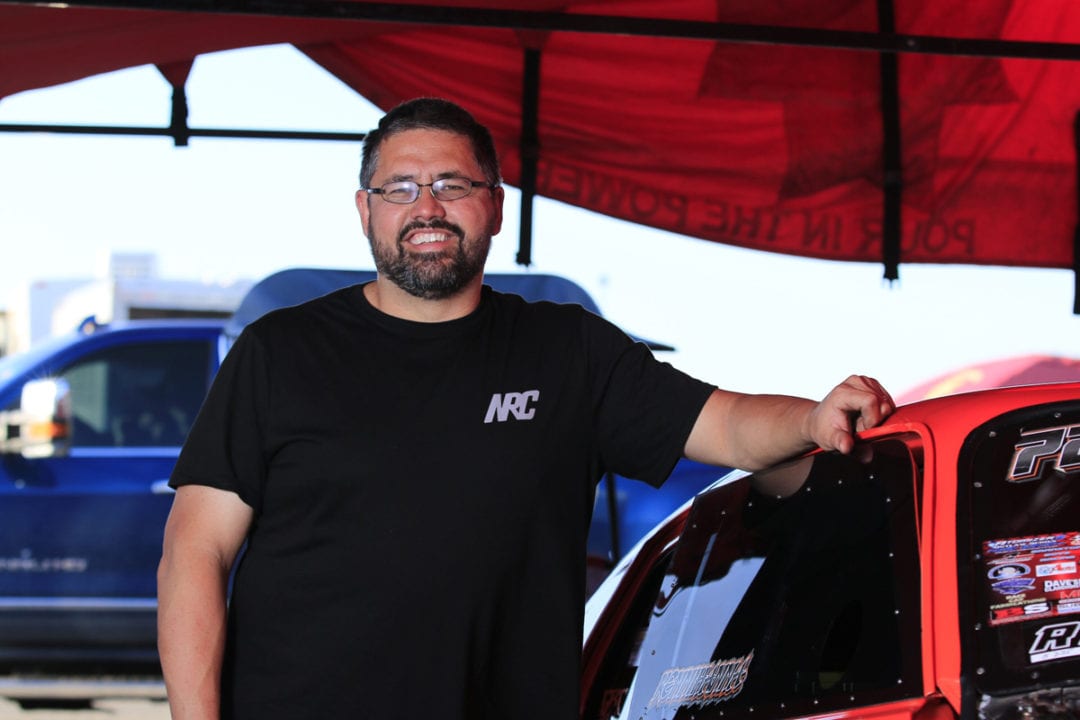 Kenny Hubbard remembers telling somebody back in high school he wanted to have the fastest car in town. It drew a chuckle and the Texas native would often repeat it, with every laugh making Hubbard even more determined to make it happen.

“It drove me so much. I think of that everyday,” Hubbard said. “I wish I could find him and tell him what I’m doing now.”

Hubbard has backed up his word and he’s also become the life of the pits in the process. Affectionately known as “Kennihanna” for having the ultimate food spread in the radial world, the best chef in the sport has done just as well on the track.

He became the first car to reach the 4.20s on drag radials, doing so in 2012, and after a few years of lying low, Hubbard has had a resurgent 2017 in X275. He finished as runner-up in X275 and Outlaw 632 at Lights Out 8 in February at South Georgia Motorsports Park, and then has responded with back-to-back wins in his striking, nitrous-powered ’74 Chevrolet Nova. Hubbard and the old-school Nova won the Throwdown in T-Town in X275 in May at Tulsa Raceway Park and followed with a victory a weekend later at Takedown III at Darlington Dragway.It’s an enjoyable run for what could be one of the nicest, most well-regarded racers in the drag radial community.

“More than anything I try to be a helpful person,” Hubbard said. “I just know if you do good for people, they’ll do good for you. This is a hobby and sport we enjoy, and I’ve never been greedy. I was always taught to be generous and it’s come back to me tenfold. I have so many people to thank and they flip the script and tell you thank you.”

Born in Vietnam – Hubbard’s mother is Chinese and his father is American – Hubbard saw the value of good morals from parents who have now been married more than 45 years. His mother also passed on an egg roll recipe that is the talk of the drag radial pits when it comes food. The extravagant food set-ups that now draw dozens anytime Hubbard races first started with a grill and a few burgers. But word quickly spread and Hubbard’s cooking budget gradually rose, where it’s now close to $1,000 per race and upwards of $3,000 for the Lights Out event. He’s gone from 50 egg rolls to 600 per race – all thanks to word of mouth – and it’s an aspect Hubbard enjoys almost as much as the racing.

“It’s a lot of fun,” Hubbard said. “I never think I’m better than anybody and I was not raised on money. But good morals got me through life and I’ve been blessed. I look back and think how did I get what I have, and I think it’s just being generous. It’s just been awesome.”

Hubbard’s racing took shape in the late 2000s with success in Outlaw 10.5 before moving to the X275 and drag radial world. After the history-making run in 2012, Hubbard never found consistent success until he took his engine to longtime Pro Mod racer Jeff Naiser and Naiser Racing Components. With Naiser’s help on the engine, Dan Barton working on the cylinders and other key adjustments – Hubbard credited Joe Rivera at Pro Torque for the EV2 converter, Sebastian Domingo for the AMS-2000 boost controller and close friend Dean Marinis, who ousted Hubbard in the X275 final at Lights Out 8 – the drag radial veteran has been impressive in 2017.

“We’ve come such a long way, but people don’t realize how many hours we have in this program,” Hubbard lamented. “Without Jeff, I wouldn’t be here. Last year we started getting a good handle on things. We did a lot of testing and went fast, but at the races we struggled because all we knew how to do was go fast. Now we’re consistent and make the right calls.”

Perhaps the most key component in all of it is Hubbard’s wife, Billie. Married for 18 years, Billie is involved of every aspect of her husband’s racing, whether it’s making ultra-fast runs down the track or helping keep bellies filled in the pits. That shared interest adds one more fulfilling layer to Hubbard’s life and it’s why he has no complaints with any of it.

“She doesn’t just come to the track,” said Hubbard, whose 2017 schedule likely includes a stop at the Yellow Bullet Nationals for the first time, as well as No Mercy in October. “She’ll download the runs, read the Racepak, make some changes to the MSD. She makes very good notes and loves to go drag racing just as much as I do. I’m blessed for sure.

“We have nowhere the financing or backing like some people, but we have a good time and live life to the fullest with what we have.”